COVID-19 in the Black Sea: Potential Threats and Regional Coordination 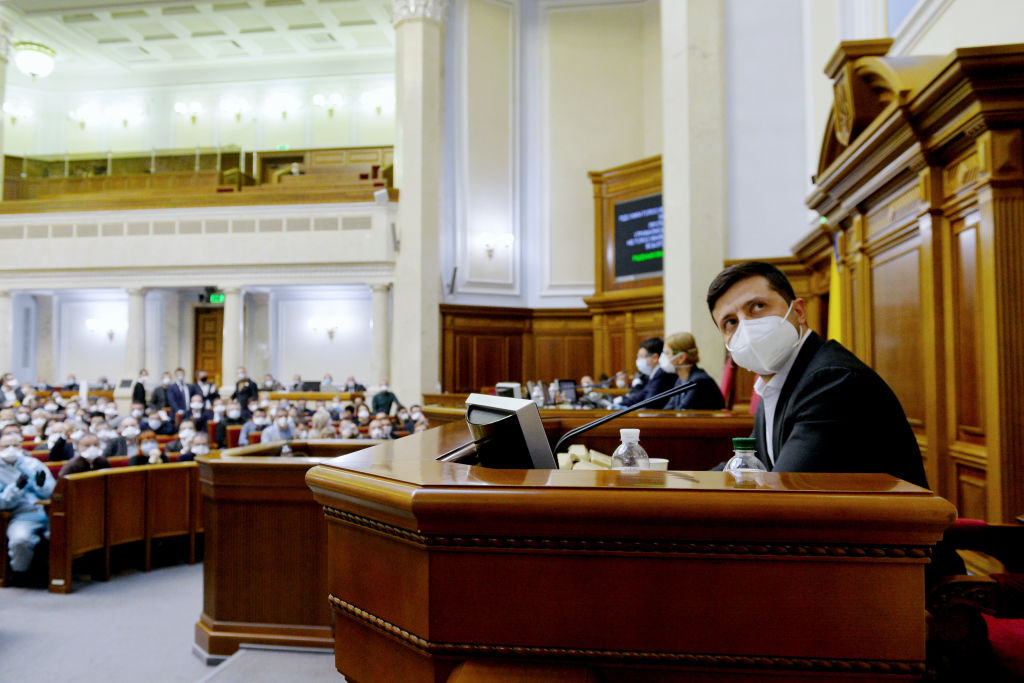 The Middle East Institute (MEI) is pleased to host a virtual panel to discuss the public health, economic, security and political implications of COVID-19 on the Black Sea region.  Situated at a crossroads between Europe, the Middle East and Central Asia, Black Sea states are particularly susceptible to the threat of the virus. There are questions around whether healthcare systems will withstand the flood of patients, if regional economies reliant on tourism can weather the crisis, and what will happen to the region’s most vulnerable communities, such as Turkey’s Syrian refugee population or those living in the conflict areas of Ukraine and Georgia.

This panel will be the first in a series of COVID-19 events hosted by MEI’s Frontier Europe Initiative and will focus on the following questions:

How are healthcare infrastructures coping with the strain? What could a coordinated regional approach to the virus look like in practice? How have Black Sea economies been impacted already, and what should we expect in the coming weeks and months? What is the role of regional cooperation and international organizations in mitigating damage to the region, including in occupied territories? What are the potential risks posed by COVID-19 on Black Sea security?

MEI’s Frontier Europe Initiative explores interactions between Middle East countries and their Frontier Europe neighbors – the parts of Eastern Europe, Central Asia and the Caucasus which form a frontier between Western Europe, Russia and the Middle East. The program examines the growing energy, trade, security and political relationships with the aim of developing greater understanding of the interplay between these strategically important regions.

Dr. Altindis received his B.S. degree from Ege University and completed an M.Sc. at the Middle East Technical University. Following this, he moved to Italy to work at Novartis Vaccines and Diagnostics and to start his PhD at Bologna University. He worked at Harvard Medical School as a postdoctoral fellow and instructor from 2011 to 2018.

Dr. Altindis is a recipient of the Mary K. Iacocca Postdoctoral Fellowship and the Harold & Leila Y. Mathers Foundation Award.

Iulia-Sabina Joja
Senior fellow, Frontier Europe Initiative, Middle East Institute
Iulia-Sabina Joja is a Senior Fellow for the Frontier Europe Initiative. She also is a DAAD post-doctoral fellow at the Foreign Policy Institute of the Johns Hopkins School of Advanced International Studies, as well as an adjunct professor at Georgetown University. Joja's research and teachings focus primarily on European and Black Sea security.

Prior to this, Joja served as an adviser to the Romanian President and as a deputy project manager at NATO Allied Command Transformation in Virginia. She has worked with the Romanian delegation to the United Nations, the European Parliament and the Romanian Ministry of Foreign Affairs. Joja was also a visiting scholar at the Center of Military History and Social Sciences of the German Armed Forces in Potsdam/Berlin.

Ms. Kvrivishvili has extensive public and private sector experience, including in the aviation sector where she worked in senior managerial positions for Georgian Airways and flydubai. She led efforts to introduce three international airlines to the Georgian market and has played an integral role in shaping government policy on tourism, especially as it relates to visa-free regulations.

Paul Salem, moderator
President, MEI
Paul Salem is president of MEI. He focuses on issues of political change, transition, and conflict as well as the regional and international relations of the Middle East. Salem is the author and editor of a number of books and reports including Escaping the Conflict Trap: Toward Ending Civil Wars in the Middle East (ed. with Ross Harrison, MEI 2019); Winning the Battle, Losing the War: Addressing the Conditions that Fuel Armed Non State Actors (ed. with Charles Lister, MEI 2019); From Chaos to Cooperation: Toward Regional Order in the Middle East (ed. with Ross Harrison, MEI 2017); Broken Orders: The Causes and Consequences of the Arab Uprisings (In Arabic, 2013); Thinking Arab Futures: Drivers, scenarios, and strategic choices for the Arab World (The Cairo Review Spring 2019); The Recurring Rise and Fall of Political Islam (CSIS, 2015);  Bitter Legacy: Ideology and Politics in the Arab World (1994); and Conflict Resolution in the Arab World (ed., 1997).  Prior to joining MEI, Salem was the founding director of the Carnegie Middle East Center in Beirut, Lebanon between 2006 and 2013.  From 1999 to 2006, he was director of the Fares Foundation and in 1989-1999 founded and directed the Lebanese Center for Policy Studies, Lebanon's leading public policy think tank.