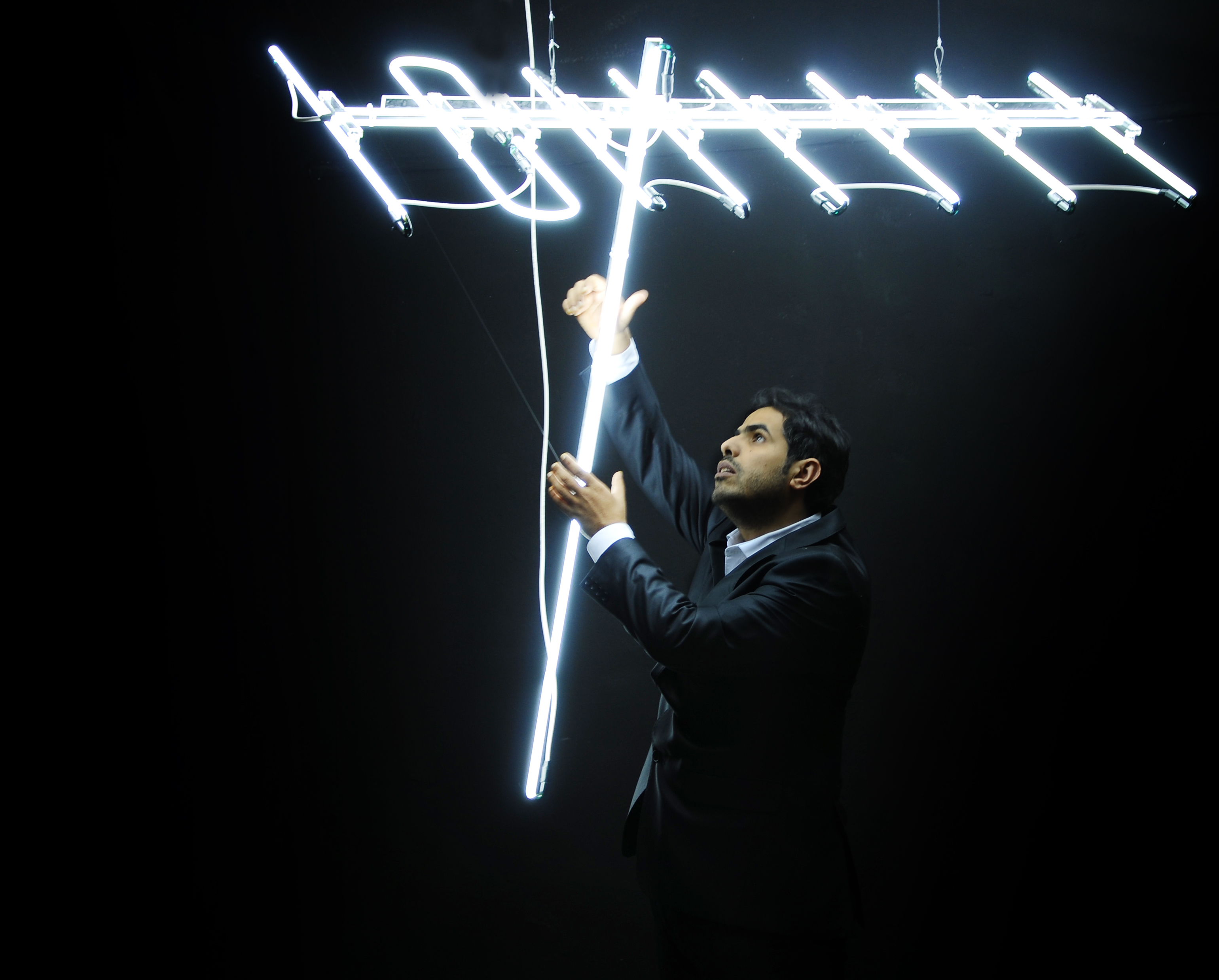 *IMPORTANT UPDATE: This event was rescheduled for Thursday, March 24 from 4:00pm-5:00pm. Due to a security shutdown in the vicinity of the White House, the Corcoran was closed on Tuesday, March 22 and this event was cancelled*

The Middle East Institute (MEI) and the Corcoran School of the Arts and Design at George Washington University are pleased to co-host leading Saudi artist Ahmed Mater for a discussion about his groundbreaking work in video, photography, painting, and installation offering an unparalleled perspective on contemporary Saudi Arabia.

He will be joined in conversation by Carol Huh, curator of contemporary Asian art at the Freer|Sackler Gallery, which is hosting Mater's first solo U.S. exhibition, Symbolic Cities, opening on March 19.

Mater's work explores the narratives and aesthetics of Islamic culture in an era of globalization, consumerism, and transformation. His recent work increasingly uses image and video to explore local collective memory and unofficial histories behind contemporary Saudi Arabian sociopolitical life with a focus on the cities of Mecca and Riyadh.

The conversation will be moderated by Sanjit Sethi, director of the Corcoran School of the Arts and Design.

This event is supported by Art Jameel. Art Jameel, one of Community Jameel's Initiatives, fosters and promotes contemporary art and creative entrepreneurship across the MENAT region.

This is just one in a series of Mater's public appearances during his visit to D.C. this month. Click below to learn more about other opportunities to see him speak. March 22
New Voices, New Visions: The Impact of the Arts in Saudi Arabia

March 24
A Night of Art, Rap, and Pop Culture from the Arabian Peninsula

Ahmed Mater
Saudi Arabian Contemporary Artist
Ahmed Mater, born and raised in southern Saudi Arabia and trained as a medical doctor, has been a practicing artist since the early 1990s. Mater's work grapples with the narratives and aesthetics of Islamic culture in an era of globalization, consumerism, and transformation. Using photography and video, Mater explores collective memory and unofficial histories behind contemporary Saudi Arabian sociopolitical life. In 2003, Mater founded Al- Meftaha Arts Village in Abha and co-founded Edge of Arabia, a non-profit social enterprise dedicated to dialogue and exchange between the Middle East and the West through exhibitions, publications, and public programming. His Freer|Sackler exhibit, Symbolic Cities, presents the extraordinary transformation of Mecca and the artists’ visual and aural journeys observing economic and urban change in Saudi Arabia. Mater’s work has been widely exhibited around the world, including at The Mori Museum of Art in Japan, the Sharjah Biennale in UAE, Home Works 6 at Ashkal Alwan in Lebanon, and Galleria Continua’s Le Moulin in France, among others. Additionally, his work is in the collection of the British Museum in London, the Los Angeles County Museum of Art, the Museum of Islamic Art in Doha, and the Centre Pompidou in Paris. Most recently, Mater debuted his 100 Found Objects at the Sharjah Art Foundation.