Drivers of Violence in Israel-Palestine 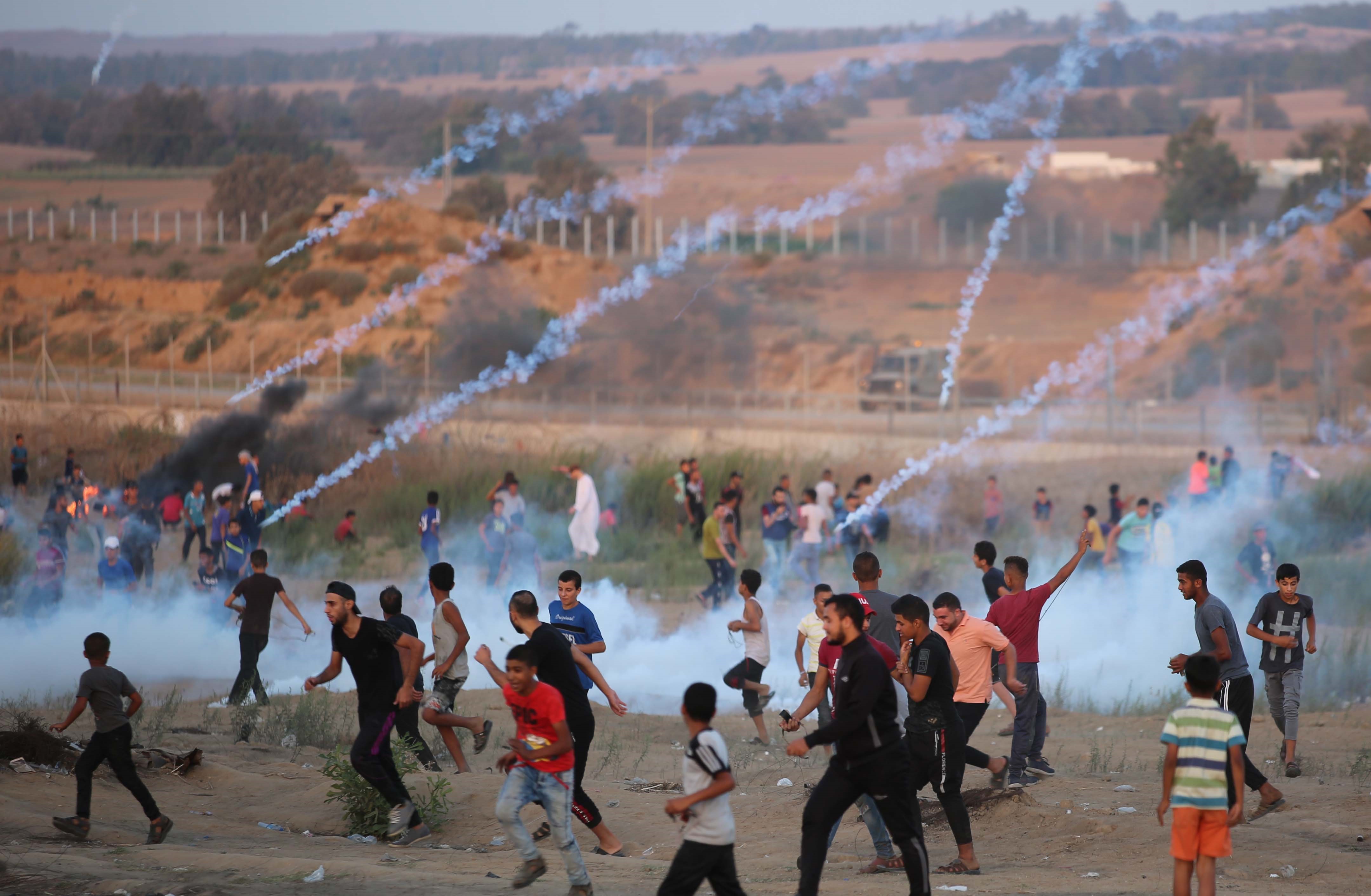 Registration for this event is now closed.

The Middle East Institute (MEI) is pleased to host a panel discussion surrounding the release of MEI scholar Nathan Stock's paper, "There Is No "Status Quo": Drivers of Violence in the Israeli-Palestinian Conflict." In his paper, Stock examines surges of violence within the sociopolitical context of continued occupation, Israel’s unwillingness to recognize Palestinian statehood, and the absence of a strong, representative Palestinian leadership. The report highlights trends such as the Trump administration’s radical reduction of aid to Palestinians, the absence of a plan to elect a Palestinian leader to succeed President Abbas, and the tense political environment in Israel as worrying indicators of increased violence on the ground.

Nathan Stock will be joined in conversation with Khaled Elgindy (Brookings Institution) to explore the key themes of his paper and their relevance to policymaking. Muna Shikaki, correspondent for Al-Arabiya News Channel, will moderate the conversation.

Nathan Stock | Non-resident scholar, Middle East Institute
Nathan Stock is a non-resident scholar at the Middle East Institute. Prior to joining MEI he spent nine years working for former President Carter’s organization, The Carter Center. He served in the Center’s Conflict Resolution Program, out of Atlanta, GA, before moving to Jerusalem to run the Center’s Israel-Palestine Field Office. Stock led Carter Center efforts to facilitate the reunification of the Palestinian political system and to assert Palestinian sovereignty via international fora. He designed and managed projects targeting the Fatah-Hamas conflict, and implemented programming to monitor and advance political solutions to the Syrian civil war. During the Al-Aqsa Intifada, he lived in the Gaza Strip, working with a Palestinian NGO to design and fundraise for conflict resolution programs targeting the Palestinian community. Stock is currently based in South Carolina, where he consults and writes on Israeli-Palestinian affairs.

Khaled Elgindy | Nonresident senior fellow, Center for Middle East Policy, Brookings Institution
Khaled Elgindy is a nonresident senior fellow in the Center for Middle East Policy at Brookings and a founding board member of the Egyptian American Rule of Law Association. He previously served as an advisor to the Palestinian leadership in Ramallah on permanent status negotiations with Israel from 2004 to 2009, and was a key participant in the Annapolis negotiations held throughout 2008. He is a co-author of "The Arab Awakening: America and the Transformation of the Middle East" (Brookings Institution Press, 2011). Elgindy holds a master’s in Arab studies from Georgetown University and a bachelor’s in political science from Indiana University.

Muna Shikaki (moderator) | Correspondent, Al-Arabiya News Channel
Muna Shikaki is an on-air correspondent for Al-Arabiya News Channel, a leading Arabic language news network. Based in Washington, D.C. since 2004, she covers a broad range of issues including U.S. elections and politics, foreign policy, and Arab and Muslim American communities. Shikaki has reported from over 30 U.S. states, Guantanamo Bay, Cuba, Dubai, the Palestinian Territories, and South America . She was a 2004 Fulbright scholar at Columbia University in New York, where she earned her M.S. in Journalism. She completed her B.A. at Birzeit University in Ramallah, Palestine.