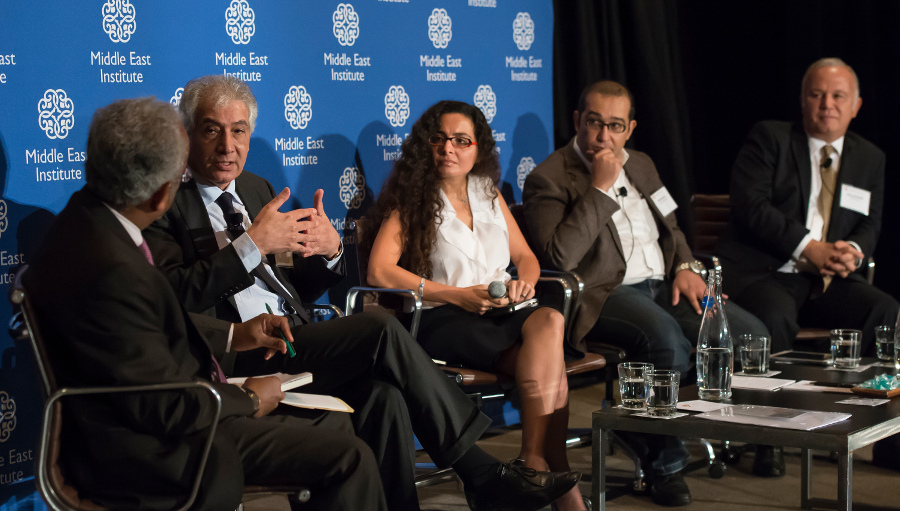 Keynote: Egypt's Foreign Policy in a Time of Crisis: A Conversation with H.E. Nabil Fahmy [TRANSCRIPT]
Former Minister of Foreign Affairs of Egypt
Introduction by Paul Salem, Vice President for Policy and Research at The Middle East Institute

Panel 3 - Engaging Youth in the Future of Egypt [TRANSCRIPT]