Escaping the Conflict Trap: Towards Ending Civil Wars in the Middle East 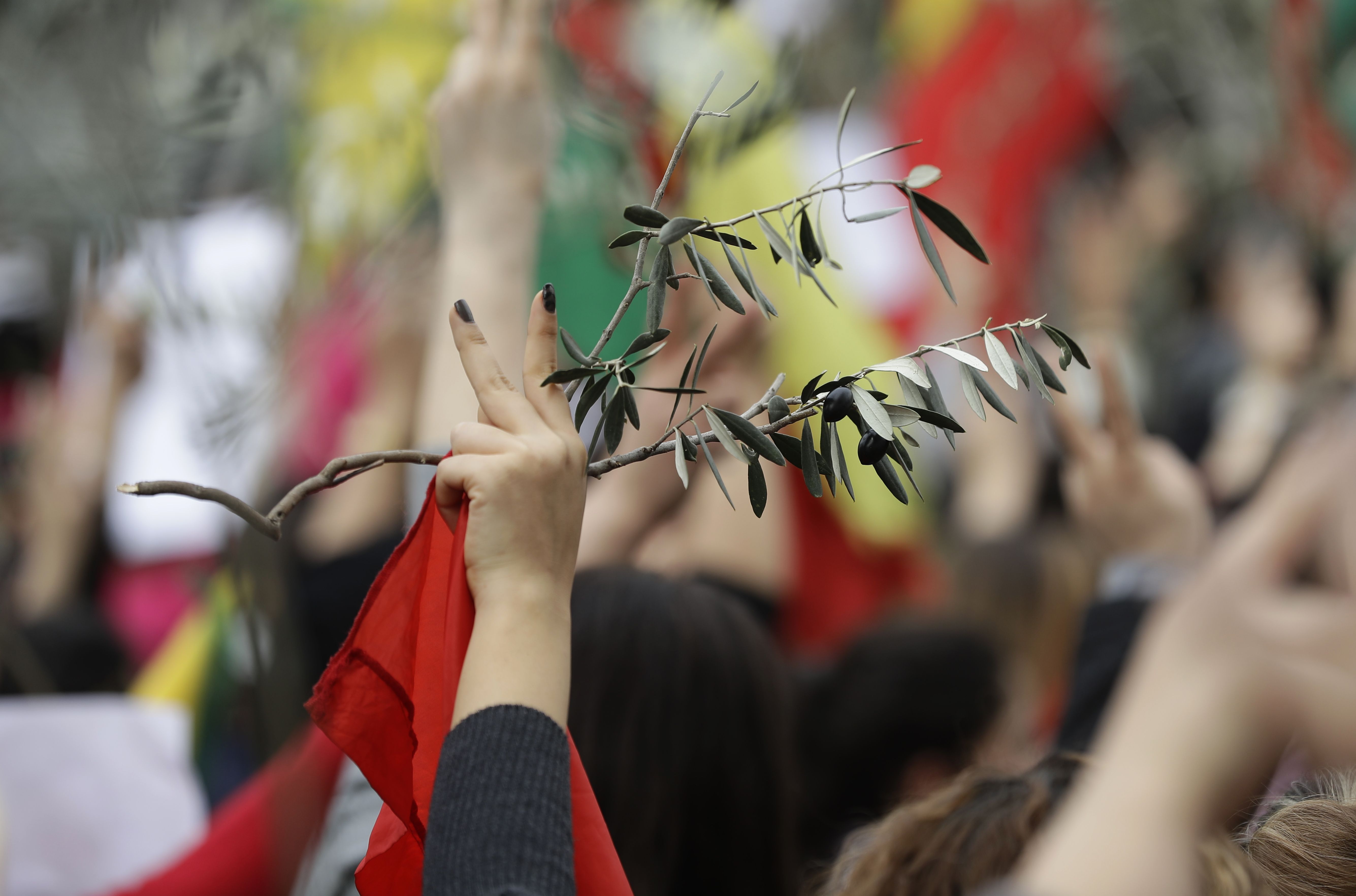 The civil wars racking the Middle East have torn the political, social and economic fabric of Syria, Iraq, Afghanistan, Libya and Yemen. But beyond the internal cost of these conflicts, they are also disrupting the regional political order in ways that will have implications for whether the Middle East stabilizes as we move towards 2030 or continues on its current tumultuous and violent path.

MEI has released a path-breaking book, Escaping the Conflict Trap: Toward Ending Civil Wars in the Middle East to deal with these difficult but important issues. The book was co-edited by MEI President Paul Salem and MEI Senior Fellow Ross Harrison, and includes contributions from former senior diplomats, MEI scholars and academics.

This half-day conference will address the insights and findings from this important book. Contributing authors will share their views about the individual civil wars, as well as the regional and global geopolitical backdrop of those wars. If you want to gain insight into what needs to happen at the national, regional and global levels in order to bring these civil wars to an end, please join us for this exciting event.

Nadia Bilbassy
Senior correspondent, Al-Arabiya TV and MBC TV
Nadia Bilbassy-Charters leads the Al Arabiya News Channel Washington bureau. Ms. Bilbassy has been a foreign correspondent for over 20 years. She was the first Arab female journalist to be based in Nairobi, Kenya for a major Arabic TV station and has reported from conflict zones in Iraq, Sothern Sudan, Rwanda, Somalia, Congo, and Eritrea. Since 2003, she has been based in Washington D.C. for both Al-Arabiya and MBC TV, reporting on U.S. foreign policy in the Middle East. She covered three presidential elections and reported on the 9/11 suspects from Guantanamo Bay. Her interview subjects have included President Barack Obama, President George W. Bush, Prime Minister Tony Blair, President Mahmoud Abbas, President Yasser Arafat, Secretary of State Condoleezza Rice, and Queen Noor of Jordan. She began her career in Gaza during the first Intifada in 1987 as reporter for Agence France Press.

Chester Crocker
Former Assistant Secretary of State, Bureau of African Affairs; James R. Schlesinger Professor of the Practice of Strategic Studies
Chester A. Crocker is the James R. Schlesinger professor of strategic studies at Georgetown University’s Walsh School of Foreign Service and serves on the board of its Institute for the Study of Diplomacy. Dr. Crocker’s teaching and research focus on international security, conflict management and mediation.From 1981 to 1989, Dr. Crocker served as Assistant Secretary of State for African Affairs. He developed the strategy and led the diplomacy that produced the treaties signed by Angola, Cuba, and South Africa in New York in December 1988. These agreements resulted in Namibia’s independence (March 1990) and the withdrawal of foreign forces from Namibia and Angola. President Ronald Reagan granted him the President’s Citizens Medal, the country’s second highest civilian award. Dr. Crocker chaired the board of the United States Institute of Peace (1992-2004) and continued to serve as a director through 2011 of this independent, nonpartisan institution created and funded by Congress to strengthen knowledge and practice in international conflict. He serves on the board of the Good Governance Group Ltd, an independent strategic advisory firm. He is a founding member of the Global Leadership Foundation, a leading international NGO that advises leaders facing governance and conflict challenges; and also serves on the board of the Ngena Foundation, and the international advisory board of International Affairs (London). He is a non-resident distinguished fellow at the Centre for International Governance Innovation in Canada. Dr. Crocker consults as advisor on strategy and negotiation to a number of U.S. and European firms.

Ambassador (ret.) Robert Ford
Senior fellow, MEI; Former US Ambassador to Syria
Amb. (ret.) Robert S. Ford is currently a senior fellow at the Middle East Institute in Washington where he writes about developments in the Levant and North Africa. Amb. Ford  retired from the U.S. Foreign Service in 2014 after serving as the U.S. Ambassador to Syria from 2011 to 2014. In this role, Amb. Ford was the State Department lead on Syria, proposing and implementing policy and developing common strategies with European and Middle Eastern allies to try to resolve the Syria conflict. Prior to this, Amb. Ford was the deputy U.S. Ambassador to Iraq from 2008 to 2010, and also served from 2006 until 2008 as the U.S. Ambassador to Algeria, where he boosted bilateral education and rule of law cooperation. Amb. Ford served as deputy chief of mission in Bahrain from 2001 until 2004, and political counselor to the U.S. Embassy in Baghdad from 2004 until 2006 during the tumultuous establishment of the new, permanent Iraqi government. In 2014 he received the Secretary’s Service Award, the U.S. State Department’s highest honor.  He also received in April 2012 from the John F. Kennedy Library in Boston the annual Profile in Courage Award for his stout defense of human rights in Syria. He has appeared on CNN, PBS, Fox, MSNBC, NPR, the BBC and Arabic news networks as well as in The New York Times and Foreign Policy.

Ambassador (ret.) Gerald Feierstein
Senior vice president, MEI; Former US Ambassador to Yemen
Amb. (ret.) Gerald Feierstein is senior vice president at MEI. He retired from the U.S. Foreign Service in May 2016 after a 41-year career with the personal rank of Career Minister. As a diplomat he served in nine overseas postings, including three tours of duty in Pakistan, as well as assignments in Saudi Arabia, Oman, Lebanon, Jerusalem, and Tunisia. In 2010, President Obama appointed Amb. Feierstein U.S. Ambassador to Yemen, where he served until 2013. From 2013 until his retirement, Amb. Feierstein was Principal Deputy Assistant Secretary of State for Near Eastern Affairs.

Ross Harrison
Senior fellow, MEI
Ross Harrison is a senior fellow at The Middle East Institute and is on the faculty of the School of Foreign Service at Georgetown University. From 2007-2013, he was a professor in the practice of international affairs at Georgetown, serving as chair of the international commerce and business concentration in the Master of Science in Foreign Service (MSFS) program. Ross is also on the faculty of the political science department at the University of Pittsburgh, teaching courses in Middle East politics. He annually teaches a course on strategy and international security to senior Georgian government officials at the Georgian Foundation for Strategic and International Studies in Tbilisi, Georgia, funded by the U.S. Department of State.

Anne Patterson
Former Assistant Secretary of State, Bureau of Near Eastern Affairs
Ambassador Anne Patterson is the former Assistant Secretary of State for Near Eastern Affairs (2013-2017) and Ambassador to Egypt (2011-2013), Pakistan (2007-2010), Colombia (2000-2003), and El Salvador (1997-2000). She recently retired with the rank of Career Ambassador after more than four decades in the Foreign Service. Amb. Patterson also served as Assistant Secretary of State for International Narcotics and Law Enforcement Affairs, as well as Deputy Permanent Representative to the United Nations, among other important assignments. In July 2017, Amb. Patterson was appointed to the National Defense Strategy Commission, charged by Congress with conducting a bipartisan and independent review of the country's national security needs.

Paul Salem
President, MEI
Paul Salem is president of The Middle East Institute. He focuses on issues of political change, transition, and conflict as well as the regional and international relations of the Middle East. Salem is the author and editor of a number of books and reports including Escaping the Conflict Trap: Toward Ending Civil Wars in the Middle East (ed. with Ross Harrison, MEI 2019); Winning the Battle, Losing the War: Addressing the Conditions that Fuel Armed Non State Actors (ed. with Charles Lister, MEI 2019); From Chaos to Cooperation: Toward Regional Order in the Middle East (ed. with Ross Harrison, MEI 2017), Broken Orders: The Causes and Consequences of the Arab Uprisings (In Arabic, 2013), "Thinking Arab Futures: Drivers, scenarios, and strategic choices for the Arab World", The Cairo Review Spring 2019; “The Recurring Rise and Fall of Political Islam” (CSIS, 2015), Bitter Legacy: Ideology and Politics in the Arab World (1994), and Conflict Resolution in the Arab World (ed., 1997). Prior to joining MEI, Salem was the founding director of the Carnegie Middle East Center in Beirut, Lebanon between 2006 and 2013. From 1999 to 2006, he was director of the Fares Foundation and in 1989-1999 founded and directed the Lebanese Center for Policy Studies, Lebanon's leading public policy think tank.

Dan Serwer
Non-resident scholar, MEI; director, Conflict Management and American Foreign Policy program, John Hopkins SAIS
Professor Daniel Serwer (Ph.D., Princeton) directs the Conflict Management Program at the Johns Hopkins School of Advanced International Studies. He is also a Senior Fellow at its Center for Transatlantic Relations and affiliated as a Scholar with the Middle East Institute. His current interests focus on the civilian instruments needed to protect U.S. national security as well as transition and state-building in the Middle East, North Africa, and the Balkans. His book, Righting the Balance: How You Can Help Protect America, was published in November 2013 by Potomac Books.

Randa Slim
Senior Fellow and Director, Conflict Resolution and Track II Dialogues Program, MEI
Randa Slim is a senior fellow and the director of the Conflict Resolution and Track II Dialogues Program at the Middle East Institute and a non-resident fellow at the Johns Hopkins University School of Advanced and International Studies (SAIS) Foreign Policy Institute. A former vice president of the International Institute for Sustained Dialogue, Slim has been a senior program advisor at the Rockefeller Brothers Fund, a guest scholar at the United States Institute of Peace, a program director at Resolve, Inc, and a program officer at the Kettering Foundation. A long-term practitioner of Track II dialogue and peace-building processes in the Middle East and Central Asia, she is the author of several studies, book chapters, and articles on conflict management, post-conflict peace-building, and Middle East politics.