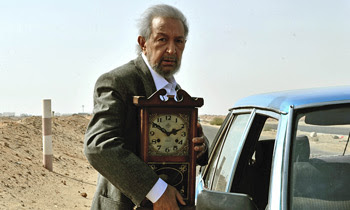 Cairo Time intertwines three stories that take place during the course of one day in Cairo, fusing elements of romance, comedy, and drama. The film is a multigenerational story of six interconnected characters, all at a turning point in their lives. Lila, a retired actress is looking for her last acting partner to resolve unfinished business. Salma, a germaphobe, is dating Wael and arguing about the biggest decision of their lives. Hazem, a young drug dealer on his way from Alexandria to Cairo, picks up an old man desperate to find the woman in the picture he has carried around for years. Together they embark on a rollicking journey.

Ramses is most noted for his groundbreaking and critically acclaimed documentaries Jews of Egypt (2012) and Jews of Egypt: The End of a Journey (2014), two documentaries that explore the lives and eventual expulsion of Jews from Egypt after the end of World War II.

Click here for more information and to purchase tickets.