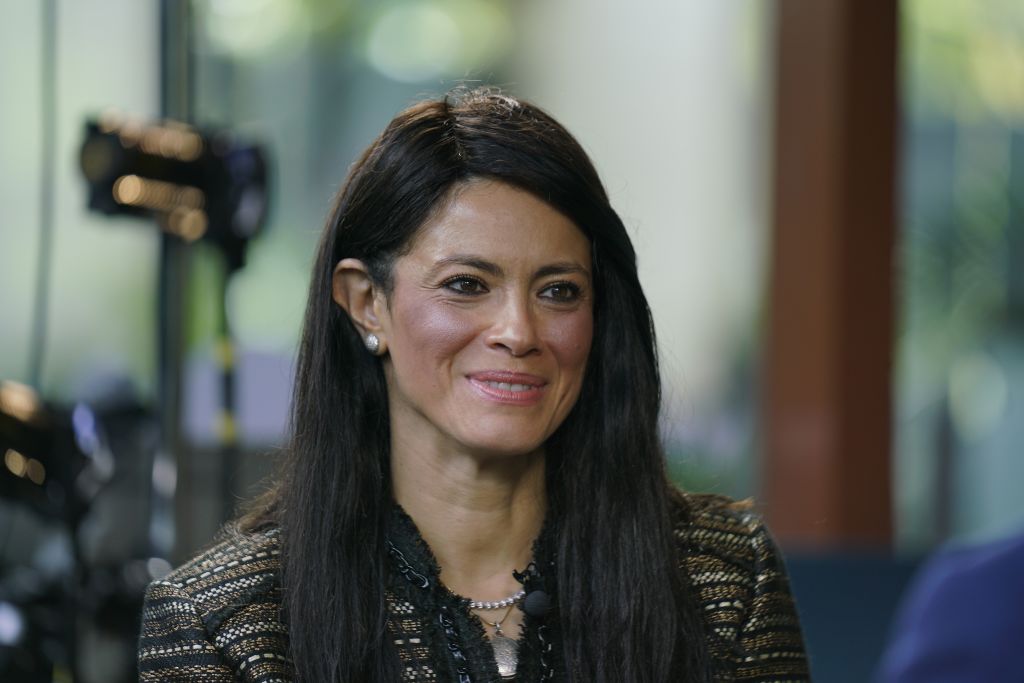 Please join us for a fireside chat with H.E. Dr. Rania Al-Mashat, Minister of International Cooperation for the Arab Republic of Egypt, moderated by Mirette F. Mabrouk, Senior Fellow and Founding Director of the Egypt Program, MEI. In the lead up to the COP27 climate conference, taking place in Sharm El-Sheikh, Egypt, Dr. Al-Mashat will speak to Egypt’s domestic commitments, optimizing international assistance and balancing development with the U.N.’s Sustainable Development Goals (SDGs) and, regionally, in light of shifting geopolitical developments, ensuring that vulnerable nations don’t get left behind.

Rania Al-Mashat
Dr. Rania Al Mashat is Egypt’s Minister of International Cooperation since December 2019, and previously served as the country’s first female Minister of Tourism. Prior to that, she was Advisor to the Chief Economist of the International Monetary Fund (IMF) in Washington, D.C. She specialized in central banking issues and designing monetary policy frameworks. Her other former roles include serving as Sub-Governor for Monetary Policy at the Central Bank of Egypt, Senior Economist at the IMF, Deputy Project Director for the Institutional Reform and Informal Sector Center at the University of Maryland, College Park, USA, and Adjunct Professor of Economics at the American University in Cairo (AUC). Al-Mashat has several publications on monetary policy, financial stability and institutional reforms in transition and emerging markets.

Mirette F. Mabrouk
Mirette F. Mabrouk is an MEI senior fellow and founding director of the Institute's Egypt Studies program. She was previously deputy director and director for research and programs at the Rafik Hariri Center for the Middle East at the Atlantic Council. Formerly a fellow at the Project for U.S. Relations with the Middle East at the Brookings Institution, Mabrouk moved to D.C. from Cairo, where she was director of communications for the Economic Research Forum (ERF). Before being appointed associate director for publishing operations at The American University in Cairo Press, Ms. Mabrouk had over 20 years of experience in both print and television journalism. She is the founding publisher of The Daily Star Egypt, (now The Daily New Egypt), at the time, the country’s only independent English-language daily newspaper, and the former publishing director for IBA Media, which produces the region’s top English-language magazines. Her writing has appeared in publications like Foreign Policy, The Hill and HuffPost and she has been quoted and appeared on the BBC, VOA, Sky News, The Wall Street Journal and the Christian Science Monitor, among others. She recently authored "And Now for Something Completely Different: Arab Media’s Own Little Revolution," a chapter in a book on the Arab transitions; Reconstructing the Middle East and is the editor of a multi author report, Rethinking Egypt’s Economy.