Five Years After the Cairo Speech 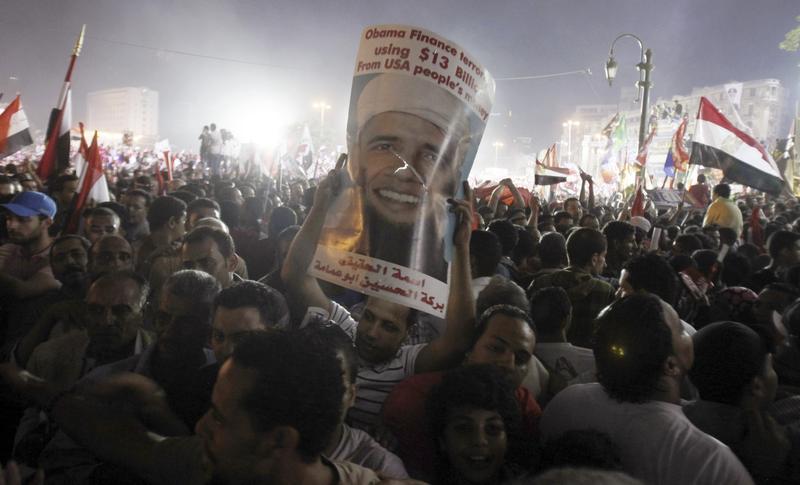 The Middle East Institute and the Arab American Institute are pleased to host a poll launch and panel discussion on Arab attitudes towards the United States and President Barack Obama five years after his landmark speech in Cairo. The poll, conducted in seven Arab countries, looks at the major issues driving Arab attitudes toward the United States today, including U.S. policy on the Syrian conflict, Egypt's interim government, negotiations with Iran, the two-state solution, and U.S. commitments to improve ties with the Arab World. James Zogby, Marwan Muasher, and Barabara Slavin will address the poll and its implications.

James J. Zogby is the founder and president of the Arab American Institute (AAI), a Washington, D.C.-based organization which serves as the political and policy research arm of the Arab American community. He is also managing director of Zogby Research Services, which specializes in groundbreaking public opinion polling across the Arab world. Zogby is a lecturer and scholar in Middle Eastern affairs and a visiting professor of Social Research and Public Polling at New York University in Abu Dhabi. A lecturer and scholar on Middle East issues, U.S.-Arab relations, and the history of the Arab American community, Dr. Zogby appears frequently on television and radio. Zogby is the author of Arab Voices (Palgrave Macmillan, October 2010), among other books and publications.  Dr. Zogby has testified before U.S. House and Senate committees and has addressed the United Nations and other international forums. He is a member of the Council on Foreign Relations.

Marwan Muasher is vice president for studies at Carnegie, where he oversees research in Washington and Beirut on the Middle East. Muasher began his career as a journalist for the Jordan Times, and then served at the Ministry of Planning, at the prime minister’s office as press adviser, and as director of the Jordan Information Bureau in Washington. In 1995, Muasher opened Jordan’s first embassy in Israel, and in 1996 he became minister of information and the government spokesperson. From 1997 to 2002, he served in Washington again as ambassador, and then returned to Jordan to serve as foreign minister from 2002 to 2004. In 2004, he became deputy prime minister responsible for reform and government performance and led the effort to produce a ten-year plan for political, economic, and social reform. From 2006 to 2007, he was a member of the Jordanian Senate. From 2007 to 2010, he was senior vice president of external affairs at the World Bank. He is the author of The Arab Center: The Promise of Moderation (Yale University Press, 2008).

Barbara Slavin is a senior fellow at the Atlantic Council's South Asia Center and Washington correspondent for Al-Monitor.com.  She is the author of Bitter Friends, Bosom Enemies: Iran, the US and the Twisted Path to Confrontation (St. Martin's Griffin, 2009).  A career journalist, Slavin previously served as assistant managing editor for world and national security of The Washington Times, senior diplomatic reporter for USA TODAY, Cairo correspondent for The Economist, and as an editor at The New York Times Week in Review.  She has covered such key foreign policy issues as the U.S.-led war on terrorism and in Iraq, policy toward "rogue" states, the Iran-Iraq war, and the Arab-Israeli conflict.