His Excellency Rashad al-Alimi of the Republic of Yemen 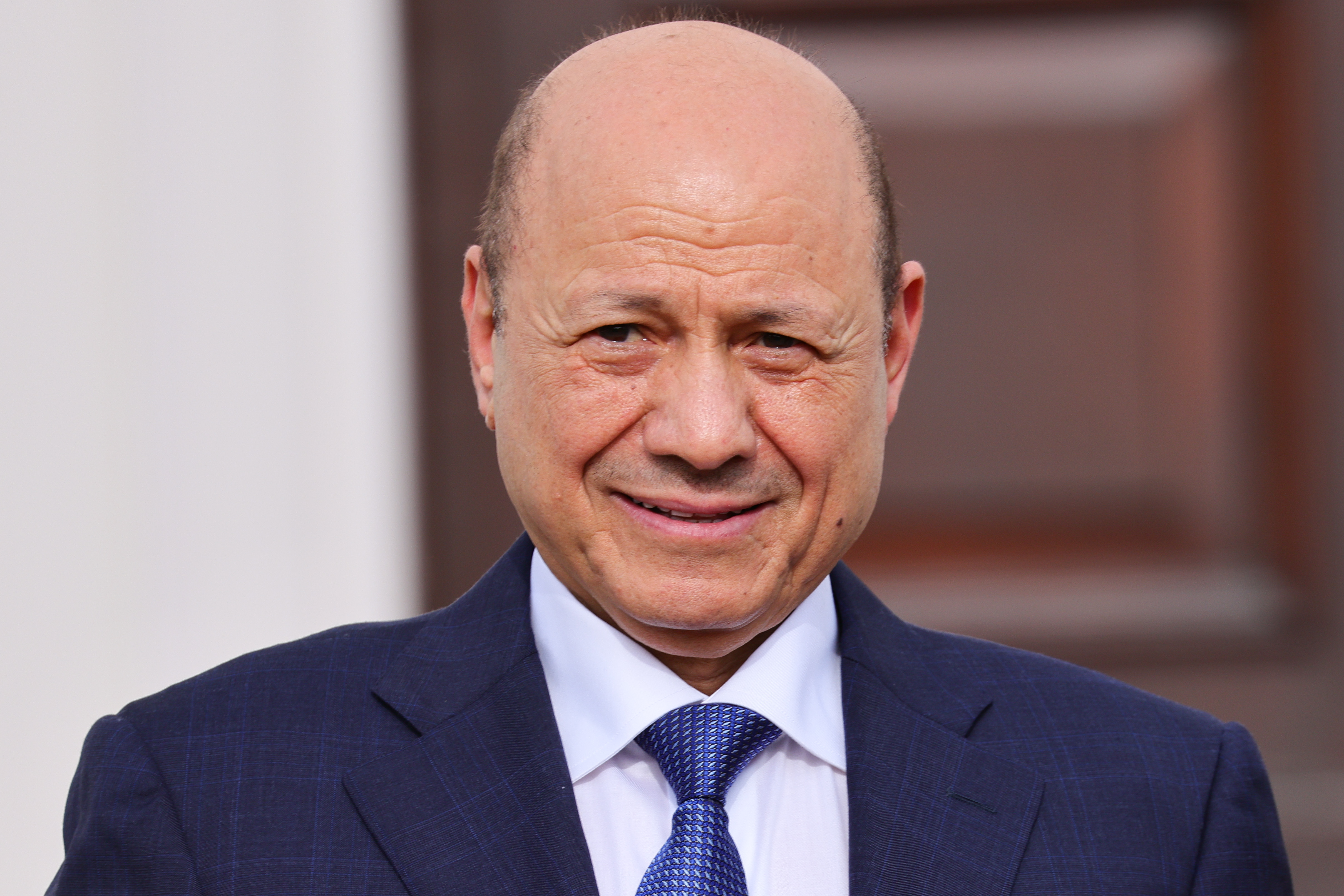 The Middle East Institute is pleased to host His Excellency Rashad al-Alimi, Yemeni Presidential Leadership Council President, for a one-on-one conversation with Amb. (ret.) Gerald Feierstein. This event will coincide with the president's trip to New York City for the United Nations General Assembly.

Following the conversation, the Yemeni ambassador to the United States, His Excellency Mohammed Al-Hadhrami, and the United States Special Envoy for Yemen, Timothy Lenderking, will participate in a moderated panel discussion by Amb. (ret.) Feierstein.

What are the prospects for moving beyond the ceasefire to a sustained resolution? Now that Yemen is six months into their newly formed Presidential Leadership Council (PLC), what is your assessment—both positive and negative—of the outcomes of this new political body? What is the PLC's exact role moving forward in the negotiations to hopefully end the war?

Speakers
H.E. Rashad al-Alimi
President of the Republic of Yemen

H. E. Mohammed Al-Hadhrami
Ambassador of the Republic of Yemen to the United States

H.E. Rashad al-Alimi
Rashad Mohammed Al-Alimi became Chairman of the Presidential Leadership Council in April of 2022, following his role as Advisor to the President of the Republic between 2014 and 2018. In 2013, he served as a member of the Yemeni National Dialogue Conference, an unprecedented conference where he helped facilitate the peaceful transition between leadership in Yemen. Al-Alimi has been a member of the General People’s Congress Party since 2011, and has previously occupied roles such as Deputy Prime Minister and Minister of the Interior.

H.E. Mohammed Al-Hadhrami
Al-Hadhrami is a career diplomat who began working with the Yemeni Foreign Ministry in October 2004. He has held several prominent positions at the Ministry and abroad. In March 2022, he was appointed Ambassador Extraordinary & Plenipotentiary of Yemen to the United States of America. Prior, he had served as the Minister of Foreign Affairs of Yemen from September 2019 to December 2020; and preceding the latter, he served as Vice Minister of Foreign Affairs from November 2018 to September 2019. From December 2016 until November 2018, he was Deputy Chief of Mission at the Embassy of the Republic of Yemen in Washington, DC. From June 2008 to July 2012, he had served at the Permanent Mission of Yemen to the United Nations, wherein he had also represented Yemen at the UNDP, UNOPS, and UNFPA Executive Boards. Ambassador Al-Hadhrami holds two Masters Degrees, one in 2013 in Development Policy from the Korean Development Institute; and another in 2010 in Diplomacy and International Relations from Fairleigh Dickinson University. He obtained his Bachelor’s from Missouri State University in 2002. Ambassador Al-Hadhrami was born in Yemen, in 1979.

Timothy Lenderking
Lenderking is the U.S. Special Envoy for Yemen.. Lenderking previously served as the Deputy Assistant Secretary of State for Arabian Peninsula Affairs in the Near East Bureau at the U.S. Department of State and is a career member of the Senior Foreign Service.  Lenderking served previously as the Deputy Chief of Mission at the U.S. Embassy in Riyadh, Saudi Arabia, from 2013-2016. He served as the Director of the Pakistan Office at the Department of State from 2010-2013.From 2008-2010, Lenderking completed two tours in Baghdad, the first as the Senior Democracy Advisor at the US Embassy, and the second as the Policy Advisor to LTG Charles Jacoby, Commanding General of Multi-National Forces Iraq (MNF-I), based at Camp Victory. Before his Iraq tours, Lenderking served as the Economic Counselor and Acting Deputy Chief of Mission at US Embassy Kuwait. He was also the Political Counselor at Embassy Rabat from 2002-2006. Lenderking’s other tours in the Foreign Service include serving as the Special Assistant to Under Secretary for Political Affairs Marc Grossman 2001-2002, as the Lebanon Desk Officer 2000-2001, and as a Watch Officer in the Operations Center. Mr. Lenderking also served in Dhaka, Bangladesh, and in Damascus, Syria. Lenderking joined the Foreign Service in 1993 after a career in the refugee field, where he held numerous positions with American NGOs and with the United Nations in New York, Sudan, Pakistan, Afghanistan, and Thailand.

Amb. (ret.) Gerald Feierstein
Feierstein is a distinguished senior fellow on U.S. diplomacy at MEI, and director of its Arabian Peninsula Affairs program. He retired from the U.S. Foreign Service in May 2016 after a 41-year career with the personal rank of Career Minister. As a diplomat he served in nine overseas postings, including three tours of duty in Pakistan, as well as assignments in Saudi Arabia, Oman, Lebanon, Jerusalem, and Tunisia. In 2010, President Obama appointed Amb. Feierstein U.S. Ambassador to Yemen, where he served until 2013. From 2013 until his retirement, Amb. Feierstein was Principal Deputy Assistant Secretary of State for Near Eastern Affairs. In addition to his career-long focus on the Near East and South Asia, Amb. Feierstein also played a prominent role in developing and implementing State Department policies and programs to counter violent extremism.  As Deputy Coordinator and Principal Deputy Coordinator in the State Department’s Counter-Terrorism bureau, Amb. Feierstein led the development of initiatives to build regional networks to confront extremist groups as well as to counter terrorist financing and promote counter-terrorism messaging.  He continued to focus on defeating terrorist groups through his subsequent tours as Deputy Chief of Mission in Pakistan and as Ambassador to Yemen.