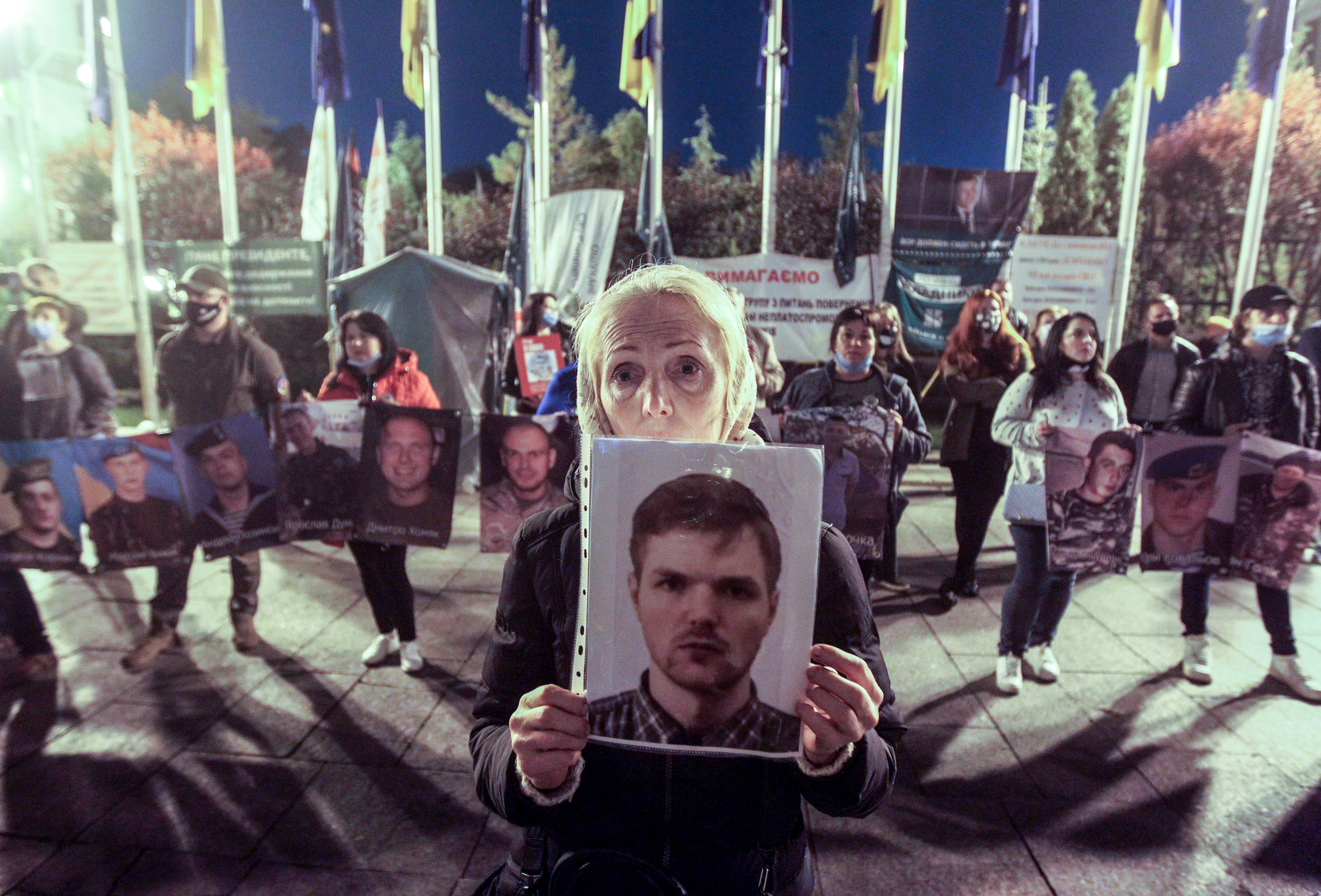 Human rights violations in illegally-annexed Crimea and the occupied territories of Abkhazia and South Ossetia have become a constant element of Russian aggression in the Black Sea region. In both cases, unlawful killings and detentions, enforced disappearances, abductions, and torture are some of the most flagrant human rights violations that Russian and de facto authorities are committing. Additionally, Russian and de facto authorities in occupied territories have also developed targeted policies against the local population, such as borderization in Georgia and militarization and passportization in Ukraine. In the context of the COVID-19 pandemic, rights in the occupied territories have worsened, and authorities have further restricted freedom of movement, access to education and healthcare, freedom of religion, and workers' ability to secure a livelihood.

Having started from volunteering for the Euromaidan SOS initiative during Euromaidan, Maria moved on to actively participate in documenting human rights violations in eastern Ukraine and Russia’s seizure of Crimea and delivering information on them both in Ukrainian society and the international community. In the summer of 2014, Maria started dealing with the cases of Ukrainian citizens arrested by the Russian Federation on political motives by Russia, and further was a coordinator of the LetMyPeopleGo campaign to free them, including by participating in the court hearing in Chechnya as one of the witnesses of the defense of Ukrainian prisoners Klykh and Karpiuk. Today, Maria focuses on cooperating with Ukrainian structures to advocate for the release of Ukrainian illegally held by Russia. She is a co-founderш of the NGO Media Initiative for Human Rights and conducts journalistic investigations of human rights violations related to Russian aggression from both sides of the conflict. As well, Maria is a co-author of several documentaries dedicated to the bloodiest days on Euromaidan and the war in Donbas. In 2017 she has received a national human rights prize for the personal contribution to the defense of human rights in Ukraine. She has significant experience in international advocacy at the level of international intergovernmental organizations and particular governments. In 2020 she has obtained the Master of Jurisprudence degree from the School of Law of Loyola University Chicago (Rule of Law for Development Program, located in John Felice Rome Center, Italy). In recent years Maria used to cooperate with USAID Human Rights in Action Program as an advocacy expert.

Ann Tsurtsumia-Zurabashvili is currently with EWMI-ACCESS, USAID funded civil society program in Georgia and pursuing her PhD degree at GIPA. Previously, Ann was a Marie-Skłodowska Curie Fellow at Dublin City University (2014-2017) focusing on the practice of counter-recognition and reintegration in the post-Soviet area. Later, she covered different aspects of conflicts of the South Caucasus region with the Prague based Transitions Online.  Ann is an alumni Policy Fellow of the Eurasia Democratic Security Network (EDSN), US Department of State International Visitor Leadership Program and the Rondeli Foundation. Previously, she led the Political Party Assistance Programme at the Netherlands Institute for Multiparty Democracy (NIMD) and Parliamentary Communications Center at NDI (2009-2013). Ms. Tsurtsumia has extensive consultancy and training experience with different actors of civil society and the Parliament of Georgia. She has taught at Ilia State University (2013) and Democracy Schools throughout Georgia (2017-2018).

Iulia-Sabina Joja is a Senior Fellow for the Frontier Europe Initiative and an adjunct professor at Georgetown University. lulia’s research and teachings focus primarily on European and Black Sea security. Prior to this, Iulia served as an adviser to the Romanian President and as a deputy project manager at NATO Allied Command Transformation in Virginia. She has worked with the Romanian delegation to the United Nations, the European Parliament, and the Romanian Ministry of Foreign Affairs. lulia was also a visiting scholar at the Center of Military History and Social Sciences of the German Armed Forces in Potsdam/Berlin and a DAAD post-doctoral fellow at the Foreign Policy Institute of the Johns Hopkins School of Advanced International Studies. Iulia’s PhD thesis on Romania’s strategic culture was published by Columbia University Press in 2019.