The Implications of the Israel-UAE Deal 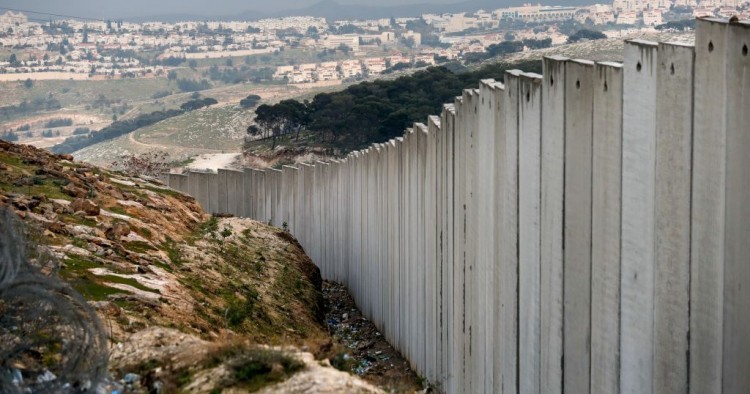 Register for each webinar separately using the links below.

On August 13th, President Trump announced that Israel and the United Arab Emirates had agreed to “finalize a historical [sic] peace agreement” that would involve full normalization of relations between the two nations. Trump stated: “Not since the Israel-Jordan peace treaty was signed more than 25 years ago has so much progress been made towards peace in the Middle East.”

In this context, the Middle East Institute (MEI) and the Foundation for Middle East Peace (FMEP) invite you to join a two-part webinar series: The Implications of the Israel-UAE Deal. These two webinars, co-moderated by MEI’s Khaled Elgindy and FMEP’s Lara Friedman, will explore what the Israel-UAE does (and doesn’t) mean, the political context that led to its achievement, and its implications for the future.

Mark your calendar for the following dates/times:

Sam Bahour is a Palestinian-American freelance business consultant working for Applied Information Management (AIM) based in Al-Bireh/Ramallah, Palestine. He was instrumental in the establishment of the Palestine Telecommunications Company and the PLAZA Shopping Center. He is a director at the Arab Islamic Bank and serves in various capacities in several community organizations. Bahour writes frequently on Palestinian affairs and has been widely published and serves as a policy advisor of Al-Shabaka, the Palestinian Policy Network. He is co-editor of HOMELAND: Oral History of Palestine and Palestinians and blogs at www.ePalestine.ps.

Steven Cook is Eni Enrico Mattei senior fellow for Middle East and Africa studies and director of the International Affairs Fellowship for Tenured International Relations Scholars at the Council on Foreign Relations (CFR). He is an expert on Arab and Turkish politics as well as U.S.-Middle East policy. Cook is the author of False Dawn: Protest, Democracy, and Violence in the New Middle East; The Struggle for Egypt: From Nasser to Tahrir Square, which won the 2012 gold medal from the Washington Institute for Near East Policy; and Ruling but Not Governing: The Military and Political Development in Egypt, Algeria, and Turkey.

Marwa Fatafta leads Access Now’s work on digital rights in the Middle East and North Africa region as the MENA Policy Manager. She is a policy analyst at Al-Shabaka, The Palestinian Policy Network working on questions of leadership, governance and accountability, and an advisory board member of 7amleh: The Arab Center for the Advancement of Social Media. Before joining Access Now, Fatafta worked as a MENA Regional Advisor at Transparency International Secretariat in Berlin, and previously as a Communications Manager at the British Consulate in Jerusalem. She was a Fulbright scholar and holds an MA in International Relations from Syracuse University and MA in Development and Governance from the University of Duisburg-Essen.

Annelle Sheline is a research fellow for the Middle East at the Quincy Institute for Responsible Statecraft and a nonresident fellow with the Baker Institute Center for the Middle East. Her research focuses on religious authority in the Middle East, specifically the intersection of religious and national identities in the Arab monarchies. She analyzes the implications of combating violent extremism and encouraging religious tolerance in Jordan, Morocco, Oman and Saudi Arabia. In addition to academic writing, her public commentary has appeared in The Washington Post, The Global Post and Georgetown University’s Berkley Center for Religion, Peace & World Affairs.

Elizabeth Tsurkov is a fellow at the Foreign Policy Research Institute and a research fellow at the Forum for Regional Thinking. She is also a PhD student at the Princeton University's department of Politics. Her work focuses on the Syrian civil war, Iraq, Israel-Palestine and movements for social change in the Middle East. Tsurkov’s writings have appeared in the New York Times, New York Review of Books, Foreign Policy, and +972 Magazine, among other outlets. She has over a decade of experience in civil society and human rights organizations in the Middle East, and particularly in Israel. She earned an M.A. in Middle Eastern Studies at Tel Aviv University, and a second M.A. in Political Science at the University of Chicago. @Elizrael

James Zogby is managing director of Zogby Research Services, LLC (ZRS), specializing in research and communications. He is the author of Arab Voices (Palgrave Macmillan, 2010) and the founder and president of the Arab American Institute (AAI), a Washington, D.C.-based organization that serves as the political and policy research arm of the Arab American community.

Khaled Elgindy is senior fellow and director of the Program on Palestine and Palestinian-Israeli Affairs at MEI. He is the author of the newly released book, Blind Spot: America and the Palestinians, from Balfour to Trump (Brookings Institution Press, April 2019). Elgindy previously served as a fellow in the Foreign Policy program at the Brookings Institution from 2010 through 2018. Prior to arriving at Brookings, he served as an adviser to the Palestinian leadership in Ramallah on permanent status negotiations with Israel from 2004 to 2009, and was a key participant in the Annapolis negotiations of 2007-08. Elgindy is also an adjunct instructor in Arab Studies at Georgetown University.

Lara Friedman is the president of FMEP and a former U.S. Foreign Service Officer. With more than 25 years working in the Middle East foreign policy arena, Friedman is a leading authority on U.S. foreign policy in the Middle East, with particular expertise on the Israeli-Arab conflict, Israeli settlements, Jerusalem, and the role of the U.S. Congress. She is published widely in the U.S. and international press and is regularly consulted by members of Congress and their staffs, by Washington-based diplomats, by policy-makers in capitals around the world, and by journalists in the U.S. and abroad.