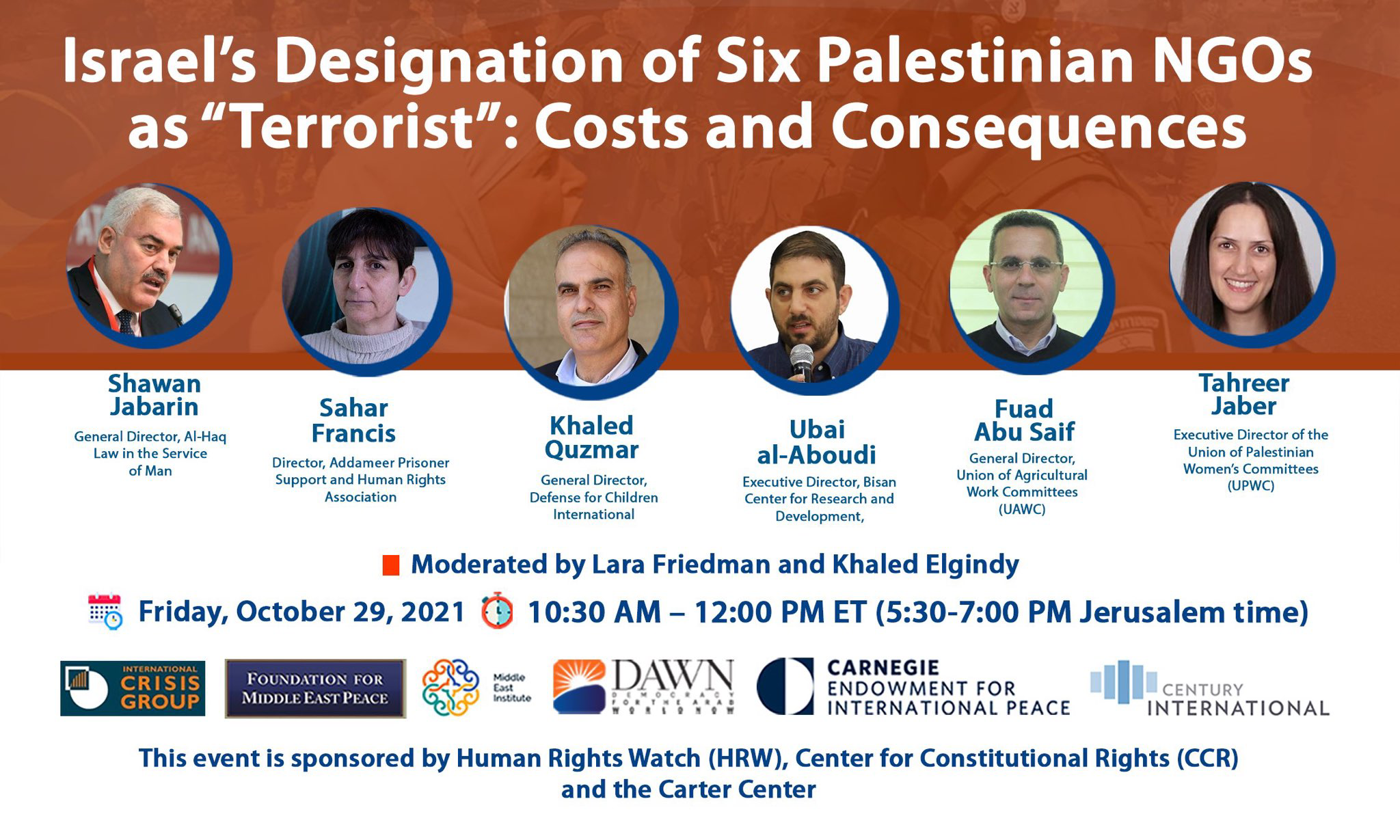 An Israeli delegation is scheduled to be in Washington on Thursday, October 28, 2021, to brief the Biden administration on the alleged secret evidence behind these designations. As of now, however, the administration has not indicated whether it also intends to hear directly from the six targeted groups, all of which are recipients of international donor funds.

Given the grave implications of this decision for the affected organizations as well as for Palestinian civil society more generally, including the possibility of increased repression at the hands of both Israel and the Palestinian Authority, it is critical that American decisionmakers and the broader policy community in Washington have an opportunity to hear directly from the organizations themselves.

This event is co-sponsored by Human Rights Watch (HRW), the Carter Center, and the Center for Constitutional Rights (CCR). 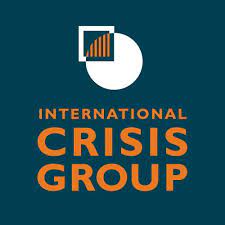