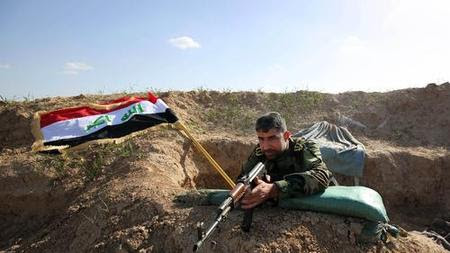 The Middle East Institute was pleased to host Dr. Najmaldin Karim, governor of Kirkuk province since 2011, for a discussion about the province's precarious place at the center of the Iraq war against the Islamic State.
While ISIS militants control the western reaches of Kirkuk, Kurdish Peshmerga fighters and local police have prevented the fall of Kirkuk city and most of the oil-rich province. Kirkuk hosts hundreds of thousands of internally displaced persons who have fled ISIS aggression. With funding and support from the Baghdad government disrupted, the challenges facing Kirkuk are mounting.
Governor Karim reviewed the threat posed by ISIS and how local government is trying to deliver for Kirkuk's Kurdish, Arab, Turkmen, and Christian citizens while in the grip of a security and humanitarian crisis.
Gönül Tol, director of MEI's Center for Turkish Studies, moderated the audience discussion with Dr. Karim following the governor's opening remarks.
Speakers:
Najmaldin Karim grew up and attended high school in Kirkuk before attending Mosul Medical College. After medical school, Dr. Karim was elected to the leadership of the Kurdish Student Union. In 1972 he joined the Peshmerga forces and served as a physician and Peshmerga until March 1975. Dr. Karim emigrated to the United States in 1976, where he finished his medical residency at George Washington University, specializing in neurosurgery; he also served as an associate clinical professor. He was a practicing surgeon in the United States until his return to Iraq in 2009, when he stood as a candidate of the Kurdistan Alliance and was elected to parliament for Kirkuk. He was elected governor by Kirkuk's Governorate Council in March 2011 and has held office since April of that year.

Gönül Tol is the founding director of the Middle East Institute’s Center for Turkish Studies and an adjunct professor at George Washington University’s Institute for Middle East Studies. She received her Ph.D. degree in Political Science from Florida International University, where she was a graduate fellow at the Middle East Studies Center. She previously worked at the U.S. representative office of the Turkish Industry and Business Association and has lectured as an adjunct professor at the College of International Security Affairs at the National Defense University.