Libya in 2015: The Scramble for Oil and Scenarios for Transition 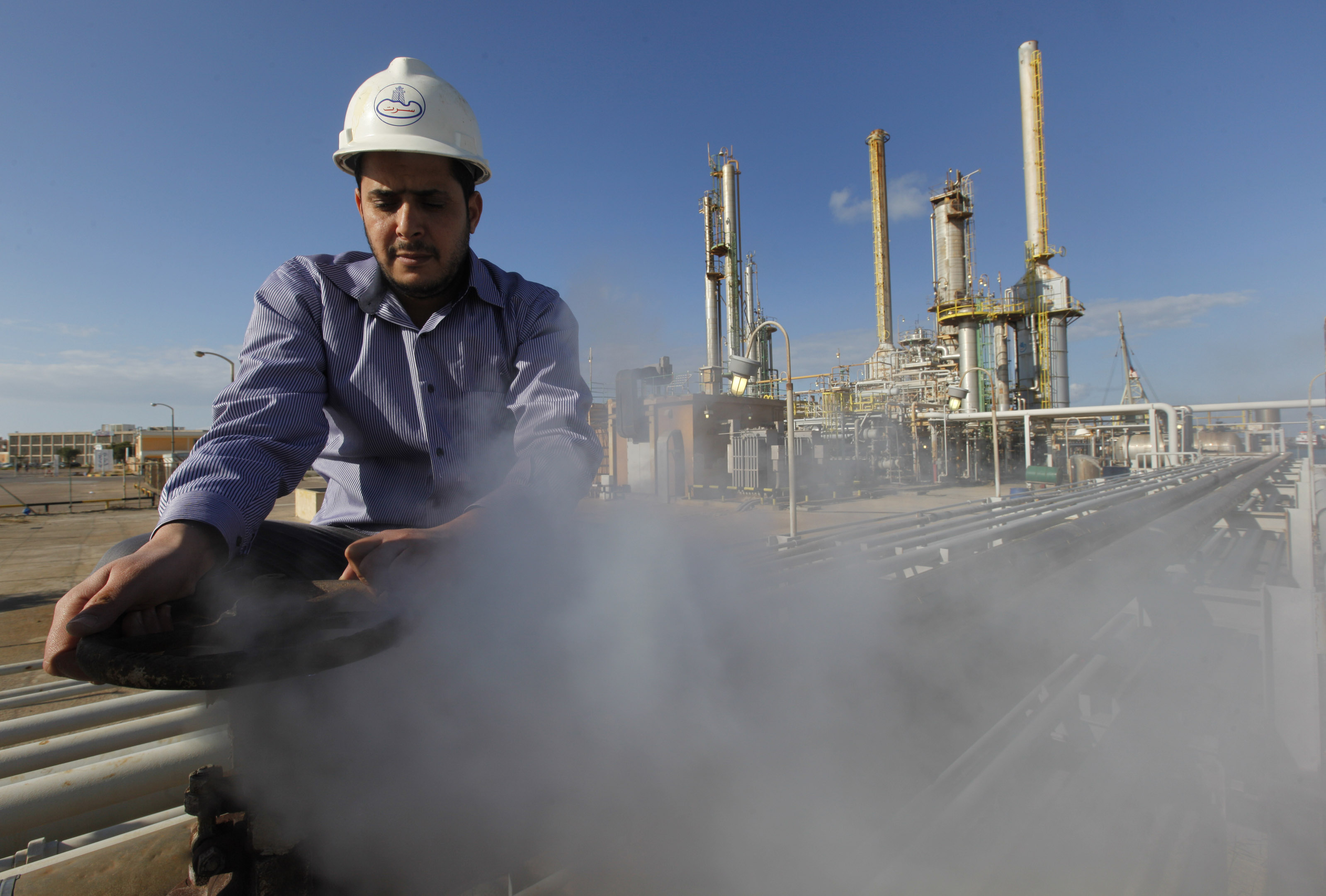 Libya is hurtling toward financial disaster, state collapse, and civil war. The UN-led mediation efforts have appeared to stall, while the military conflict between Operations Dignity and Dawn have expanded to new fronts. Operation Libya Dawn's recent attempts to take control of the country's energy sector signal a new phase in the months' old war. Is Libya on the verge of de facto partition, or is a return to the transitional track still feasible? Who are the internal actors, and how are regional and international actors affecting the development of the crisis? What steps can the U.S. take to promote a resolution?Amb. David Mack (The Middle East Institute), Karim Mezran (Atlantic Council, Johns Hopkins SAIS), and Jason Pack (Libya-Analysis, Cambridge University) will unpack these developments and outline what may lie ahead for Libya in 2015 in a discussion moderated by Paul Salem (The Middle East Institute).

Ambassador David Mack has advised U.S. firms on doing business in Libya since 2003.  He previously served as acting president and vice president of The Middle East Institute, where he remains as a scholar.  Mack served for over 30 years in the U.S. Foreign Service. His assignments included deputy assistant secretary of state for Near East affairs (1990-93), Ambassador to the United Arab Emirates (1986-89), and second secretary in Libya (1969-1972).  Mack arrived in Libya six weeks before the September 1969 revolution to serve as political officer and interpreter for the U.S. Ambassador.  During three years in Tripoli and Benghazi, he attended meetings with Mu’ammar al-Qadhafi and other Libyan leaders.  Since leaving the State Department in 1995, he has met frequently with Libyan personalities in both the United States and in Libya.  Ambassador Mack writes articles and delivers lectures on US-Libyan relations.

Karim Mezran is a resident senior fellow with the Atlantic Council's Rafik Hariri Center for the Middle East.  Dr. Mezran joined the Hariri Center as a senior fellow focusing on the processes of change in North Africa. As a distinguished Libyan-Italian scholar, Dr. Mezran brings enormous depth of understanding to the transition in Libya and elsewhere in the region. In addition, Dr. Mezran is currently an adjunct professor of Middle East studies at the School of Advanced International Studies (SAIS), where he is teaching courses on the history and politics of North Africa. For the last eight years he has been the director of the Center for American Studies in Rome. His analyses on the Middle East and North Africa have been widely published in Italian- and other-language journals and publications.Jason Pack is a researcher of Middle Eastern History at Cambridge University and president of Libya-Analysis.com. He is the editor of The 2011 Libyan Uprisings and the Struggle for the Post-Qadhafi Future (Palgrave Macmillan, 2013), a co-author (along with Karim Mezran) of "Libya's Faustian Bargains: Breaking the Appeasement Cycle", and most recently author of the Libya Situation Report for ReligionandGeopolitics.org (November 2014). His analysis and opinion articles have appeared in The New York Times, The Wall Street Journal, The Spectator, The Guardian, and Foreign Policy. Mr. Pack has advised NATO and many of its member states on the need to formulate unified multilateral policies towards Libya focused on mediating between Libya's many stakeholders and preventing outside actors and a scramble for the oil money from intensifying the current militia war into a full-blown civil war. In his consultancy, Mr. Pack specializes in producing bespoke reports for Western companies and governments which monitor specific aspects of the political and security situation in Libya while also providing big-picture forecasting.Paul Salem is vice president for policy and research of the Middle East Institute, where he leads an initiative on Arab transitions. Prior to joining MEI, Salem was the founding director of the Carnegie Middle East Center in Beirut, Lebanon between 2006 and 2013, where he built a regional think tank distinguished by the quality of its policy research and high regional profile. From 1999 to 2006, he was director of the Fares Foundation and in 1989 founded and directed the Lebanese Center for Policy Studies, Lebanon's leading public policy think tank.  In 2002, Salem served on the senior review committee for the United Nations Development Program's Arab Human Development Report. Salem writes regularly in the Arab and Western press, and is the author of a number of books and reports on the Middle East, including Broken Orders: The Causes and Consequences of the Arab Uprisings (in Arabic, 2013); "Iraq's Tangled Foreign Relations" (2013), "Libya's Troubled Transition" (2012), "Can Lebanon Survive the Syrian Crisis?" (2012); and "The Arab State: Assisting or Obstructing Development" (2010).