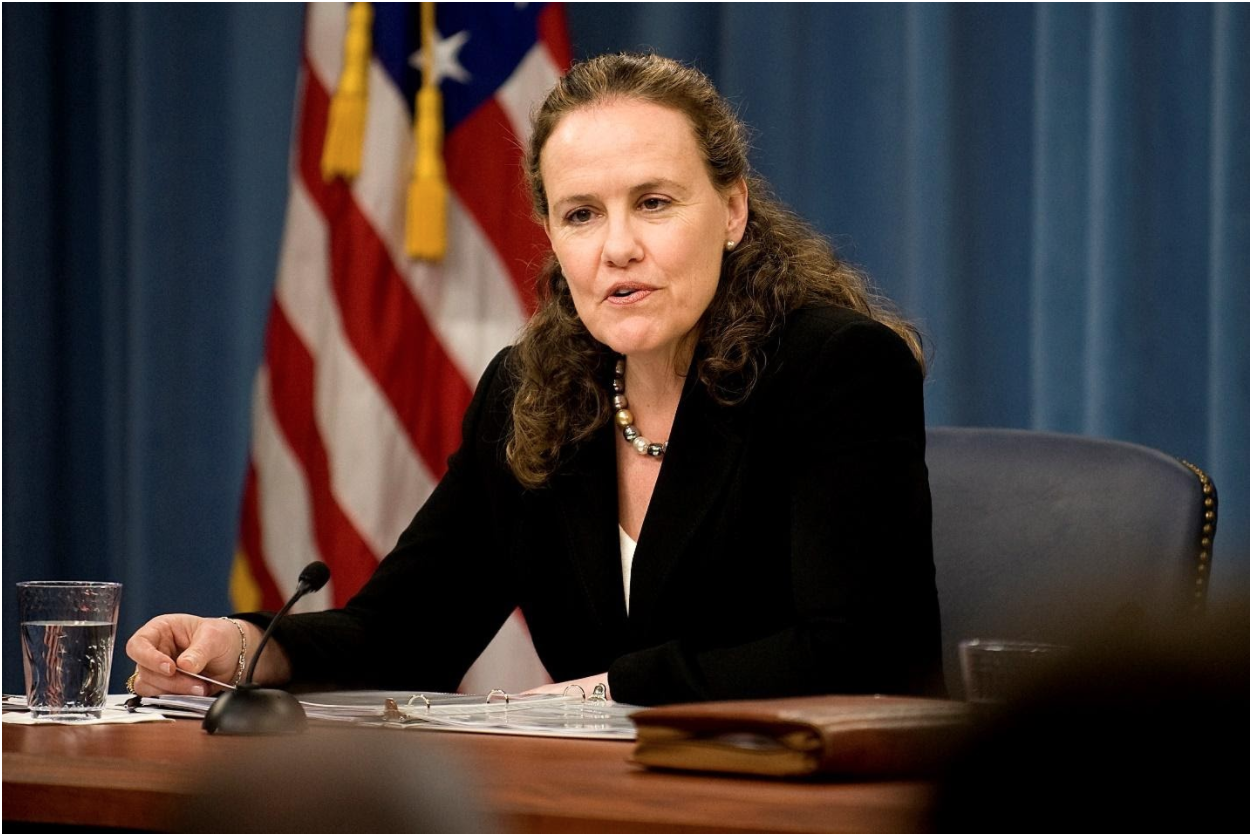 Created in June 2020, MEI’s Defense Leadership Series is a speakers' forum for current and former high-level military and defense leaders from both the United States and the Middle East to discuss the most important policy issues facing the two sides. The Series will be inaugurated on June 10 with a conversation with U.S. Marine Corps General and Commander of CENTCOM Kenneth F. McKenzie Jr.

In this episode, MEI Senior Fellow and Director of the Defense and Security Program Bilal Y. Saab speaks to former Under Secretary of Defense for Policy Michèle A. Flournoy. The conversation will focus on the future of U.S. defense strategy and posture in the Middle East in an era of great power competition.

This virtual event will be broadcast live on this web page. Register using the link above to view this livestream and receive updates from MEI’s Defense and Security program.

Michèle Flournoy is Co-Founder and Managing Partner of WestExec Advisors, and former Co-Founder and Chief Executive Officer of the Center for a New American Security (CNAS), where she currently serves on the board.

Flournoy served as the Under Secretary of Defense for Policy from February 2009 to February 2012. She was the principal advisor to the Secretary of Defense in the formulation of national security and defense policy, oversight of military plans and operations, and in National Security Council deliberations. She led the development of the Department of Defense’s 2012 Strategic Guidance and represented the Department in dozens of foreign engagements, in the media and before Congress.

Prior to confirmation, Flournoy co-led President Obama’s transition team at the Defense Department.

In January 2007, Flournoy co-founded CNAS, a bipartisan think tank dedicated to developing strong, pragmatic and principled national security policies. She served as CNAS’ President until 2009, and returned as CEO in 2014. In 2017, she co-founded WestExec Advisors, a strategic advisory firm.

Previously, she was senior advisor at the Center for Strategic and International Studies for several years and, prior to that, a distinguished research professor at the Institute for National Strategic Studies at the National Defense University (NDU).

Flournoy is the recipient of numerous honors and awards, including: the American Red Cross Exceptional Service Award in 2016; the Department of Defense Medal for Distinguished Public Service in 1998, 2011, and 2012; the Chairman of the Joint Chiefs of Staff’s Joint Distinguished Civilian Service Award in 2000 and 2012; the Secretary of Defense Medal for Outstanding Public Service in 1996; and CARE’s Global Peace, Development and Security Award in 2019. She has edited several books and authored dozens of reports and articles on a broad range of defense and national security issues. Flournoy appears frequently in national and international media, including CNN’s State of the Union, ABC’s This Week, NBC’s Meet the Press, BBC News, NPR’s Morning Edition and All Things Considered and PBS’ News Hour, and is frequently quoted in top tier newspapers.

Flournoy serves on the boards of Booz Allen Hamilton, Amida Technology Solutions, The Mission Continues, Spirit of America, The U.S. Naval Academy Foundation, and CARE. She serves on the advisory boards of SINE, Equal AI, and The War Horse and on the honorary advisory committee of The Leadership Council for Women in National Security. Flournoy is also a former member of the President’s Intelligence Advisory Board, the CIA Director’s External Advisory Board, and the Defense Policy Board, and is currently a member of the Council on Foreign Relations and the Aspen Strategy Group, and is a Senior Fellow at Harvard’s Belfer Center for Science and International Affairs.

Flournoy earned a bachelor’s degree in social studies from Harvard University and a master’s degree in international relations from Balliol College, Oxford University, where she was a Newton-Tatum scholar.