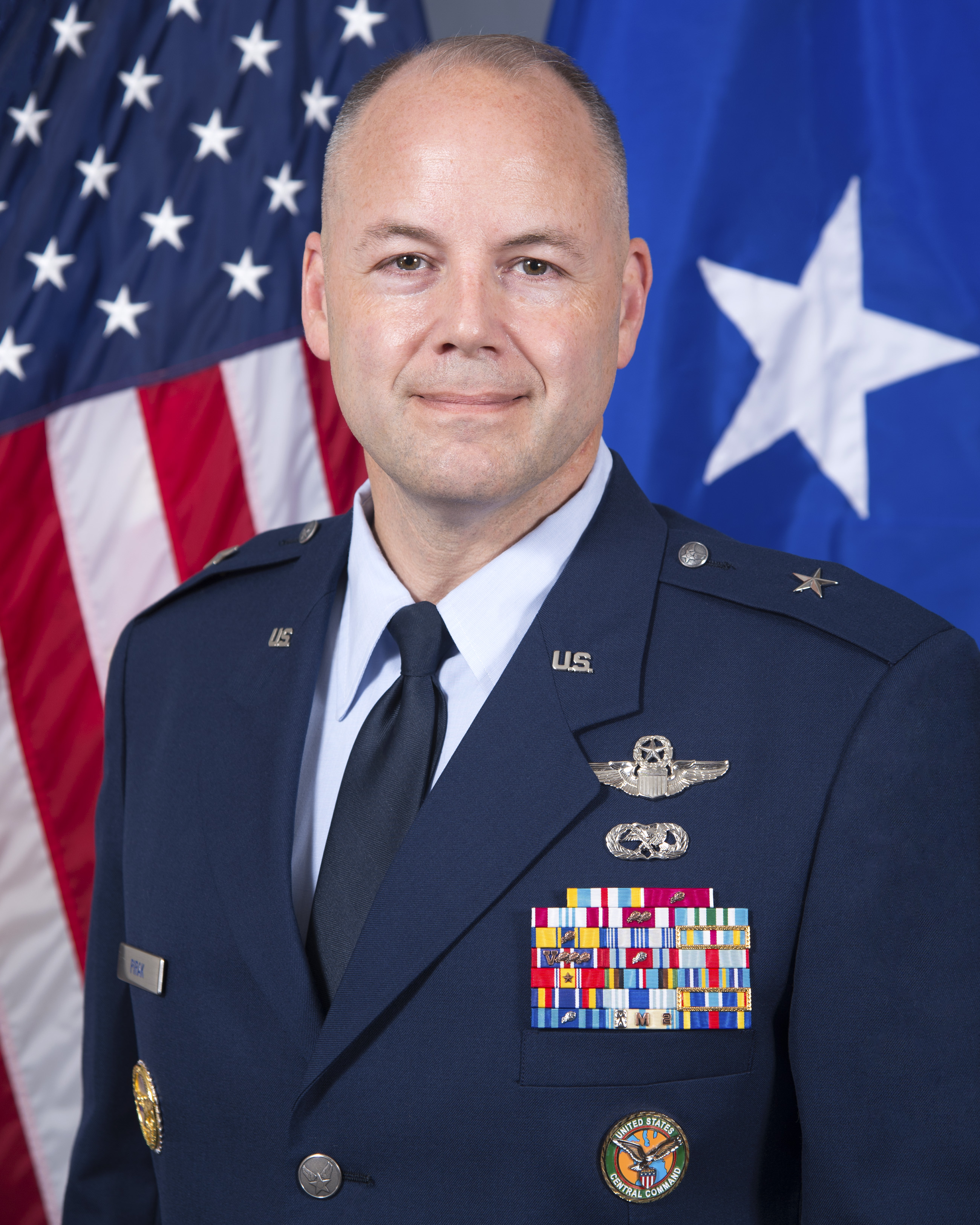 Created in June 2020, MEI’s Defense Leadership Series is a speakers' forum for current and former high-level military and defense leaders from both the United States and the Middle East to discuss the most important policy issues facing the two sides. The series was inaugurated on June 10 with a conversation with U.S. Marine Corps General and Commander of CENTCOM Kenneth F. McKenzie Jr.

In this episode, MEI Senior Fellow and Director of the Defense and Security Program Bilal Y. Saab speaks to Brig. Gen. Duke A. Pirak, Deputy Director of Strategy, Plans and Policy in U.S. Central Command (CENTCOM). This conversation will focus on present and future challenges and opportunities facing CENTCOM’s security cooperation portfolio in the region.

Register using the link above to join the webinar and receive updates from MEI’s Defense and Security program.

Brig. Gen. Duke A. Pirak serves as Deputy Director, Strategy, Plans and Policy, United States Central Command, MacDill Air Force Base, Florida. In this capacity, he is the primary focal point for security cooperation activities in the USCENTCOM area of responsibility, facilitating the actions required for development and oversight of foreign military sales, theater security cooperation plans and other vital partner programs. In addition, he is the director of the Coalition Coordination Center and Strategic Communications Division where he synchronizes operational planning and messaging in support of the Commander’s priorities.

Prior to this assignment, Brig. Gen. Pirak served as the Director, Chief of the National Guard Bureau Action Group. He was the principal strategist supporting CNGB’s role to ensure readiness of more than 453,000 Army and Air National Guard personnel and as a member of the Joint Chiefs of Staff and Military Adviser to the Secretary of Defense, National Security Council and the President.

A graduate of the University of Washington, Brig. Gen. Pirak was commissioned at the Academy of Military Science in 1996. Upon completion of Euro-NATO Joint Jet Pilot Training, he served in multiple worldwide combat and contingency deployments including operations Coronet Nighthawk, Southern Watch and Noble Eagle as an F-15C Eagle Mission Commander, Instructor Pilot and Weapons Officer. Brig. Gen. Pirak has commanded at the Squadron, Group and Wing level in both the Pacific Air Forces and Air Combat Command. In addition, Brig. Gen. Pirak deployed as the Director of Operations for the Combined Joint Operations Center and Army Forces in Jordan in support of Operation Inherent Resolve where he planned, coordinated and executed coalition combat operations in southern Syria and western Iraq.

A distinguished graduate of the National War College and a joint qualified officer, Brig. Gen. Pirak has led at the division and directorate level in a variety of headquarters staff positions, to include the Office of the Secretary of Defense for Policy as a Senior Military Adviser.