The Muslim Brotherhood: Between the Path of Ennahda and the Threat of the Islamic State 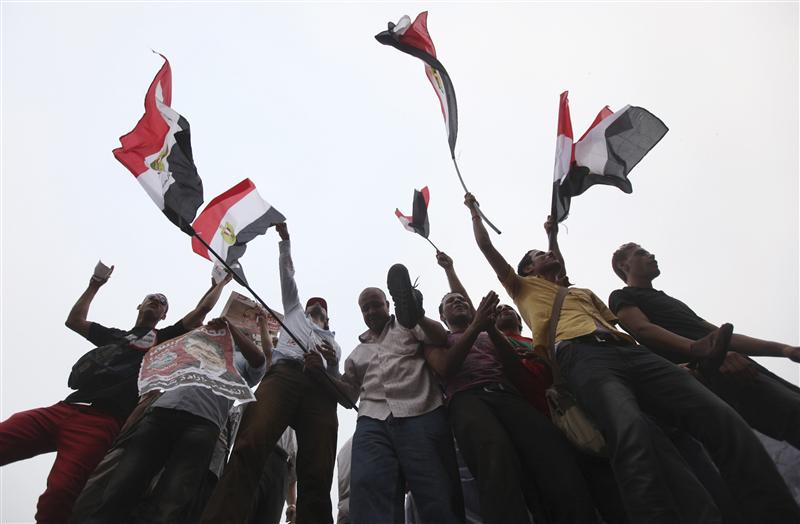 The Middle East Institute is pleased to host a discussion about the Muslim Brotherhood in the face of significant challenges to its status and future. Muslim Brotherhood experts Alison Pargeter (author,The Muslim Brotherhood: From Opposition to Power, Saqi Press, 2010), Hassan Mneimneh (The German Marshall Fund of the United States), and Eric Trager (Washington Institute for Near East Policy) will examine regional developments and trends affecting the Brotherhood from Tunisia to Syria, one year after the ouster of Mohamed Morsi and in light of growing competition from jihadi movements for dominance within Islamist circles. Kate Seelye (The Middle East Institute) will moderate the event.

Alison Pargeter, a specialist in the Middle East and North Africa and in political Islamist movements, is a senior research fellow at the Royal United Services Institute (RUSI), where she is conducting a study on the political role of the Muslim Brotherhood beyond the Arab Spring. She is also a senior associate at Menas Associates, a global consulting firm. She has held academic positions at the University of Cambridge and Kings College, London.  She has published widely on her areas of expertise and her books include The Muslim Brotherhood: From Opposition to Power (Saqi Books, 2013), Libya: The Rise and Fall of Gaddafi (Yale University Press, 2012), The Muslim Brotherhood: The Burden of Tradition (Saqi Books, 2010), and The New Frontiers of Jihad: Radical Islam in Europe (University of Pennsylvania Press, 2008). She has also authored numerous articles in academic journals and specialist publications.

Hassan I. Mneimneh is the senior transatlantic fellow for the Middle East, North Africa, and the Islamic World at The German Marshall Fund of the United States, where he focuses on the impact of socio-political and cultural developments on the evolution of this region's societies as well as their effects on U.S. and European policies. He is also acting director of GMF’s Tunis office and of the Tunis-based MENA Partnership for Democracy & Development, a project dedicated to supporting civil society in the region. He previously held positions at the Hudson Institute and the American Enterprise Institute, and the Iraq Memory Foundation. Mneimneh regularly contributes analysis and opinion pieces to the pan-Arab newspaper al-Hayat and has written on political, cultural, historical, and intellectual questions affecting the Muslim world.

Eric Trager is the Esther K. Wagner Fellow at The Washington Institute for Near East Policy, where he specializes in Egyptian politics and the Muslim Brotherhood in Egypt. He has been an adjunct professor at the University of Pennsylvania, where his doctoral research focused on Egyptian opposition parties. His writings have appeared in numerous publications, including The New York Times, Wall Street Journal, Foreign Affairs, and The Atlantic. From 2006-2007, he lived in Egypt as an Islamic Civilizations Fulbright fellow, where he studied at the American University in Cairo and received his M.A. in Arabic studies with a concentration in Islamic studies. Trager received his bachelor’s in government from Harvard University.