Navigating the Future of South Yemen 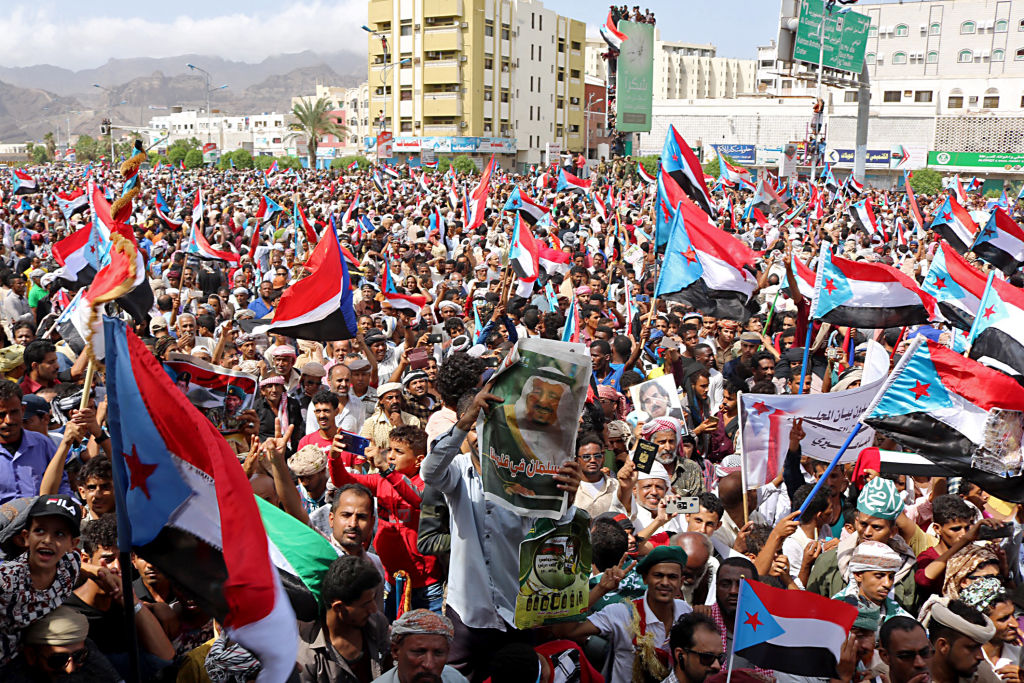 South Yemen today faces many turbulent converging challenges, from the spread of COVID-19 to floods, electricity cuts, and The Southern Transitional Council’s (STC) self-rule decision. The April 25th self-rule decision by the STC drew international concern about the potential for escalation in the South and implications for the Riyadh agreement, which the Saudis brokered between the internationally recognized government of Abed Rabbeh Mansour Hadi and the STC last year. Meanwhile, military confrontations in Abyan threatens a new conflict south of the country.

The Middle East Institute (MEI) is pleased to host a virtual panel of Yemeni experts to explore the various current dynamics impacting South Yemen and how they view the path forward. What are the hurdles facing the implementation of the Riyadh agreement? How will the STC’s self-rule decision impact future peace negotiations? How has the Hadi government responded to the flooding and electricity cuts and COVID19? Is the STC capable of dealing with the security and economic challenges and delivering good governance?

Questions to our panelists will be taken in advance of the webinar. To submit a question, email events@mei.edu.

Dr. Saadaldeen Ali Talib
Former minister of Industry and Trade, Yemen
From 1997 until 2003, Dr. Saadaldeen Ali Talib was a Member of Parliament of Yemen for the Shibam district of Hadhramaut. In 2005, Talib worked with the National Democratic Institute as manager of the parliamentary program and general democracy development in Yemen. Talib was elected by parliament as a member to the first anti-corruption commission in Yemen, the Supreme National Authority for Combating Corruption, until he resigned the post in 2009 and went to exile in Singapore. Talib returned to Yemen December 2011as the Minister of Industry and Trade. After a cabinet change in November 2014, he returned to exile in Singapore. Dr. Talib has written several papers on Yemen's democracy and the Hadhramaut diaspora and presented to many conferences.

Dr. Abdelkader al-Junaid
Physician
Dr. Abdelqader al-Junaid is a medical doctor and a well-known political activist in Ta’iz known to be critical of the Huthi armed group and their allies. Before the 1994 war, Dr. al-Junaid founded, “The January 18 Committee To Support The Pledge and Agreement Charter '' in Ta’iz, which was against the war and pro-Southern Yemini. In March 2014, Dr. al-Junaid was vocal against the arrival of Houthi and Saleh reinforcements using Taiz as a stage to launch war against Aden and Hadi. Al-Junaid is the author of the upcoming book, “Prison Times In Sana’a“, which describes his experience after being forcibly kidnapped and imprisoned for 300 days by the Iran-backed Houthi rebels in Sana’a.

Yasmin Al-Nadheri
Executive director, Peace Track Initiative
Yasmin Al-Nadheri is the Executive Director of the Peace Track Initiative and a founding member of the Women Solidarity Network. She is also the Program Representative of PartnersGlobal in Jordan liaising with the UN Special Envoy to Yemen to support the peace process. Yasmin has participated in the 1.5 track on peace diplomacy led by Geneva Centre for Security Sector Governance (DCAF) on security issues. Through the Peace Track Initiative, Yasmin is working to create a space for women’s participation in the peacebuilding process. Yasmin led the Peace Track Initiative women civil society delegation who participated on the sidelines of Geneva Peace Consultations for Yemen in September 2018. She has worked for more than 11 years with international organizations and the private sector in the development field, including with GIZ, MDM France, and Occidental Petroleum of Yemen. Yasmin is a public speaker and has engaged in public speaking with the Nobel Peace Center with the Oslo Women Initiative and the UN Women during the Geneva Peace Week.

Amr Al-Beidh
Member of the presidential council, the Southern Transitional Council
Amr Al-Bidh is a member of the presidential council of the Southern Transitional Council and is responsible for external communications and issues regarding the peace process. al-Beidh worked in the office of President Ali Salim Al Biedh’s for more than 10 years and has a wide understanding of the dynamics and struggles of the movement in South Yemen.

Fatima Abo Alasrar, moderator
Non-resident scholar
Fatima Abo Alasrar is a Non-Resident Scholar at the Middle East Institute. Before joining the Institute, Alasrar was a Senior Analyst at the Arabia Foundation in Washington DC, MENA Director for Cure Violence, Research Associate at the Arab Gulf States Institute in Washington, a Mason Fellow at the Kennedy School of Government, and an International Policy Fellow at the Open Society Foundation. From 2006-12, she worked as an advisor for the Embassy of Yemen in Washington, DC. Earlier in her career, Alasrar served as a program officer for the Department for International Development (DFID) in Yemen.