Permission to Narrate: The Shifting Discourse on Israel/Palestine in the U.S. 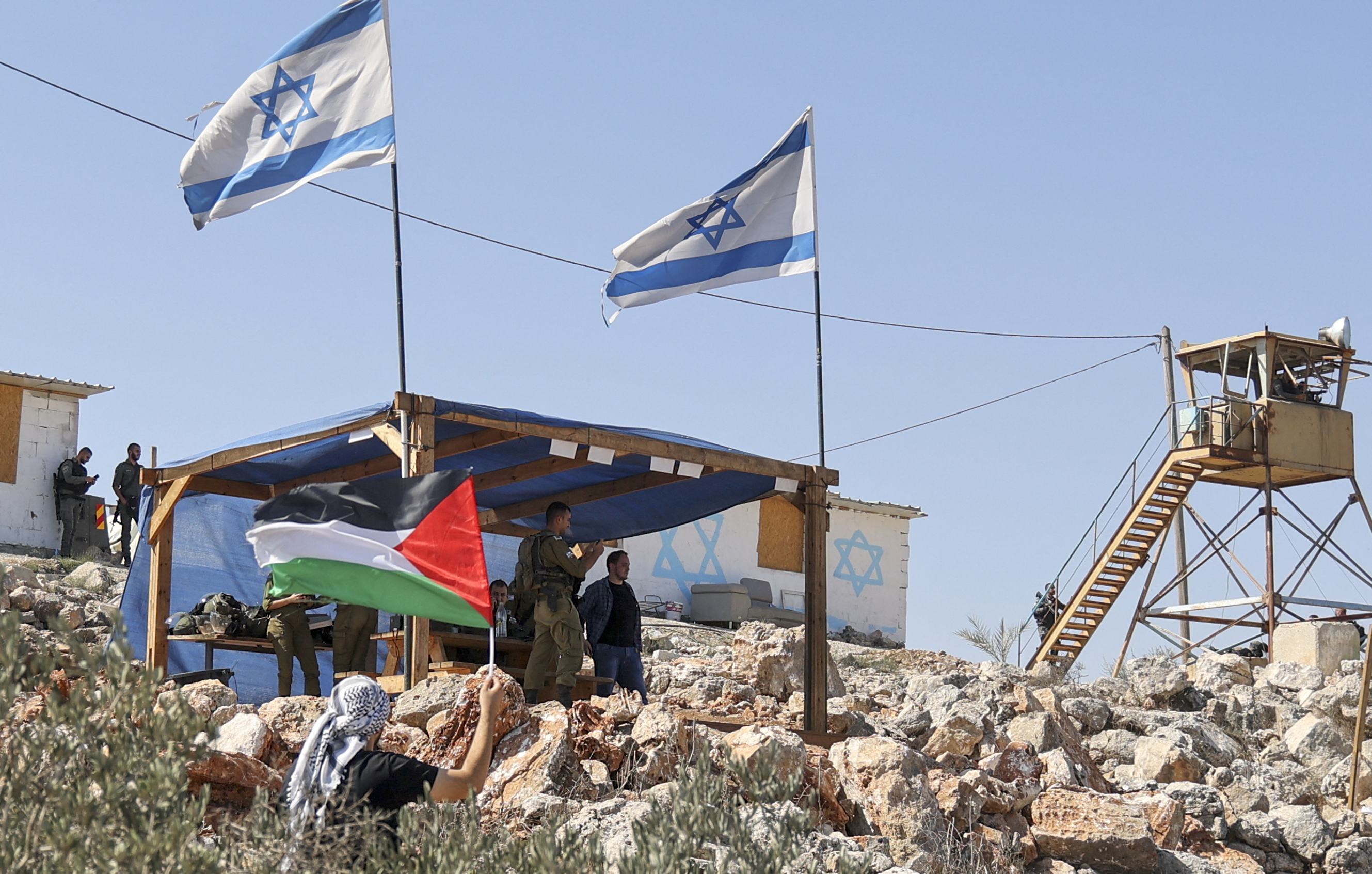 The pending expulsions of Palestinian families from their homes in the East Jerusalem neighborhood of Sheikh Jarrah by Israeli settlers and the Israeli offensive in Gaza this past summer garnered unprecedented media attention and public solidarity with Palestinians, along with a perceptible shift in how international and especially U.S. media cover issues related to Palestine-Israel. Amid these developments, a number of activists and policy analysts point to what they regard as a “shifting narrative” on Palestine—even as the political and policy discourse in Washington remains palpably Israel-centric.

To answer these questions, the Middle East Institute (MEI) is pleased to invite you to join a virtual panel discussion that will explore how journalism and mass media have shaped the public’s understanding of the Palestinian struggle for self-determination and an end to the occupation, the ways news is framed and consumed in a rapidly evolving media landscape, and how narratives can be leveraged to influence foreign policy.

Peter Beinart
Peter Beinart teaches national reporting and opinion writing at the Newmark J-School and political science at the CUNY Graduate Center. He is editor-at-large for Jewish Currents, a CNN political commentator, and a fellow at the Foundation for Middle East Peace. He is also a nonfiction author and former Rhodes Scholar. His first book, “The Good Fight,” was published by HarperCollins in 2006. His second book, “The Icarus Syndrome,” was published by HarperCollins in 2010. His third, “The Crisis of Zionism,” was published by Times Books in 2012. Beinart has written for The Atlantic, The Wall Street Journal, The New Republic, the Financial Times, the Boston Globe, Newsweek, Slate, The Forward, Reader’s Digest, Die Zeit, Frankfurter Allgemeine Zeitung, and Polity: the Journal of the Northeastern Political Science Studies Association. Beinart graduated from Yale University, winning a Rhodes scholarship for graduate study at Oxford University.

Dalia Hatuqa
Dalia Hatuqa, is a multimedia journalist specializing in Israeli/Palestinian affairs, and regional Middle East issues as they pertain to business and economics, culture, art and U.S. foreign policy. She also writes about religion, minorities and immigration in the U.S. Her work has been published in The Washington Post, Time, The NYRB, The Economist, Foreign Policy, Foreign Affairs, The Atlantic, and elsewhere. Her radio stories and commentary have aired on NPR, PRI’s The World, the BBC and Monocle 24. Dalia is a fluent Arabic speaker, and has two Masters degrees: from Northwestern and Birzeit University (International Relations).

Shibley Telhami
Shibley Telhami is the Anwar Sadat Professor for Peace and Development at the University of Maryland. He is also a nonresident senior fellow with the Center for Middle East Policy, in the Foreign Policy program at Brookings. In the past, Telhami served as a senior advisor to the U.S. Department of State, advisor to the U.S. Mission to the United Nations, advisor to Congressman Lee Hamilton, and as a member of the Iraq Study Group. Shibley is an expert on U.S. policy in the Middle East, on Arab politics, and on shifting political identities in the Arab world. He regularly conducts public opinion polls in the Arab world, Israel, and the United States. Among his many publications are “The World Through Arab Eyes: Arab Public Opinion and the Reshaping of the Middle East” (Basic Books, 2013), “The Peace Puzzle: America’s Quest for Arab-Israeli Peace 1989-2011” (Cornell University Press, 2013), and the best-selling “The Stakes: America in the Middle East” (Basic Books, 2003), selected by Foreign Affairs as one of the top five books for that year. In addition, he was selected by the Carnegie Corporation of New York with the New York Times as one of the “Great Immigrants” for 2013.

Khaled Elgindy, moderator
Khaled Elgindy is senior fellow and director of the Program on Palestine and Palestinian-Israeli Affairs at the Middle East Institute as well as an adjunct professor at Georgetown University’s Center for Contemporary Arab Studies. He is the author of the new book, Blind Spot: America and the Palestinians, from Balfour to Trump, published by Brookings Institution Press in April 2019. Elgindy previously served as a resident scholar in the Foreign Policy program at the Brookings Institution from 2010 through 2018. Prior to arriving at Brookings, he served as an adviser to the Palestinian leadership in Ramallah on permanent status negotiations with Israel from 2004 to 2009, and was a key participant in the Annapolis negotiations of 2007-08. Elgindy holds an M.A. degree in Arab Studies from Georgetown University and a B.A. in Political Science from Indiana University-Bloomington.

Tariq Kenney-Shawa, moderator
Tariq Kenney-Shawa is a graduate research fellow for the Program on Palestine and Palestinian-Israeli Affairs at the Middle East Institute for the 2021-22 academic year. He is currently pursuing his Masters in International Affairs at Columbia University, where he is studying conflict resolution, international security, and journalism. During his time as a graduate student he also consulted for The New York Times, researching far-right extremism and threats posed to journalists. Before that, Tariq worked at a security consulting firm based in New York City, where he covered conflict developments across the Middle East and North Africa. He also holds a B.A. in Political Science and Middle East Studies from Rutgers University.