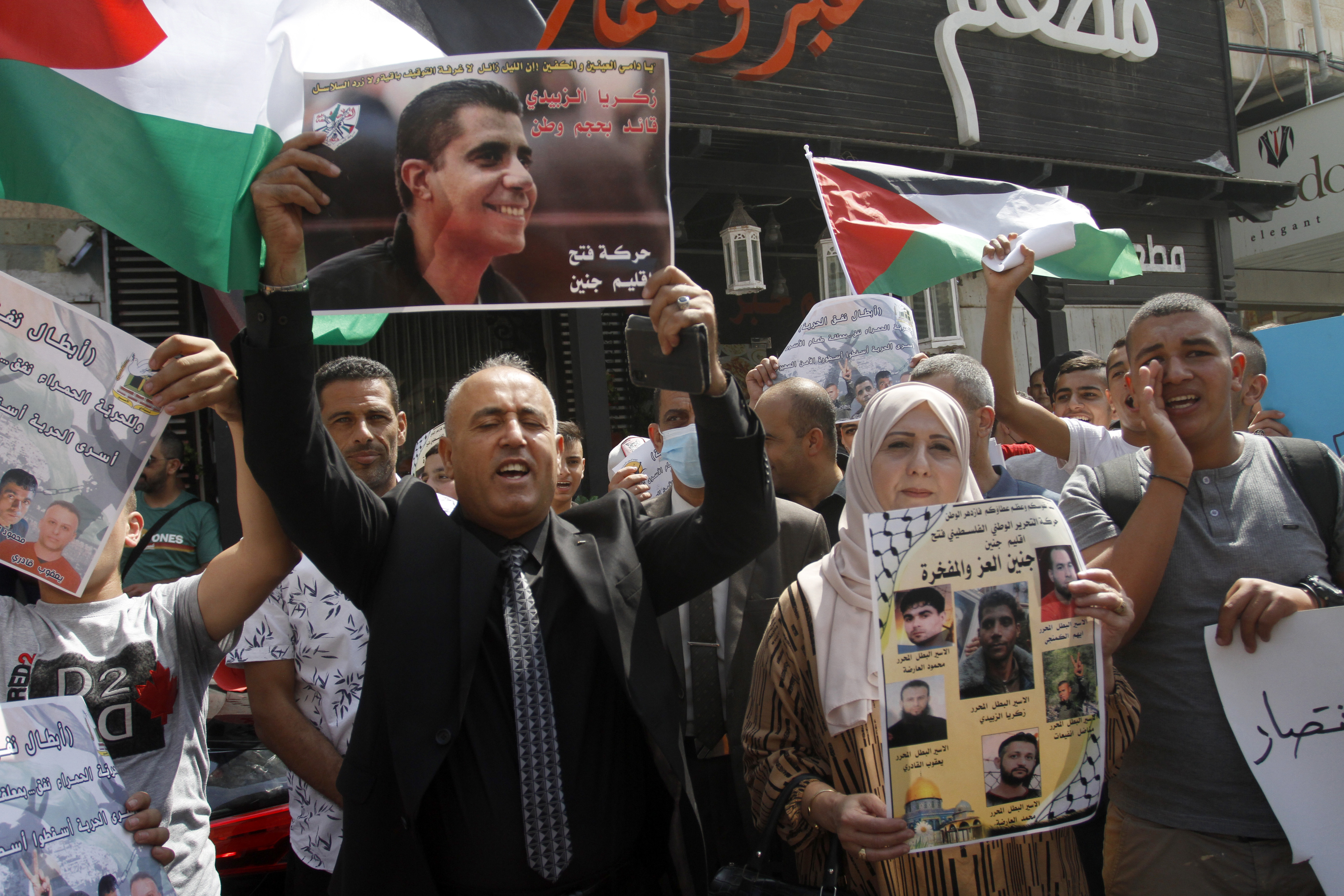 The dramatic escape of six Palestinian prisoners from a high-security prison in Israel earlier this month has cast a bright light on the long-neglected and intensely polarizing issue of Palestinian political prisoners, their status in Palestinian society, and their treatment at the hands of Israel.

Although all six men have since been recaptured by Israeli authorities, their daring escape became a symbol of Palestinian defiance and hope for ordinary Palestinians and leaders alike. For Israelis, most of whom regard the men as little more than terrorists, the incident was seen as a major security failure and an embarrassment for Israel’s vaunted security establishment. Although the Biden administration did not weigh in on the incident, the issue of Palestinian prisoners remains the subject of intense focus and even congressional legislation in Washington.

What are the conditions of Palestinians being held in Israeli jails? Why does the issue generate such intense emotion among both Palestinians and Israelis as well as in Washington?

Jawad Boulus
Jawad Boulus is a renowned Palestinian human rights lawyer, political commentator, and author. Boulus was born into a Christian family in the small Arab Galilee village of Kafr Yaseef in 1956, and graduated from the Hebrew University of Jerusalem in 1980. As a Palestinian with Israeli citizenship, Boulus has been deeply involved in the Israeli-Palestinian conflict and the fight for Palestinian human rights for over 40 years. He currently publishes a notable weekly opinion column in Arabic which is circulated in numerous local and international printed newspapers and online magazines. He is the Director of the Legal Unit of the Palestinian Prisoners' Club in Ramallah. He serves as Co-Chair on the Board of Directors to ‘Hand in Hand,’ a network of integrated bilingual schools for Jewish and Arab children in Israel. Boulus also serves as Secretary to the Mahmoud Darwish Association for Innovation. His own law firm is based in Jerusalem, where he resides with his wife Jumana.

Sahar Francis
Sahar Francis is the General Director of Addameer Prisoner Support and Human Rights Association, a Ramallah-based Palestinian NGO that provides legal and advocacy support to Palestinian political prisoners in Israeli and Palestinian prisons. An attorney by training, she joined Addameer in 1998, first as a human rights lawyer, then as head of the Legal Unit. With over sixteen years of human rights experience including legal counseling and representation, Francis is a leader of prisoners rights advocacy. She has also represented Addameer at the UN Human Rights Council, sits on the Board of Defense for Children International-Palestine Section, and was recently appointed to be on the technical committee for the Palestinian National Committee for the follow-up of the International Criminal Court (ICC). Francis earned her law degree from the University of Haifa in 1994, entered the Israeli Bar Association in February 1996, and earned her master’s degree in International Studies from Birzeit University in 2006.

Lara Friedman
Lara Friedman is the president of the Foundation for Middle East Peace. With more than 25 years working in the Middle East foreign policy arena, Lara is a leading authority on U.S. foreign policy in the Middle East, with particular expertise on the Israeli-Arab conflict, Israeli settlements, Jerusalem, and the role of the U.S. Congress. Prior to joining FMEP, Lara was the Director of Policy and Government Relations at Americans for Peace Now, and before that she was a U.S. Foreign Service Officer, serving in Jerusalem, Washington, Tunis and Beirut. She tweets @LaraFriedmanDC

Khaled Elgindy, moderator
Khaled Elgindy is senior fellow and director of the Program on Palestine and Israeli-Palestinian Affairs at the Middle East Institute. He is the author of Blind Spot: America and the Palestinians, from Balfour to Trump, published by Brookings Institution Press in April 2019. Elgindy previously served as a fellow in the Foreign Policy program at the Brookings Institution from 2010 through 2018. Prior to arriving at Brookings, he served as an adviser to the Palestinian leadership in Ramallah on permanent status negotiations with Israel from 2004 to 2009, and was a key participant in the Annapolis negotiations of 2007-08. Elgindy is also an adjunct instructor in Arab Studies at Georgetown University. He tweets @elgindy_

After 18 years, Palestinian families can finally live together: The end of Israel’s 2003 citizenship law