Reappraising the U.S. Military Strategy and Mission in Afghanistan 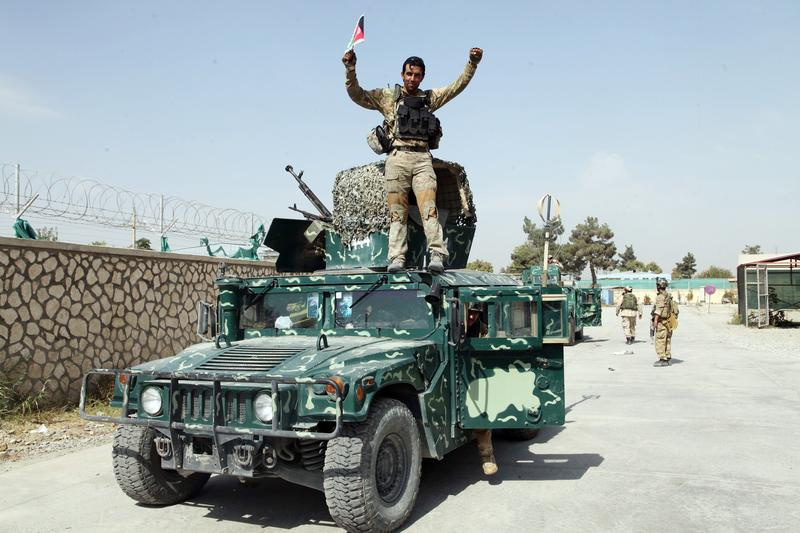 The Afghan Taliban's 2015 offensive and October seizure of Kunduz city, and the rise in civilian casualties highlighted by the recent beheadings of Hazaras, reflect the insurgency's improved weaponry and fierce tactics and have stoked concern about the preparedness of the Afghan forces. The intensifying conflict impedes President Ghani's pursuit of a political resolution. President Obama changed course and will keep several thousand U.S. troops in Afghanistan beyond this year to "train, advise, and assist" the country's national military and police. Panel members addressed how Afghan and U.S. strategy and deployed capabilities should change to defeat an emboldened Taliban. The discussion ranged also into the roles in Afghanistan's conflict being played by entities in Pakistan, India, and China.
MEI’s Marvin Weinbaum moderated the discussion.
Speaker Biographies
Lt. Gen. David W. Barno, USA (Ret.), is a distinguished practitioner in residence at American University's School of International Service and a nonresident senior fellow at the Atlantic Council. He was senior American commander of U.S. and coalition forces in Afghanistan from 2003 to 2005. From 2007 to 2009, Barno served as the Chairman of the Advisory Committee on Operation Iraqi Freedom and Operation Enduring Freedom Veterans and Families. He is an authority on military operations, the changing character of conflict, civil-military issues, and leader development. He was a senior fellow at the Center for a New American Security and frequently serves as an expert consultant, supporting a wide range of government and other organizations. General Barno has published extensively and testified before Congress numerous times.
Ali Jalali, former Interior Minister of Afghanistan (Jan. 2003-Sept. 2005), is currently serving as a distinguished professor at the Near East South Asia Center for Strategic Studies at the National Defense University (NDU), Washington, D.C. Prior to assuming the ministerial post in Kabul, Mr. Jalali served at the Voice of America (1982 to 2003) as director of broadcasts in Pashto, Dari, and Farsi languages to Afghanistan, Iran, and Central Asia. As journalist, he covered the war in Afghanistan (1982-1993) and in Central Asia (1993-2000). Jalali has taught at higher education institutions in Afghanistan and lectured at NDU, the U.S. Army War College, U.S. Naval Postgraduate School, Monterey, California, Command and General Staff College, Fort Leavenworth, Kansas, and the British Army Staff College, Camberley, England.
Thomas F. Lynch, III is a distinguished research fellow for South Asia and the Near East in the Center for Strategic Research, Institute for National Strategic Studies, at the National Defense University (NDU). His research focuses on Pakistan, Afghanistan, India & the Subcontinent, the Gulf Arab States, and the past and future trajectory of radical Islam. Prior to joining the NDU faculty, Dr. Lynch had a 28 year-long career in the U.S. Army, serving in a variety of positions, including time as a senior politico-military analyst, special assistant to the Chairman of the Joint Chiefs of Staff with focus on Afghanistan-Pakistan and the Middle East (2008-2010), director of the Advisory Group for the Commander of U.S. Central Command (2005), and military special assistant to the U.S. Ambassador in Afghanistan (2004). Lynch is a member of the Council on Foreign Relations and an adjunct professor in the School of Foreign Service at Georgetown University.
David S. Sedney is a nonresident senior associate with the Center for Strategic and International Studies, focusing on national security and foreign policy. He has held various government positions, including Deputy Assistant Secretary of Defense (DASD) for Afghanistan, Pakistan and Central Asia (2009-2013) and DASD for East Asia (2007-2009). Prior to his Pentagon service, Mr. Sedney was director for Afghanistan on the National Security Council staff, senior advisor to the U.S. Ambassador to the United Nations, and Deputy Chief of Mission at the U.S. Embassies in Beijing, Kabul, and Baku. He has been recognized with several of the most prestigious awards for civilian officials in the Departments of Defense and State. He is on the steering committee of the Alliance in Support of the Afghan People, is a trustee of the American University of Afghanistan, and is on the board of advisors of the Afghan Institute for Strategic Studies.
Marvin G. Weinbaum is professor emeritus of political science at the University of Illinois at Urbana-Champaign, and served as analyst for Pakistan and Afghanistan in the U.S. Department of State’s Bureau of Intelligence and Research from 1999 to 2003. At Illinois, Dr. Weinbaum directed the Program in South Asian and Middle Eastern Studies for fifteen years. His research, teaching, and consultancies have focused on the issues of national security, state building, democratization, and political economy in Afghanistan and Pakistan. He is the author or editor of six books and has written more than 100 journal articles and book chapters. Among other honors and appointments, Dr. Weinbaum was awarded a Fulbright Research Fellowship for Afghanistan in 1989–90.