Reflections on Palestinian Unity, the Statehood Bid, and Prospects for Peace 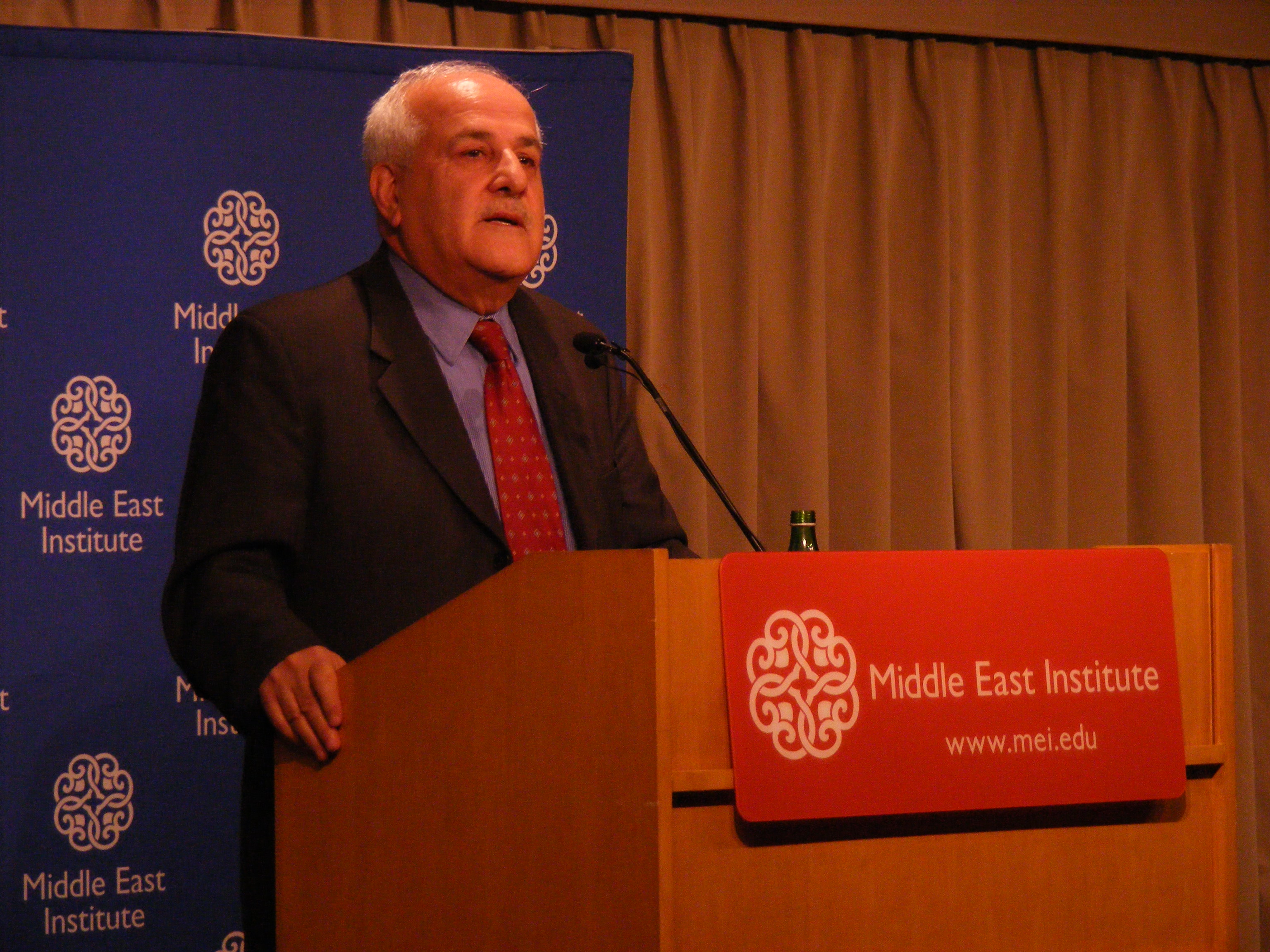 The Middle East Institute's George and Rhonda Salem Family Foundation Series is proud to host Ambassador Riyad Mansour, Permanent Observer of Palestine to the United Nations, for a discussion about the goals of the new Palestinian power sharing arrangement, the status of the PLO's UN statehood bid, and prospects for peace in 2012. In the wake of the February 6 announcement that Palestinian President Mahmoud Abbas will head an interim unity government there is renewed hope for political cooperation between rival parties Fatah and Hamas. The formation of the unity government however threatens U.S. aid to Palestine, as the United States has said that it refuses to send money to Hamas, which it considers a terrorist organization. The PLO's continued pursuit of statehood recognition in the UN Security Council has also isolated it from the United States even as it earned popular and international support. Please join us as Amb. Mansour addresses these issues and their implications for U.S.-Palestine relations, the peace process, and regional stability on the whole.

Bio: Riyad Mansour has served as Permanent Observer of Palestine to the United Nations since 2005. Amb. Mansour previously served as the Deputy Permanent Observer of Palestine to the United Nations from 1983 to 1994. With an extensive background in the business world, Mr. Mansour was most recently Senior Executive Consultant to Maali Enterprises, based in Orlando, Florida. He has also served as Litigation Consultant, Leventhal & Slaughter PA (2002-2005); and Vice-President of Intram Investments (1994-2002), all based in Florida. Mr. Mansour also has an extensive background in academia. Since 2002, he has been Adjunct Professor in the Political Science Department at the University of Central Florida. He also taught graduate courses at the University of Akron in Ohio, where he earned his Ph.D. in Counseling. He also holds a Master of Science degree in Education Counseling, as well as a Bachelor of Arts degree in Philosophy, from Youngstown State University in Ohio. In addition, Mr. Mansour is the author of several publications, and has held leadership positions in a number of public and private institutions.