The Role of Entrepreneurship in Building a Better Egypt 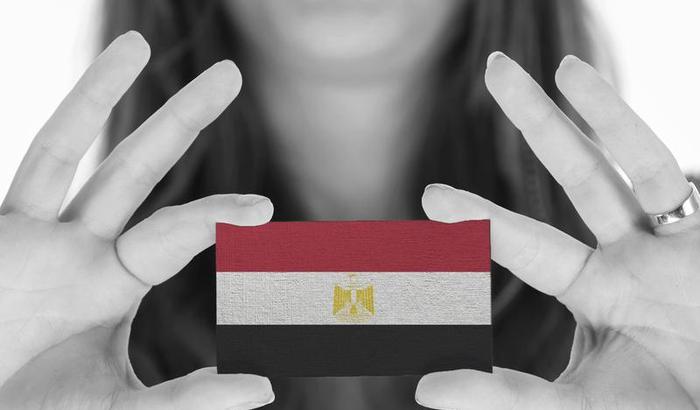 In Egypt, innovative enterprise development has taken off in the wake of the 2011 protests with thousands of youth turning to entrepreneurship as a means of creating economic opportunity as well as addressing social challenges.

The Middle East Institute hosted a discussion on January 22, 2014, about Egypt's burgeoning start-up sector with entrepreneurs Yumna Madi (KarmSolar), Mona Mowafi (Rise Egypt), and Dina Sherif (Ahead of the Curve, Silatech), who discussed their companies' innovative ideas, the opportunities and challenges they face as entrepreneurs, and their hopes to see greater development and job creation in Egypt through the support of more innovators and start-ups. James A. Harmon, chairman of the Egyptian-American Enterprise Fund, discussed U.S. and international support for emerging business initiatives in the country.  Christopher M. Schroeder, author of Startup Rising: The Entrepreneurial Revolution Remaking the Middle East, led the discussion.

James A. Harmon is chairman and CEO of Caravel Management LLC and chairman of the Egyptian American Enterprise Fund, a private corporation seeded by U.S. government funds to promote the development of the Egyptian private sector with a particular focus on small-and medium-sized enterprises (SME's). In 2004, Mr. Harmon was elected chairman of the board of the World Resources Institute (WRI), a global policy and research institution. Mr. Harmon served as the chairman, president, and CEO of the Export-Import Bank of the United States from June 1997-June 2001. Export-Import Bank assists in financing the export of U.S. goods and services to international markets. Prior to Export-Import Bank, Mr. Harmon was chairman and CEO of the investment bank, Schroder Wertheim & Co. Mr. Harmon was the U.S. representative on the High Level Panel (HLP) for Infrastructure Investment 2011, a panel appointed by the Finance Ministers and Central Bank Governors of the G20. Mr. Harmon is a member of the Council on Foreign Relations and a Trustee Emeritus of Brown University and Barnard College. Mr. Harmon received a B.A. in English Literature from Brown University and an MBA in Finance from Wharton Graduate School, University of Pennsylvania.

Yumna Madi is the co-founder and chief business development officer at KarmSolar, an Egyptian start-up aimed at developing innovative, commercially viable solar energy applications. Established in 2011, KarmSolar's flagship products include an award-winning, off-grid, high-capacity solar water pumping solution, and an innovative solar building solution. Ms. Madi has over 7 years of experience in business development, contracting, market research, and analysis working in Washington, D.C. and Cairo. She holds a M.A. in International Economics with a focus in Energy and Environmental Policy from Johns Hopkins University's School of Advanced International Studies (SAIS).

Mona Mowafi is co-founder and president of RISE Egypt, an organization that is mobilizing the global Egyptian diaspora and its networks to invest in social entrepreneurship for development in Egypt. Its mission is to find, support, and scale social enterprises that create positive social impact, are financially sustainable, and address policy challenges of national significance. Mona was also co-founder and president of Egypt NEGMA from 2011-2013, and was Chair of its 1st Annual NEGMA Conference and Impact Egypt! Social Innovation Competition. She was awarded a global health research award for emerging leaders by the Global Health Council in 2011, and was recently awarded the Judith O’Connor Award for emerging nonprofit leaders from Boardsource. She has published numerous peer-reviewed articles and book chapters in her field, and has frequently lectured on the role of people-driven development in Egypt since the January 2011 revolution. Mona holds a doctorate in Social Epidemiology from the Harvard School of Public Health, where she currently remains affiliated as a Research Fellow.

Dina Sherif is co-founder of Ahead of the Curve, a social enterprise firm working to promote sustainable societies by encouraging more responsible and inclusive business practices in emerging markets and is Senior Advisor for Engagement at Silatech, a regional non-profit based in Doha that was established to support youth economic empowerment and inclusion in the Middle East. She is currently a fellow at the New America Foundation's Middle East Task Force. From 2006-2012, Ms. Sherif was the associate director of the John D. Gerhart Center for Philanthropy and Civic Engagement at the American University in Cairo.  Ms. Sherif is currently the Chair of the Board of the Arab Foundations Forum, based out of Amman, Jordan; the Alashanek ya Baladi Association (For You My Country) in Egypt; and a member of the advisory board of Nakhweh, based out of Jordan. She was recently named one of Trust America's top 100 thought leaders on responsible business practice in Europe and the Middle East and is a the co-editor of the leading publication From Charity to Social Change: Trends in Arab Philanthropy.

Moderator - Christopher M. Schroeder is a Washington D.C. and New York City based entrepreneur and venture investor. He co-founded HealthCentral.com, one of the nation's largest social and content platforms in health and wellness, backed by Sequoia Capital, Polaris Ventures, The Carlyle Group, Allen & Company, and IAC Corporation. The company was sold to health media publisher Remedy Health in January 2012, where Schroeder remained a board advisor. Previously, he was CEO of washingtonpost.newsweek interactive and LegiSlate.com. He currently invests in and advises top US venture capital funds and over a dozen consumer-facing social/media startups. He has written extensively about startups and technology in emerging growth markets for The Washington Post, Wall Street Journal, Fortune, AllThingsD, TechCrunch, Pando Daily, Harvard Business Review, and Business Insider among other publications. He speaks regularly around the globe, and sits on the board of advisors of The American University of Cairo School of Business, the Jordanian incubator Oasis500, and online Middle East entrepreneur information platform and network wamda.com. Schroeder is also on the Board of Directors of the American Council on Germany, The Dean's Board of the American University School of International Service, and is a member of the French American Foundation and the Council on Foreign Relations.