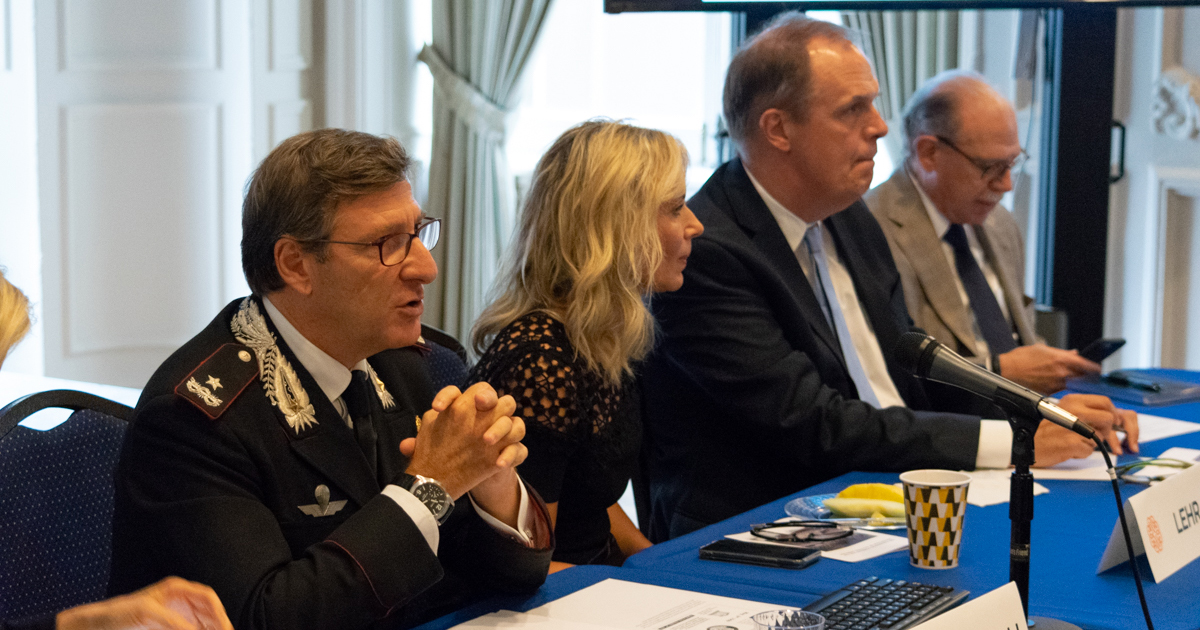 On Thursday, August 2, MEI co-hosted with the Antiquities Coalition a private roundtable luncheon featuring Italian Brigadier General Fabrizio Parrulli, director of the Carabinieri's High Command for the Protection of Cultural Heritage. Kate Seelye and Deborah Lehr hosted this roundtable which was attended by 33 people.

Brigadier General Fabrizio Parrulli is the Carabinieri Commander for the Protection of Cultural Heritage. He attended the Military Academy of Modena and completed his studies at the Carabinieri Commissioned Officers School in Rome. He has a degree in Law from the University of Parma and a degree in International and Diplomatic Studies from the University of Trieste. He received a master’s degree in International Strategic–Military Studies at the University of Milan jointly with the Center for High Defense Studies. He has attended the Senior Joint Staff College in Rome and participated in many specialized courses in Italy and abroad, including the “International Training Program for Conflict Management” at the University of Santa Anna in Pisa and courses delivered by the NATO School of Oberammergau, the École Nationale d’Administration in Paris, and the United Nations in Genève. In July 2016, he was appointed Commander of the Carabinieri Command for the Protection of Cultural Heritage.

Prior to this appointment, he occupied several positions in the Carabinieri Corps, including Commander of the Carabinieri “Train-Advise-Assist Task Force” (TAA TF) in Iraq. In Baghdad, within the Italian government’s “Blue Helmets of Culture” initiative, he led the launch of a cultural heritage protection course for the Iraqi police force, and trained staff of the Iraqi ministries of interior and culture. Both programs fall within Italy’s Unite4Heritage Task Force, a rapidly deployable unit operating globally to train local authorities in safeguarding endangered patrimony, especially in the Middle East.