The Russian Invasion of Ukraine and its Implications for Turkey 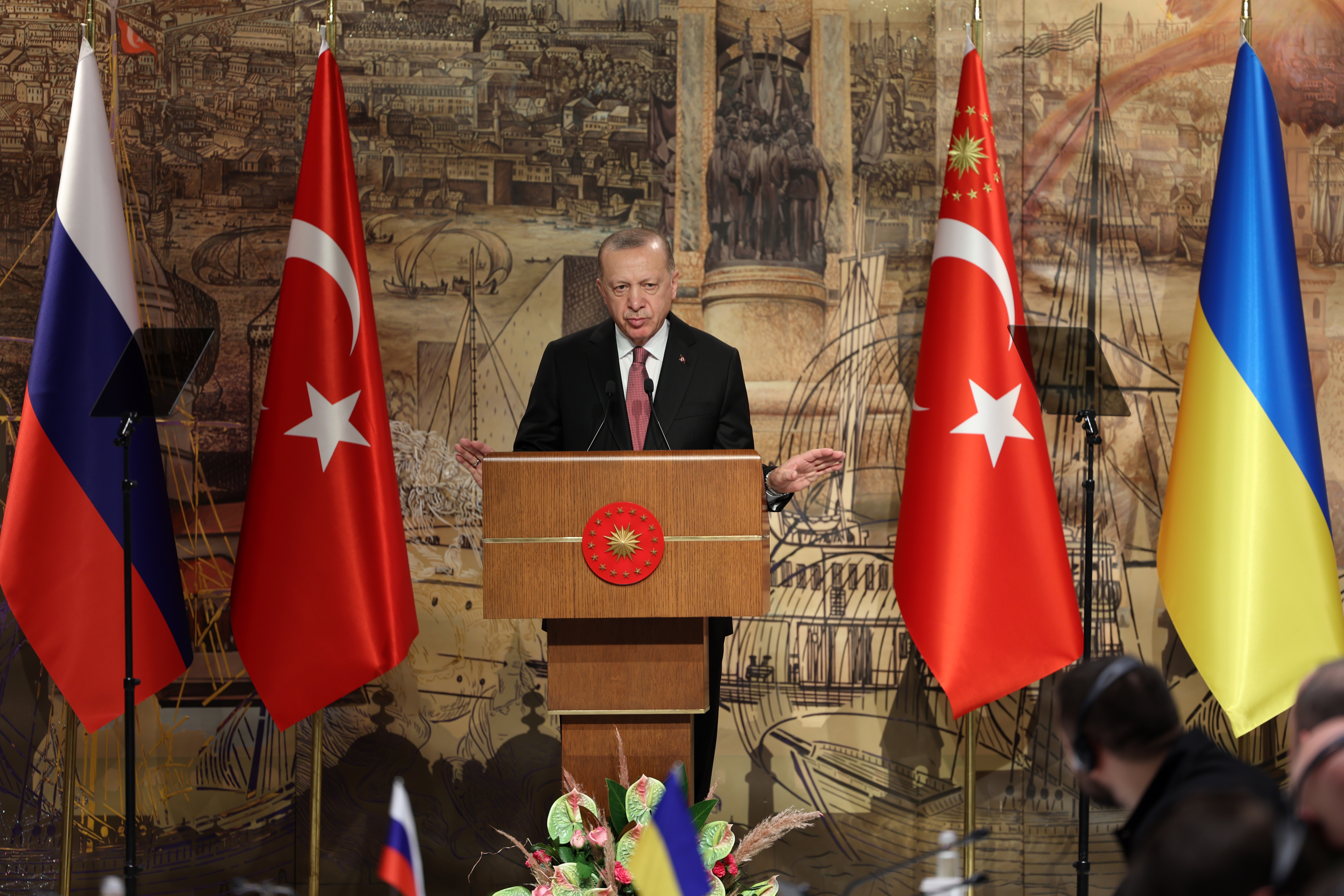 During the ongoing conflict between Ukraine and Russia, Turkey has engendered goodwill in the West by serving as a mediator between the two nations. However, Turkish President Recep Tayyip Erdoğan's public warning that Turkey may block Sweden and Finland's bids to join NATO risks destroying that goodwill. How has Russia’s invasion of Ukraine affected Turkey's standing and geopolitical calculations? Has Moscow's military blunder led Ankara to rethink its defense ties with Russia? Is this an opportunity for Turkey to take advantage of a more isolated Russia and advance its interests in places such as Syria and the South Caucasus? What does Erdoğan's stance on Sweden and Finland's bid mean for Turkey's own standing in NATO? Please join us on May 27th at 11.00 am EST to discuss these questions and much more.

Alper Coşkun
Alper Coşkun is a senior fellow within the Europe Program at the Carnegie Endowment for International Peace in Washington, DC. His research focuses on Turkish foreign policy, especially in relation to the United States and Europe.

He is a retired career diplomat of thirty-two years with extensive experience in both bilateral and multilateral settings. He was the director general for international security affairs at the Turkish Ministry of Foreign Affairs (2016-2019), covering NATO, transatlantic relations, as well as Euro-Atlantic security/defense and arms control/disarmament matters. Before that, he was ambassador to Baku, Azerbaijan (2012-2016), where he oversaw one of Turkey’s most active and largest diplomatic missions with a wide multiagency composition.

He has held positions within the Turkish Foreign Ministry at various levels on issues related to maritime jurisdiction affairs, counter terrorism/intelligence, and NATO/Euro-Atlantic security matters. He has served in the cabinets of both the minister of foreign affairs and the undersecretary of the Ministry of Foreign Affairs. His foreign assignments include Turkish missions in Moscow, Athens, and the United Nations, as well as NATO, where he was the deputy permanent representative. Previously, he was a faculty member of the NATO Defense College in Rome.


General (Ret.) Philip Breedlove
Philip Breedlove is retired General of the United States Air Force. Highly decorated, he reached the pinnacle of the United States Military as one of six geographic Combatant Commanders and Supreme Allied Commander of NATO. During 39 years of service, he held a variety of demanding command and staff positions: Supreme Allied Commander Europe (SACEUR), Commander of US European Command; Commander, US Air Forces Europe and Air Forces Africa; Vice Chief of Staff of the Air Force; and Assistant Chief of Staff for Air Operations, Plans and Requirements.

Gen. Breedlove is a proven strategic planner, a motivational leader and talented communicator. He currently serves on the Georgia Tech Advisory Board, serves as a Distinguished Professor at the Sam Nunn School of International Affairs at Georgia Tech, as CEO of Emerald Coast Strategic Solutions, and is on the Board of Directors of the Atlantic Council.

Gen. Breedlove earned his Bachelor of Civil Engineering from The Georgia Institute of Technology and a Masters of Science in Aerospace Technology from Arizona State University. He completed a Masters of International Security Affairs from the National War College, a Fellowship in International Security Affairs, Seminar XXI from the Massachusetts Institute of Technology and completed Leadership at the Peak at the Center for Creative Leadership Colorado Springs.

Professor Güvenç is a board member of the Foundation of Lausanne Treaty Emigrants. He received his BA and MA degrees from Marmara University and his PhD in Political Science and International Relations from Boğaziçi University, Istanbul, Turkey.

Gonul Tol, moderator
Gönül Tol is the founding director of the Middle East Institute’s Turkey program and a senior fellow for the Frontier Europe Initiative. She is the author of an upcoming book titled “Erdogan’s War: A Strongman’s Struggle at Home and in Syria."