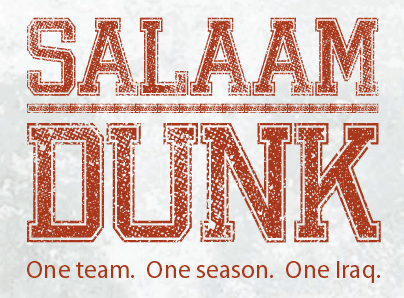 The Middle East Institute and the Iraqi Cultural Center are pleased to host a screening and panel discussion on the award-winning documentary "Salaam Dunk," which follows the American University of Iraq- Suleimani all women's basketball team as they discover what it means to be students, athletes and friends.

Salaam Dunk is a documentary following the American University of Iraq-Suleimani all women's basketball team. It is a tribute to the perseverance of a group of young Iraqi women who find comfort and friendship in sports. The players hail from all ethnic backgrounds and sects - Arab, Kurd, Christian, Sunni, Shiite - and many had never taken part in athletics before joining the basketball team. Salaam Dunk is a story of personal growth and achievement in a war-torn country -- an uplifting film about 'girl power' with a strong message of hope, resilience and solidarity. It presents a side of Iraq you won't often see on the news.

The panel will feature Kyle Long (Director of the US Office of the American University of Iraq-Suleimani), Sally Merza (one of the protagonists in the film and a member of the AUIS women's basketball team from 2009-2010), and Nathaniel Rosenblatt (Senior analyst at Caerus Associate, headquartered in Washington, DC) The discussion will be moderated by Aseel Albanna, public relations and media officer at the Iraqi Cultural Center.

The event will be followed by a reception/Iftar. Seats are limited, please RSVP by Tuesday, July 22nd, 2014.