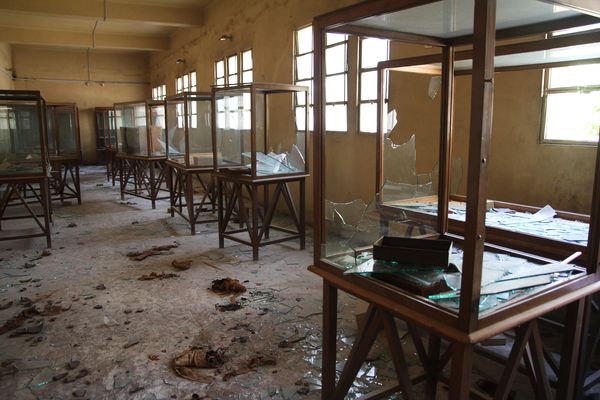 Cultural racketeering, the systematic theft of art and antiquities by organized crime, has increased at Egyptian archaeological sites by as much as 1000% in the past three years, with devastating consequences for the country's priceless cultural heritage. The Middle East Institute is pleased to host Deborah Lehr, founder of the International Coalition for the Protection of Egyptian Antiquities, for a discussion about the sharp rise of looting and racketeering, the damage it is doing to Egypt’s critical tourism sector, and what Egypt and the international community can do to address the problem.

Deborah Lehr is the current Chairman of the Antiquities Coalition, vice Chairman of the Paulson Institute, and founding chairman of the Capitol Archaeological Institute at the George Washington University, where she launched the International Coalition for the Protection of Egyptian Antiquities, creating a private-public partnership with the Egyptian government. She has worked as a senior staffer at Merrill Lynch and the New York Stock Exchange, in addition to working as a lead negotiator for China's WTO Accession at the US Trade Representative. She serves on a number of international and U.S.-based advisory boards, including the Elliott School at the George Washington University and the Archaeological Institute of America.