Is There a Political Solution to the Afghan Conflict? 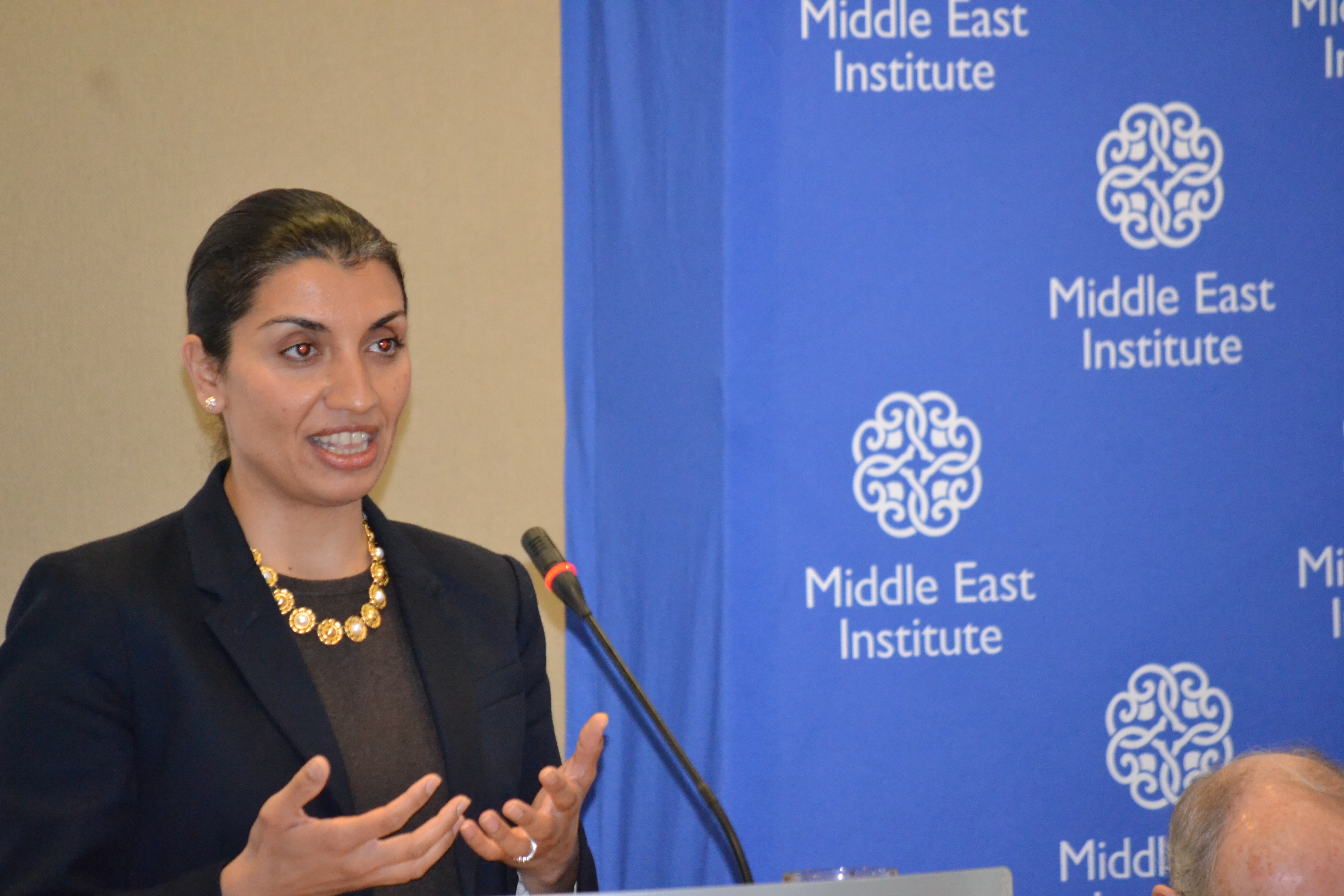 With the military involvement of the U.S. and its NATO allies winding down in Afghanistan, there have been stepped up efforts to explore the possibility of reaching reconciliation with the insurgency. Some officials and independent observers have cited positive signs of interest on the part of the Taliban in a power-sharing arrangement. Others have questioned the Taliban leadership's interest in pursuing a settlement or if the objective conditions exist for concluding an agreement. At stake is whether Afghanistan will be faced after 2014 with continued fighting that tests the mettle of its security forces in what could become a brutal civil war, or can be stabilized with a political solution that is inclusive and satisfies the country's various ideological and ethnic groups.

Bios:
Amb. Omar Samad is the former Afghan ambassador to France (2009-2011) and to Canada (2004-2009). Prior to these postings, he was the spokesperson for the Ministry of Foreign Affairs in Kabul (2001-2004), during which time he also served as an adviser, speech-writer and member of the Ministry's reform committee. He participated in numerous multilateral conferences and specialized forums on Afghanistan, including the Tripartite Security Commission. He was the executive producer of Azadi Afghan Radio (1996-2001) and an advocate for the Afghan cause in the 1980-90s. He writes and provides commentary on Afghan and regional issues in the Afghan and international media. He is currently senior Afghan expert at the United States Institute of Peace.

Shamila Chaudhary is a Pakistan expert specializing in U.S.-Pakistan relations, Pakistan internal politics, and regional issues in South Asia.  She is an analyst with the Eurasia Group's Asia Practice and is a senior fellow at the New America Foundation.  She has twelve years of experience working in the U.S. government, most recently at the White House as director for Pakistan and Afghanistan on the National Security Council from 2010-2011.  Prior to her work at the NSC, she worked on the Department of State's Policy Planning Staff, where she advised Secretary Clinton and the late Ambassador Richard Holbrooke on Afghanistan and Pakistan.  Chaudhary served on the State Department's Pakistan Desk from 2007-2009. She worked on democracy and governance issues at the U.S. Agency for International Development from 2000-2004.

Arif Rafiq is an adjunct scholar with the Middle East Institute.  He conducts research on the reform of national security policy-making in Pakistan. Rafiq is also a weekly columnist with Pakistan's Express Tribune, a leading Pakistani English-language daily, and president of Vizier Consulting, LLC, which provides political risk analysis on the Middle East and South Asia. He is a regular Pakistan analyst on the John Batchelor Show. A frequent contributor to print and web publications, Rafiq has written for outlets such as the Christian Science Monitor, CTC Sentinel, Daily Beast, and Foreign Policy. Previously, Rafiq worked for the Saban Center for Middle East Policy at the Brookings Institution and public relations firms Burson-Marsteller and Ruder Finn.

Moderator: Marvin Weinbaum is the director of the Middle East Institute's Center for Pakistan Studies and a professor emeritus of political science at the University of Illinois at Urbana-Champaign.  He served as analyst for Pakistan and Afghanistan in the U.S. Department of State's Bureau of Intelligence and Research from 1999 to 2003. His research, teaching, and consultancies have focused on the issues of national security, state building, democratization, and political economy in Afghanistan and Pakistan. He is the author or editor of six books and has written more than 100 journal articles and book chapters. Dr. Weinbaum was awarded Fulbright Research Fellowships for Egypt in 1981-82 and Afghanistan in 1989-90, and was a senior fellow at the United States Institute of Peace in 1996-97.