Trade, Development, and Security: A Discussion on the Potential of a US-Egypt Free Trade Agreement 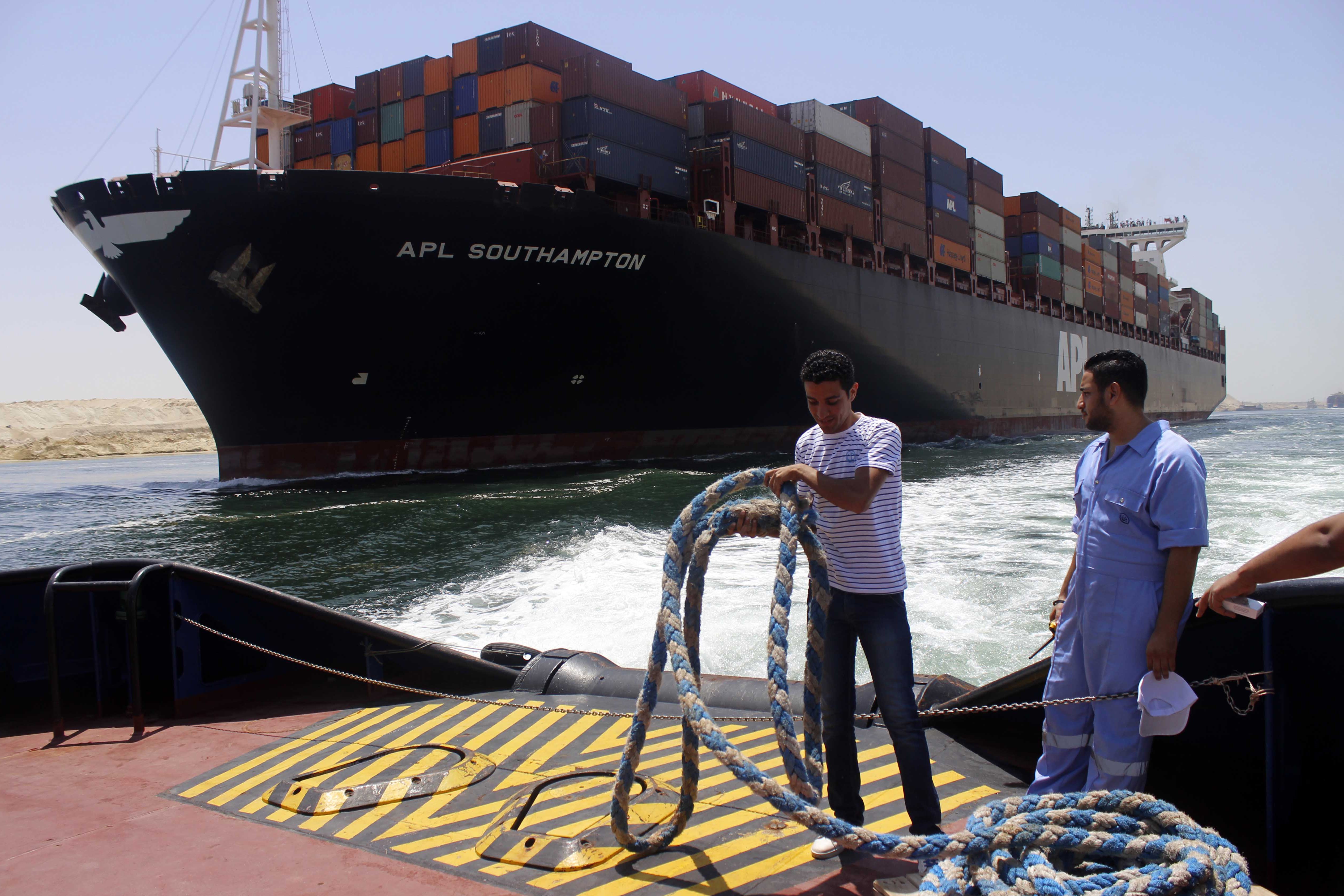 The Middle East Institute (MEI) is pleased to host an event addressing the possibility of a US-Egypt Free Trade Agreement within the wider context of Egyptian development, economy, and security. A US-Egypt Free Trade Agreement has been under discussion, on and off, for the better part of two decades. A new report launched by MEI, "Trade, Reform and Revitalization: Towards a Free Trade Agreement," finds that a free trade agreement would be mutually beneficial, but its success will depend on the adoption of the kind of reforms integral to the growth of Egypt’s economy. Without vibrant growth, powered by an active private sector, Egypt’s economy may falter, affecting its political and economic stability and security.

To address this topic, CEO of the AmCham Egypt Inc in Egypt Hisham Fahmy will be accompanied by Deborah Lehr, CEO of Basilinna, and Mirette F. Mabrouk, the director of MEI's Egypt Studies program. Ambassador Gerald Feierstein, MEI's senior Vice President, will moderate the discussion.

Hisham Fahmy is CEO of AmCham Egypt, a mirror organization for AmCham Egypt based in Washington D.C., and advisor to the AmCham Egypt Board of Governors. Prior to January 2016, Fahmy had served as executive director, then CEO of AmCham Egypt since December 1999 and as general manager from 1987 to 1993. Fahmy has organized over 30 business missions to Washington D.C. and other states as well as several U.S. missions to Egypt in cooperation with the U.S. Chamber of Commerce. He is a familiar face in Washington, offering expertise on strategic bilateral issues and the economic relationship between Egypt and the United States. For over 20 years, Fahmy has advocated for a friendly business environment for U.S. companies operating in Egypt and Egyptian companies working with the United States. He also helped create the AmCham MENA Regional Council to promote U.S. business and investment in the MENA region, and served as the council’s Regional Coordinating CEO. Fahmy also supported the establishment of AmCham Bahrain and AmCham Afghanistan.  He serves on the Egypt-U.S. Business Council (EUSBC), the Advisory Board of the American University in Cairo’s (AUC) School of Business, the Global Board of AMIDEAST, the American Research Center in Egypt (ARCE), and the Board of the Education for Employment association.

Deborah Lehr serves as Chief Executive Officer of Basilinna, a strategic business consulting firm as well as the Vice Chairman and Executive Director of the
Paulson Institute, a think tank founded by Henry M. Paulson. She is also the Founder and Chair of the Antiquities Coalition. Lehr served in the Executive Office of the President as a Deputy Assistant U.S.Trade Representative for China. Also, Lehr was Director of Asian Affairs at the National Security Council and involved in export control and trade policy issues at the Department of Commerce. Deborah is on the Board of the World Monuments Fund, the Middle East Institute, and the Sesame Workshop Global Advisory Board. She is a member of the Council on Foreign Relations.

Mirette F. Mabrouk is an MEI senior fellow and director of the Institute's Egypt Studies program. She was previously deputy director and director for research and programs at the Rafik Hariri Center for the Middle East at the Atlantic Council. An Egypt analyst who was previously a nonresident fellow at the Project for U.S. Relations with the Middle East at the Brookings Institution, Mabrouk moved to D.C. from Cairo, where she was director of communications for the Economic Research Forum (ERF). Formerly associate director for publishing operations at The American University in Cairo Press, Ms. Mabrouk has over 20 years of experience in journalism. She is the founding publisher of The Daily Star Egypt, (now The Daily New Egypt), at the time, the country’s only independent English-language daily newspaper, and the former publishing director for IBA Media, which produces the region’s top English-language magazines. She recently authored "And Now for Something Completely Different: Arab Media’s Own Little Revolution," a chapter in the new book on the Arab transitions, Reconstructing the Middle East.

Ambassador (ret.) Gerald Feierstein is senior vice president at MEI. He retired from the U.S. Foreign Service in May 2016 after a 41-year career with the personal rank of Career Minister. As a diplomat he served in nine overseas postings, including three tours of duty in Pakistan, as well as assignments in Saudi Arabia, Oman, Lebanon, Jerusalem, and Tunisia. In 2010, President Obama appointed Amb. Feierstein U.S. Ambassador to Yemen, where he served until 2013. From 2013 until his retirement, Amb. Feierstein was Principal Deputy Assistant Secretary of State for Near Eastern Affairs.