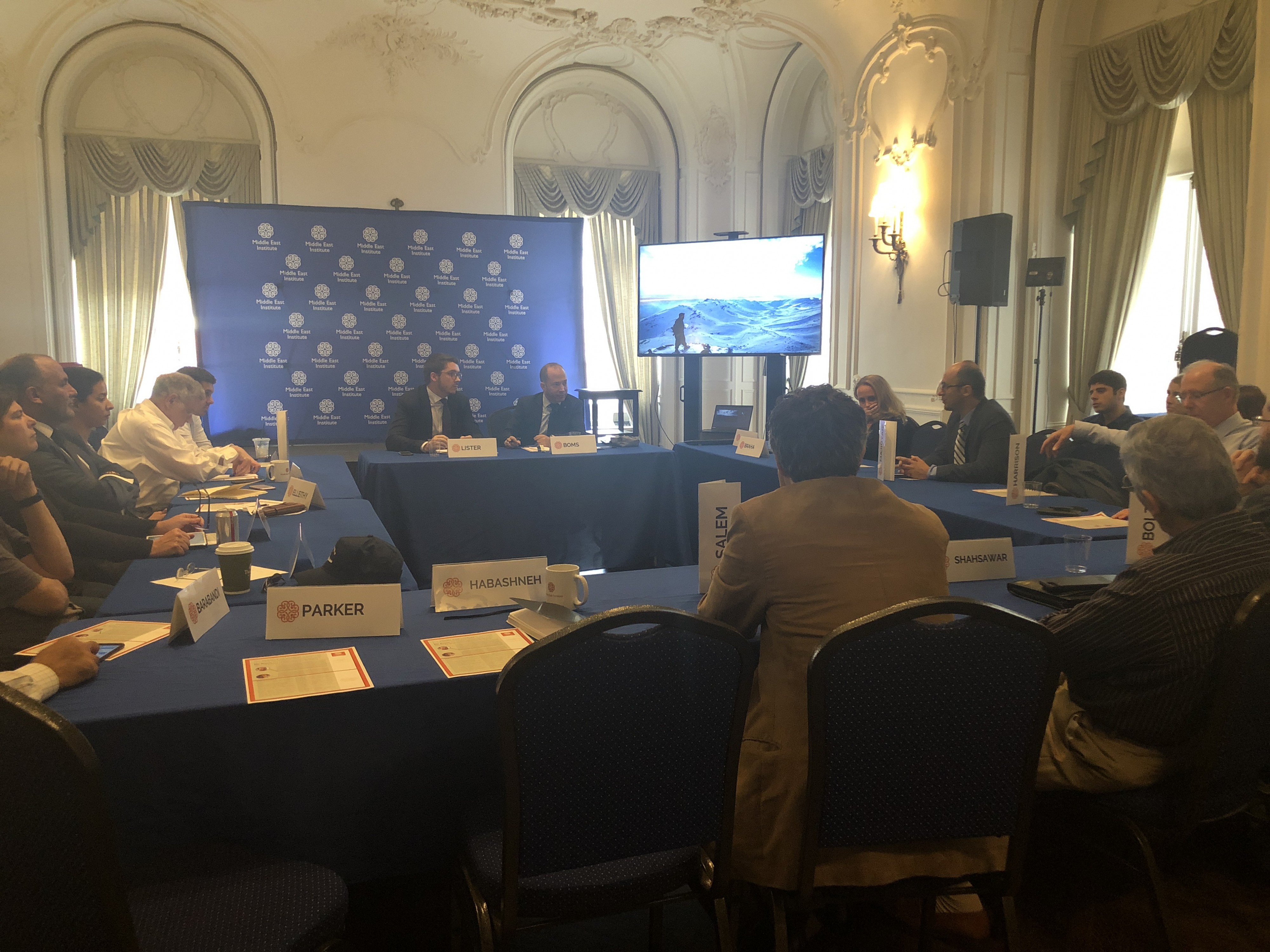 The Middle East Institute (MEI) was pleased to host a private roundtable with Dr. Nir Boms - a research fellow at the Moshe Dayan Center at Tel Aviv University and at the International Center for Counter Terrorism in Herzliya. The roundtable discussed the full dimensions of Israel’s approach towards the war in Syria. Boms delved into the impact of successful humanitarian programs on Israel's national security; the history of Israel's “Forbidden Aid” and humanitarian diplomacy in Syria; and the evolution of Israel’s confrontation with Iran in Syria.

Speaker biography:
Research Fellow, Moshe Dayan Center, Tel Aviv University
Dr. Nir Boms is a research fellow at the Moshe Dayan Center at Tel Aviv University and at the International Center for Counter Terrorism in Hertzliya.  He is a member of the board of the Israeli Council of Foreign Relations and the  Institute for Monitoring Peace and Cultural Tolerance in Schools and the Co-Founder of CyberDissidents.org, a network of bloggers from the Middle East that focuses on freedom of expression and the promotion of dialogue in the region. In 2012 he co-founded the Tiyul-Rihla project, a bi-national educational initiative bringing Israelis and Palestinians together to travel and learn the history and identity of each other. Prior to his return to Israel in 2004, he served as the Vice President of the Washington based Foundation for the Defense of Democracies (FDD).