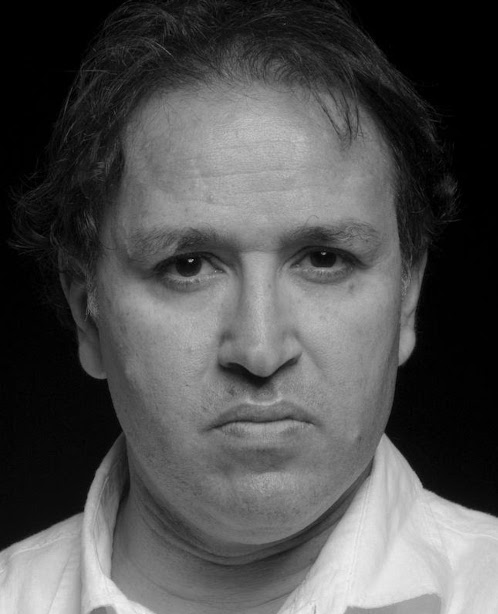 The Middle East Institute's Arts and Culture Center and the Alan Cheuse International Writers Center at George Mason University are pleased to host the third talk in a writers' series marking the 10th anniversary of the Arab uprisings. Launched this past December, Ten Years After The Arab Spring features the voices of award-winning writers reflecting on the past decade through the lens of their writings and personal experiences.

In our latest talk, Libyan-American poet Khaled Mattawa will discuss his most recent book, Fugitive Atlas, published in October 2020. The collection is an account of refugee crises, military occupations, and ecological degradation, an acute and probing journey through a world in upheaval. Through his poetry, Mattawa examines how we are expected to endure our times, how we inherit the journeys of our ancestors, and how we release those we love into an unpredictable world.

Khaled Mattawa will be in conversation with American author and award-winning poet Christopher Merrill.

﻿Look out for our webinar featuring Syrian novelist Khaled Khalifa on March 17th.

Khaled Mattawa is a Libyan poet living in the United States. He is the author of five collections of poetry, most recently, Fugitive Atlas (Graywolf Press, 2020), and Mahmoud Darwish: The Poet's Art and His Nation (Syracuse University Press, 2014). Mattawa coedited two anthologies of Arab American literature and is the 2010 recipient of the Academy of American Poets Fellowship, as well as Guggenheim and MacArthur fellowships and a translation grant from the National Endowment for the Arts. A Chancellor Emeritus (2014-2020), Mattawa is a William Wilhartz Endowed Professor of English Language and Literature at the University of Michigan, and editor of Michigan Quarterly Review.

Christopher Merrill has published six collections of poetry, including Watch Fire, for which he received the Lavan Younger Poets Award from the Academy of American Poets. In addition to editing many volumes and translations, he has written six nonfiction books including Only the Nails Remain: Scenes from the Balkan Wars and Things of the Hidden God: Journey to the Holy Mountain. His honors include a Chevalier des Arts et des Lettres from the French government, numerous translation awards, and fellowships from the John Simon Guggenheim Memorial and Ingram Merrill Foundations. As director of the International Writing Program at the University of Iowa since 2000, Merrill has conducted cultural diplomacy missions to more than fifty countries. He served on the U.S. National Commission for UNESCO from 2011-2018, and in April 2012 President Barack Obama appointed him to the National Council on the Humanities.