Where Are U.S.-Pakistan Relations Headed? 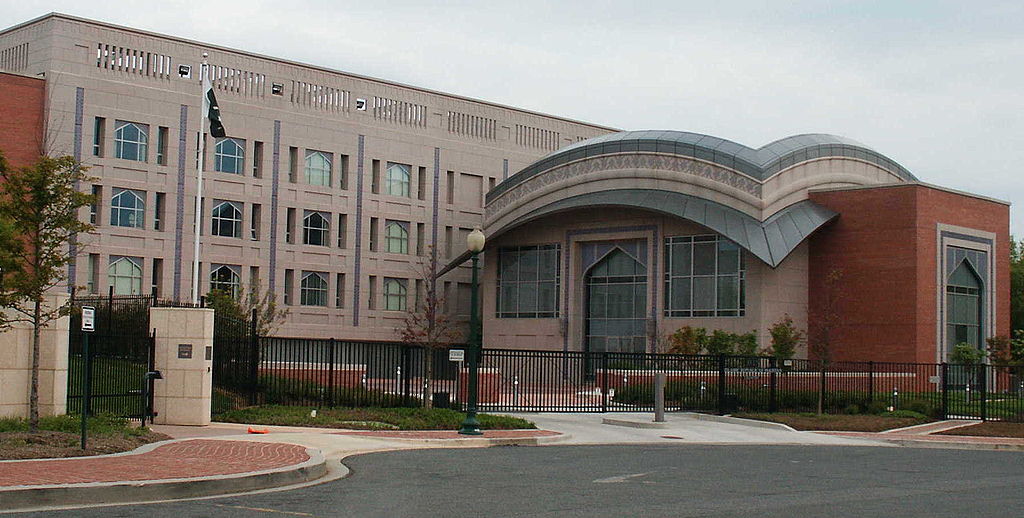 For decades the United States and Pakistan have worked as strategic partners despite differences in priorities, but today this relationship is at a crossroads. The Trump administration seems poised for confrontation with Pakistan over its alleged protection of Taliban and Haqqani Network insurgents. China’s support of Pakistan, increased Russian and Iranian engagement in the region, and India’s apparent deeper involvement in Afghanistan further complicate Washington's bilateral relationship with Islamabad.

The Middle East Institute (MEI) was pleased to host an expert panel to examine these developments and the stakes for the United States and Pakistan in preserving their relationship. MEI's director for Afghanistan and Pakistan studies, Marvin Weinbaum, moderated the event featuring Daniel Markey, Shuja Nawaz, Joshua White, and Moeed Yusuf.

Daniel Markey
Senior research professor, Johns Hopkins University-SAIS
Daniel S. Markey is senior research professor at The Johns Hopkins University’s School of Advanced International Studies (SAIS) and academic director of the master of arts in global policy program. From 2007 to 2015, Markey was senior fellow for India, Pakistan, and South Asia at the Council on Foreign Relations. While there, he published the book No Exit from Pakistan: America's Tortured Relationship with Islamabad. From 2003 to 2007, Dr. Markey held the South Asia portfolio on the Secretary's Policy Planning Staff at the U.S. Department of State. Prior to his government service, he taught in the department of politics at Princeton University and served as executive director of Princeton's research program in international security. Earlier, he was a postdoctoral fellow at Harvard's Olin Institute for Strategic Studies.

Shuja Nawaz
Fellow, Atlantic Council South Asia Center
Shuja Nawaz has worked with RAND, the United States Institute of Peace, the Center for Strategic and International Studies, and other leading think tanks on projects dealing with Pakistan and the Middle East. He has also advised or briefed senior government and military officials and parliamentarians in the United States, Europe, and Pakistan. He was a newscaster and news and current affairs producer for Pakistan Television from 1967 to 1972 and covered the western front of the 1971 war between Pakistan and India. He has written for the New York Times, worked for the World Health Organization, and headed three separate divisions at the International Monetary Fund (IMF). He was also a director at the International Atomic Energy Agency in Vienna from 1999 to 2001 on detail from the IMF. Mr. Nawaz was the managing editor and then editor of Finance & Development, the multilingual quarterly of the IMF and the World Bank, and served on the editorial advisory board of the World Bank Research Observer.

Joshua White
Associate professor of the practice of South Asia studies and fellow, Edwin O. Reischauer Center for East Asia Studies, Johns Hopkins university-SAIS
Joshua White served at the White House as senior advisor and director for South Asian affairs on the National Security Council staff, where he supported the President and National Security Advisor on the full range of South Asia policy issues pertaining to India, Pakistan, Afghanistan, and the Indian subcontinent. At the White House he led efforts to integrate U.S. government policy planning across South and East Asia. He played an instrumental role in advancing the U.S.-India relationship, with a focus on defense and security cooperation and expanded opportunities for trade and investment; sustained constructive U.S.-Pakistan ties on counterterrorism, economic, and regional issues; supported a sustainable security transition in Afghanistan; coordinated U.S. government plans to re-normalize ties with Sri Lanka after decades of civil war; and, led a high-level, government-wide effort to assess how the United States can effectively respond to the growing economic, political, and strategic linkages between South and East Asia. Prior to joining the White House, Dr. White was a senior associate and co-director of the South Asia program at The Stimson Center and, before that, senior advisor for Asian and Pacific security affairs in the Office of the Secretary of Defense, a position he held in conjunction with an international affairs fellowship from the Council on Foreign Relations. While at the Pentagon he supported then-Deputy Secretary of Defense Ash Carter in advancing the U.S.-India Defense Technology and Trade Initiative, and advised on a broad set of defense issues related to the department's rebalance to the Asia-Pacific region.

Moeed Yusuf
Associate vice president, Asia Center, U.S. Institute of Peace (USIP)
Moeed Yusuf has been engaged in expanding USIP’s work on Pakistan/South Asia since 2010. His current research focuses on youth and democratic institutions in Pakistan, policy options to mitigate militancy in Pakistan and the South Asian region in general, and the U.S. role in South Asian crisis management. Before joining USIP, Yusuf was a fellow at the Frederick S. Pardee Center for the Study of the Longer-Range Future at the Pardee School of Global Studies at Boston University and concurrently a research fellow at the Mossavar-Rahmani Center at Harvard Kennedy School. In 2007, he co-founded Strategic and Economic Policy Research, a private sector consultancy firm in Pakistan. Yusuf also consulted for a number of Pakistani and international organizations including the Asian Development Bank, World Bank, and the Stockholm Policy Research Institute, among others. From 2004 to 2007 he was a full-time consultant with the Sustainable Development Policy Institute (SDPI), Pakistan’s premier development-sector think tank.

Marvin Weinbaum (moderator)
Director for Afghanistan and Pakistan Studies, MEI
Marvin G. Weinbaum is a resident scholar at MEI and professor emeritus of political science at the University of Illinois at Urbana-Champaign. He served as analyst for Pakistan and Afghanistan in the U.S. Department of State’s Bureau of Intelligence and Research from 1999 to 2003. At Illinois, Dr. Weinbaum directed the program in South Asian and Middle Eastern studies for 15 years. His research, teaching, and consultancies have focused on the issues of national security, state building, democratization, and political economy in Afghanistan and Pakistan. He is the author or editor of six books and has written more than 100 journal articles and book chapters. Dr. Weinbaum was awarded Fulbright Research Fellowships for Egypt in 1981–82 and Afghanistan in 1989–90, and was a senior fellow at the United States Institute of Peace in 1996–97. He has been the recipient of research awards from the Social Science Research Council, the Ford Foundation, the American Political Science Association, and other granting agencies.