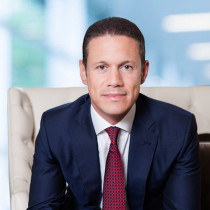 In 2010, Badr founded the Pearl Initiative, a non-profit organisation committed to promoting a corporate culture of transparency and accountability across the Gulf Region of the Middle East, in cooperation with the United Nations Office for Partnerships. He is a member of the United Nations Secretary General’s High-Level Panel on Humanitarian Financing, a member of the UNESCO International Commission on the Futures of Education and a member of the Board of Advisors of the International Rescue Committee (IRC).

Badr founded the non-profit Middle East Theatre Academy to encourage youth in the region to express their talents through writing, directing, producing and acting. He also co-founded the Global Gumbo Group with renowned producer Quincy Jones to bridge cross-cultural divides through entertainment. He is a member of the Guggenheim Middle Eastern Circle, the Artistic Director’s Circle of The Old Vic Theatre Trust, and The Kennedy Centre’s Centennial Circle. In 2014, Badr was awarded the Gold Medal in the Arts by the Kennedy Center International Committee on the Arts for his work to bridge cultures through music and theatre. Badr is a member of the Middle East Institute’s International Advisory Council, which is a non-profit, non-partisan think tank and cultural center in Washington, D.C., founded in 1946.