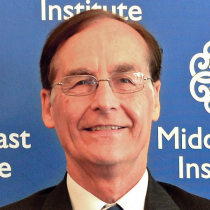 Dr. Graeme Bannerman is the founder of Bannerman Associates, an international consulting firm. He is a former staffer for Middle East and South Asia on US Senate Foreign Relations Committee (1979-1987), as well as a former Middle East analyst on US State Department Policy Planning Staff.

Dr. Bannerman previously taught at several universities, including Georgetown University, the George Washington University, and the American University of Beirut. He has served as international observer of elections in Georgia, the Philippines, Haiti, Pakistan, West Bank/Gaza, Mongolia and Yemen.

The Key to Understanding the Arab Spring

Alliance with Egypt is Key for U.S.