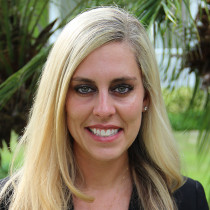 Lt Col Katie Crombe has served in a variety of strategy and planning roles across the Middle East and currently serves at U.S. Special Operations Command Central as the Director of Strategy and Plans. Prior to this assignment, Katie served at U.S. Central Command, where she led the planning team charged with the D-ISIS campaign plan within the strategy and plans directorate prior to being selected as the CENTCOM commander’s aide-de-camp. Katie also spent three years working at the U.S Embassy in Amman, Jordan overseeing bilateral, coalition, and interagency plans, culminating with serving as the planning adviser to the Jordanian Chief of Defense for the Syria crisis and initial operations to combat ISIS along the Jordanian border.  Katie also served as an exchange officer in the United Kingdom’s Operational Headquarters, leading the team in development of a new U.K. theater strategy for the Middle East.  Among the many responsibilities she has held, none is more important than her being a Mom of four to Freya, Archie, Dylan, and Owen with her husband, Roddy. 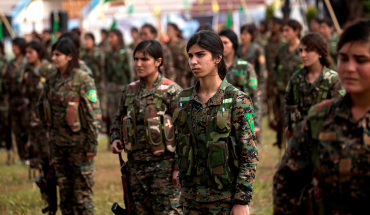