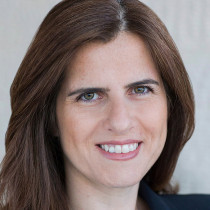 Prior to founding deNovo, Ms. Nasrallah spent almost 16 years at Morgan Stanley in numerous capacities and geographies including New York, Hong Kong, London and Dubai. Most recently, she was Head of Investment Banking for the Middle East and North Africa region, where she established, led and grew Morgan Stanley’s first-ever on-the-ground investment banking presence in the Middle East, based in the DIFC, Dubai.