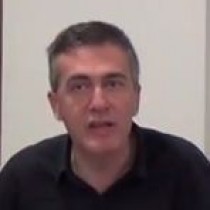 Philippe Droz-Vincent is Professor of Political Science and International Relations, Sciences-Po Grenoble (France); author of The Middle East: Authoritarian Regimes and Stalled Societies (in French, Presses Universitaires de France, 2004); Dizziness of Power: The American Moment in the Middle East (in French, Editions La Découverte, 2007) and The Middle East (in French, Paris, Le Cavalier Bleu, 2009), and numerous articles, among them, “Authoritarianism, revolutions, armies and Arab regime transitions” (The International Spectator, vol 46, no. 2, June 2011), “From Fighting Formal Wars to Maintaining Civil Peace?”, Rountable on Rethinking the Study of Middle East Militaries, International Journal of Middle East Studies (vol 43, n°3, August 2011), and “A return of armies to the forefront of Arab politics?” (Roma, Istituto Affari Internazionali, IAI, Working Paper 11/21, July 2011; “Prospects for democratic control of the armed forces? Comparative insights and lessons for the Arab World in transition,” Armed Forces and Society (March 2013); “The military amidst uprisings and transitions in the Arab World” in Fawaz Gerges, ed, The New Middle East, Protest and Revolution in the Arab World (Cambridge University Press, 2014) and “State of Barbary (Take Two): from the Arab Spring to the return of violence in Syria,” The Middle East Journal, vol. 68, no. 1 (Winter 2013-2014). His main research interests are: the Arab uprisings in 2011, authoritarianism, the different paths of transition, the role of the military and of the security sector in Middle Eastern countries, state-building, intervention, the use of force in international relations, counterinsurgency, peacebuilding, and American foreign policy in the Middle East. 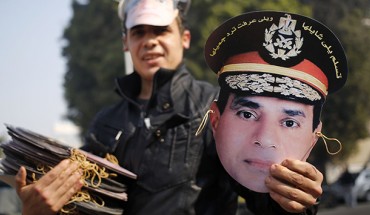 Civilianizing the State: Reflections on the Egyptian Conundrum