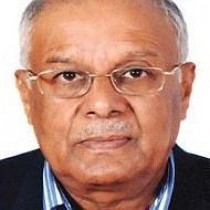 Ranjit Gupta is a retired Indian Foreign Service officer. He was a member of the Prime Minister’s National Security Advisory Board for the term 2009-2010. He is currently an Adjunct Faculty member in the International Strategic and Security Studies Programme at the National Institute of Advanced Studies, Bengaluru and Distinguished Fellow of the Institute of Peace and Conflict Studies, New Delhi. Previously, he was a Visiting Fellow at the Institute of Defence Studies and Analyses; Visiting Professor at the Academy of Third World Studies, Jamia Millia Islamia; and Ambassador-in-Residence at the Jawaharlal Nehru University.

Sponsored by MEA, he led an Indian team for a series of interactions with Gulf academics in Dubai, New Delhi and Riyadh, on India-G.C.C. Relations, 2008-2010. Funded by MEA, he participated in three Workshops at the annual Gulf Research Meeting at the University of Cambridge – in 2012 and 2013 as Workshop Co-Director and in 2014 as a participant, advocating an Asian role in the future security architecture of the Gulf Region. He chaired an MEA Task Force in 2011 and 2014 on the “Arab Spring and its Implications for India: Policy Recommendations.”

He has co-edited three books: India and the Gulf: What Next? (Cambridge: Gulf Research Centre Cambridge, 2013); GCC-INDIA Relations (Geneva: Gulf Research Foundation, 2013); and A New Gulf Security Architecture. Prospects and Challenges for an Asian Role (Berlin and London: Gerlach Press, 2014.

During his first posting in Cairo, though only a Third Secretary probationer, he was hand picked by the National Liberation Front of South Yemen to be their Advisor for their Independence Talks with the British in Geneva in November 1967; when the entire world believed that the Royalists would succeed in overthrowing the Republican regime in Yemen in 1967/68 he persuaded his influential Ambassador Apasahab Pant that the Republican regime will not fall and consequently in January 1968 he was deputed to Sana’a as Prime Minister’s Special Envoy to express India’s support for the beseiged Republican regime in Yemen.

During his 39-year career with India’s Ministry of External Affairs he had served successively in Cairo, New York (at the Permanent Mission of India to the UN), Gangtok (at the time of Sikkim’s merger with India), Jeddah (Deputy Chief of Mission), Frankfurt (Consul-General) and Kathmandu (Deputy Chief of Mission). He was the first desk officer dealing with Bangladesh in MEA from Feb 1972 to May 1974. Another of his postings at Headquarters had been as the last Head of the undivided West Asia and North Africa Division dealing with Arab countries and Israel. Later he was successively India’s Ambassador to Yemen (North), Venezuela (concurrently Consul General in the Netherlands Antilles and Aruba), Oman, Thailand (also Permanent Representative to ESCAP) and Spain (concurrently Ambassador to the Principality of Andorra) and finally was Head of India’s Representation in Taiwan from May 2000 to May 2003. 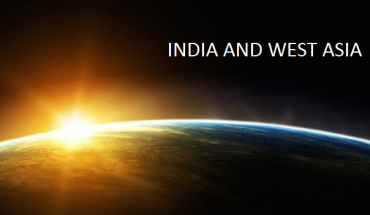