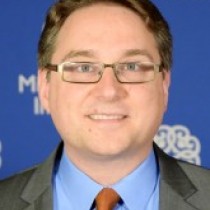 William Wechsler is senior advisor for Middle East Programs at the Atlantic Council and interim director of the Rafik Hariri Center for the Middle East.

Wechsler’s most recent position in government was deputy assistant secretary of defense for special operations and combating terrorism, where his work had an emphasis on counterterrorism, counterinsurgency, information operations, and other sensitive operations. At the U.S. Department of Defense, Wechsler advised multiple secretaries on a wide range of departmental actions, along with its policies, plans, authorities, and resources related to special operations and irregular warfare. In this position, Wechsler also helped provide civilian oversight of the service-like responsibilities of the U.S. Special Operations Command.

During the Clinton administration, Wechsler served as special advisor to the secretary of the Treasury, where he helped establish the legal regime and policy processes that the United States now uses to impose foreign sanctions and combat money laundering. Prior to that, he was director for transnational threats on the staff of the National Security Council at the White House and special assistant to the chairman of the Joint Chiefs of Staff at the Pentagon.

Wechsler has also had a separate career in finance. Earlier this year, he left the Pentagon to become vice chairman of Capitol Peak Asset Management, which focuses on infrastructure-related investments. Previously in his private-sector career, Wechsler was a managing director at Greenwich Associates—a boutique management consultancy specializing in the financial services industry—where he rose to lead the firm’s global asset management practice.

He has contributed chapters to two edited volumes and has been published in The New York Times, Los Angeles Times, Foreign Affairs, The National Interest, Financial Times, and Pensions & Investments. Wechsler is a member of the Council on Foreign Relations, a member of the CFA Institute, and is a CFA charter holder. 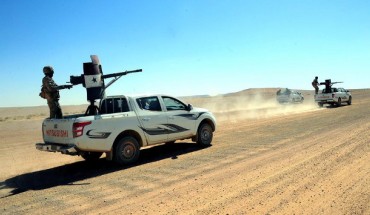 Trump Has Big Plans for Syria. But He Has No Real Strategy. 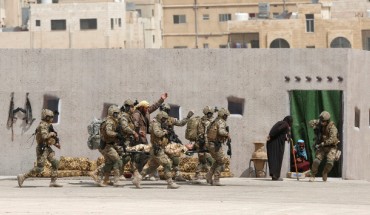 The Future of U.S.-Jordanian Counterterrorism Cooperation