Abbas Moves to Consolidate Power in the PLO 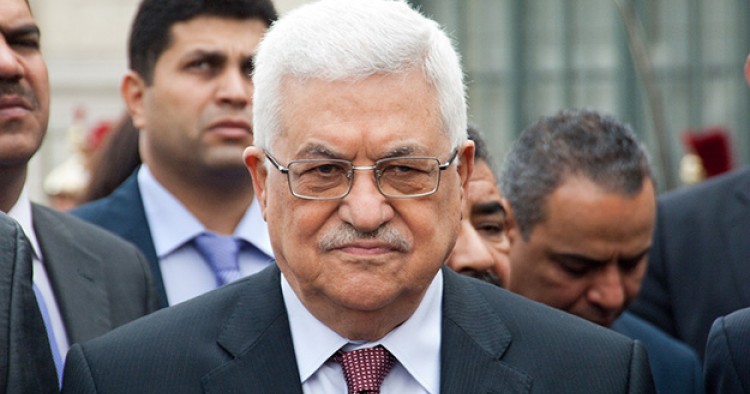 This article was originally published by the Foundation for Middle East Peace.

On Saturday, local and international media outlets reported that Palestinian President Mahmoud Abbas had formally announced his resignation from another organization he heads: the Palestine Liberation Organization (PLO). Specifically the reports said Abbas had quit his role as chairman of the Executive Committee, the highest decision-making body in the PLO.

Palestinians living in the West Bank over the past decade have witnessed two constants: ubiquitous, ever-expanding Israeli settlements straddling the hilltops, and persistent rumors of  Abbas’s resignation as the Palestinian Authority (PA) president.

Therefore, as with any report coming out of the Muqat’a (the presidential headquarters), one must read the fine print when examining reports of Abbas’ resignation. Did he, and ten committee members, many of them representing PLO factions other than his own Fatah party, actually quit? Like most matters of Palestinian politics, the answer is largely composed of both speculation and fact.

The PA’s official WAFA news agency made no reference to the resignations, and Sa’eb Erekat, a long-time Abbas loyalist and chief peace negotiator who was recently elected PLO Secretary General, denied they took place. Ma’an, the main Palestinian news service affiliated with the ruling Fatah party, said the resignations were not valid until the Palestinian National Council, the Palestinian parliament in exile, holds a meeting.

Essentially, this means that Abbas and the other ten Executive Committee members submitted their resignations, but only the PNC can decide whether to accept or reject them. This move paves the way for the convening – possibly as early as September – of an extraordinary meeting of the PNC, where new Executive Committee elections can be held. Convoluted details aside, Abbas and the rest of the members continue to function in their original official capacities until those new elections.

This maneuver is widely seen as an attempt to consolidate power by Abbas. Confronted by political foes both within his own party and outside, the aging president has decided to take matters into his own hands in the face of widespread domestic criticism and an ongoing political stalemate, both in the peace process with Israel and the reunification process with Hamas. Analysts and observers in Palestine generally see this decision as political jockeying designed to boost Abbas’ control of the PLO’s Executive Committee, under the guise of infusing the decrepit institution with new blood.

Hani al-Masri, a Ramallah-based political analyst, said this can only be interpreted as an attempt to recalibrate the Executive Committee to Abbas’ favor. The Palestinian president is certain to be reinstated in a month, only to re-emerge stronger after having shed some of his rivals of their seats.

Abbas is hoping that by submitting these resignations to the PNC, new Executive Committee elections will be held, wherein he can effectively get rid of the likes of Yasser Abed Rabbo, a longtime ally turned foe, and other members who have been less than supportive of Abbas.

In the past Abbas has singled out three men (two of whom are not part of the PLO): Abed Rabbo, former Gaza strongman Mohammad Dahlan, and former premier Salam Fayyad, all of whom have been mentioned as possible successors to Abbas. Abed Rabbo, a close associate of the late Palestinian leader Yasser Arafat, was a former cabinet minister who was heavily involved in peace talks with Israel. Mohammad Dahlan, once a close ally of Abbas’, headed the security forces in Gaza until Hamas took control of the strip in 2007. Fayyad, an internationally renowned economist, who worked at the World Bank and IMF, previously held positions as finance and prime minister for the PA.

On December 4, a Palestinian journalist with close ties to Abbas claimed that these senior Palestinian figures secretly met with U.S. Secretary of State John Kerry in the United Arab Emirates. This alleged meeting, which the men denied had taken place, was perceived as an attempt to chip away at Abbas’ power, with some even going as far as interpreting it as part of a coup.

In 2011, Dahlan was expelled from Fatah and more recently, Abbas ordered a probe and froze the assets of Future for Palestine, a foundation established by Fayyad. The former prime minister, who had retreated from the political limelight since resigning in 2013, founded the non-profit organization, funded by Gulf and European governments, to help marginalized communities in the West Bank and Gaza.

Abbas’ has recently moved to strip Abed Rabbo of his authority. On July 4, Abbas replaced him with Saeb Erekat, making Erekat the PLO’s second-in-command. On August 18, Abbas also ordered the closure of the Palestinian Peace Coalition, an NGO co-founded by Abed Rabbo and funded by the Swiss government to support a two-state solution.

Abbas has come under renewed pressure of late, and likely feels cornered by a slew of opposing forces: he is constrained by the international community, which supports his government, while also facing a rising tide of anger in the streets by those unsatisfied with a lack of political strategy and vision. Further, the 80-year-old president has yet to reveal a successor, prompting a scramble amongst his inner circle in anticipation of his eventual exit.

Abbas needs Salim al-Zanoun, the head of the PNC, to call for a new session. Technically, the positions vacated by these supposed resignations are the only ones that can be replaced. But Zanoun can use the resignations as a pretext to call for a dissolution of the entire Executive Committee, thereby giving Abbas the chance to rid it of his foes.

The PNC is expected to hold a meeting next month, a decision that does not guarantee members outside of the West Bank enough time to secure the necessary Israeli permits to enter the Territories. And holding the session in Ramallah also excludes those based in Gaza, thereby ensuring that only West Bank members, who are more likely to vote in favor of Abbas’ choices, can attend.

Throughout almost two decades, both Palestinian Territories have slowly become geographically and politically severed from one another as both parties ruling each territory blamed the other for this schism. There have been attempts to reconcile the two, but on the ground, Fatah and Hamas have been paying lip service to a reconciliation process for the last two years, and these developments could further the rift between them.

A day after the resignations took place, Hamas slammed the move as “invalid” because it did not address the issue of reconciliation and excluded Islamic Jihad and Hamas, both of which are not part of the PLO. “The collective resignations came to pave the way ahead of electing a new executive empty of all rivals,” said senior Hamas official Mousa Abu Marzouk. “This act is well-planned by Abbas,” Abu-Marzouk said. “Abbas likes to be alone and without rivals.”

The way forward for Palestine: Fatah, Hamas and Dahlan

Trump’s Middle East ‘Deal of the Century’ Coming Into Focus