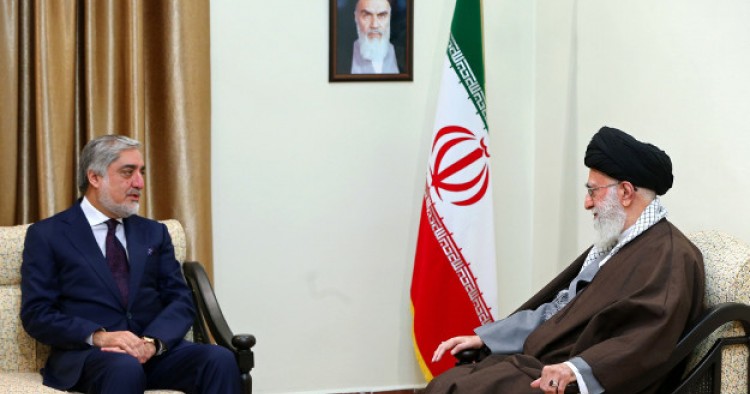 Afghanistan’s leading daily newspaper Hasht-e Sobh has blasted the Iranian government for blocking Afghanistan’s accession to the Transport Corridor Europe-Caucasus-Asia (TRACECA) and using its leverage within TRACECA to “blackmail” the Afghan government and seek political concessions from Kabul. The post-Taliban Afghan government has been seeking membership in TRACECA - an international transport program that includes the European Union and 14 member states from Eastern Europe, Central Asia and the Middle East - since 2004. The organization’s Secretary General Mircea Ciopraga announced in November 2015 that all member states had agreed to Afghanistan’s accession and the final steps had been taken. But according to Hasht-e Sobh, the Iranian government remains the only member state that continues to create hurdles to Afghanistan’s entry and has yet to send a letter to TRACECA to formally agree to Afghanistan’s membership.

The paper adds that Iran told Afghan Chief Executive Officer Abdullah Abdullah during his trip to Tehran last month that for Afghanistan to obtain TRACECA membership, Kabul has to start negotiation with Tehran about the flow of Afghanistan’s waters into Iran. “This means Iran is officially blackmailing Afghanistan,” Fraidoon Azhand, the author of the article said. “Iran is well aware of Afghanistan’s dependence on transportation corridors and sea ports because Afghanistan is landlocked… This issue has prompted Iran to seek concessions from Afghanistan regarding Afghanistan’s access to these corridors and sea ports.” The author calls on the Afghan government to use its own pressure tools against Iran.

Comment: Since the 2001 U.S. intervention that toppled the Taliban in Afghanistan, the Iranian government has used several pressure tools to seek political concessions from the Afghan government. In December 2010, for example, Iran blocked oil shipments into Afghanistan, which triggered a political crisis in Kabul and dramatically increased gasoline and diesel prices across the country. Iranian officials said they halted the oil supply because they suspected the United States and NATO forces used the fuel, but Afghan analysts believed it was part of Tehran’s “secret sanctions diplomacy” to gain “further concessions” from Kabul, particularly to influence the outcome of parliamentary elections in favor of Tehran’s allies. Furthermore, the government of former Mahmoud Ahmadinejad used forced repatriation of Afghan refugees to undermine U.S.-led stabilization efforts in Afghanistan and to force Kabul to comply with Tehran’s demands.

Given Afghanistan’s troubled relations with neighboring Pakistan, the Afghan government has understandably cultivated closer economic and trade ties with its western neighbor Iran. The strategic port of Chabahar in southern Iran – a joint Iran-India venture that is scheduled to be opened next month – is expected to further reduce Afghanistan’s dependency on Pakistan and bring Afghanistan closer to Iran. During a Congressional hearing earlier this month, General John Nicholson, the top U.S. commander in Afghanistan, acknowledged that the cooperation between New Delhi and Tehran on the Chabahar port will benefit Afghanistan’s economic development. But if the last 16 years is any indication, Kabul has to be wary that over-dependence on Iran always comes at a price.