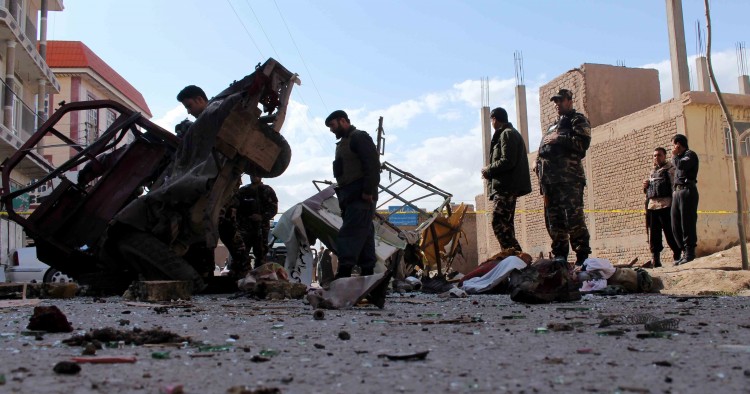 This article was co-authored by Samad Sadri, research associated at MEI, and was originally published on The Diplomat.

Remaining hopes for intra-Afghan talks and the success of a U.S.-Taliban meeting scheduled later this month in Qatar are both predicated on a belief in a changed Taliban. The group is thought to have evolved from the puritanical totalitarian regime of two decades ago into a more pragmatic, less dogmatic movement. Supposedly, the chastised Taliban have learned that today’s Afghanistan requires them to become more inclusive and tolerant, especially in their treatment of women. The Taliban are also depicted as no longer insistent on monopolizing power.

This picture is essentially false, however. It is promoted by a militant group keen to alter its image with Afghans and the international community, and is amplified by those who in their desperation to find a way out of the Afghan conflict are bent on putting the best face on the Taliban’s intentions.

Admittedly, there is much we do not know about the Taliban. But it is safe to say it’s not the same organization as in 2001. Power has gradually passed to a new generation of leaders, most of them more ruthless and ideological than their predecessors. Although still structurally hierarchical, it is operationally more decentralized. In messaging and use of media and other forms of communication, the Taliban have also become far more sophisticated and skilled. It is arguably more sensitive to local sentiments, and better organized for governance. Most visibly, the Taliban have gone from a discredited, spent force to a formidable, resilient insurgency, having acquired considerable political legitimacy.

In one critical respect, however, the Taliban are unchanged. The group remains dedicated to propagating its rigid Islamic values on Afghanistan through the rule of an Islamic emirate replacing the one toppled by the U.S. military intervention in October 2001. In pursuit of that goal, the Taliban insurgency has made of late a significant strategic readjustment. Whereas their path to success had long been found on the battlefield, the Taliban’s senior leadership now senses the opportunity for a victory politically. Its readiness for negotiations grows from a position of increased military strength, but also from a fuller appreciation of the difficulty of over-running the country, at least while foreign forces remain. The Taliban recognize the possibility of capitalizing politically as well as militarily on the disunity among the Afghan political elites, and the popular yearning in the country for peace. Above all, it banks on the impatience of the United States and its allies to wind down their military operations in the country.

The newfound optimism that negotiations with the Taliban can be productive and that prospects for peace have never been greater is not hard to understand. For the first time, all sides in the conflict seem agreed on the possibility of a political solution. Talks are occurring at a higher level than before. The choice of Mullah Baradar, one of the co-founders of the movement, to head the Taliban delegation brings to the table someone long thought inclined toward exploring a political outcome. Encouragement is also drawn from the United States’ success in enlisting the backing of most of Afghanistan’s neighbors for a negotiated outcome. Pakistan seems more interested in assuming a constructive role rather than in playing spoiler.

Then why has it been so difficult to take even the first steps toward serious negotiations that could end the fighting?

What those hopeful about negotiations have failed to recognize is that the reason peace has been elusive lies in large part in the very nature of modern conflicts in Afghanistan. The current struggle is only the most recent in a series of civil wars since 1978, none of which have ended with a negotiated outcome among Afghans. All, significantly, had a strong Islamic component. Over and above issues of ethnicity, regional and sectarian resentments, and elite competition, these civil wars have involved clashes between different, incompatible value systems; none more so than the present conflict. The most distinguishing feature of such normative confrontations historically, whether in Afghanistan or elsewhere, is their not lending themselves to compromise, and almost inevitably ending with one side winning, the other giving way either militarily or politically.

The Kabul government has made generous concessions to the Taliban in hopes of drawing the group into a negotiating process. The insurgents are offered a share of power, inviting them to form a political party and participate in elections. The Taliban have also been promised constitutional modifications designed to strengthen the country’s Islamic character. But everything offered by the government and endorsed by its allies presupposes the Taliban are ultimately amenable to incorporation into the prevailing political system. It assumes an acceptance of the essence of the constitution and a willingness to preserve social and economic advances.

The Taliban show no interest in joining a system that draws its legitimacy from the popular will reflected in elections, parliaments, and Western-inspired political rights. For the Taliban, government authority derives solely from compliance with Islamic scripture as interpreted by religious councils approved by an emir. Most of the accomplishments touted by Kabul governments are viewed suspiciously, if not seen an anathema, by the Taliban. The media freedoms and other liberalizations Afghans have enjoyed would have no place in a Taliban emirate. Nor would the millions of educated younger Afghans who have invested so heavily in the country’s future find themselves welcome.

There are, to be sure, pragmatists and hard-liners among the Taliban. The former are open to the possibility of a political agreement whereas the latter discount its prospects and remain mainly dedicated to the military struggle. But neither is prepared to yield on the Taliban’s core principles. Although its leaders claim a willingness to share power, they firmly reject the idea of having to compete for office through elections. Mullah Baradar’s recent remarks that the Taliban would show humility and respect for others have to be taken together with those of Zabihullah Mujahid, the group’s chief spokesman, that the Taliban will return to power triumphant. At a February meeting in Moscow, Sher Mohammad Abbas Stanikzai, the leading Taliban representative, labeled the Afghan Constitution a Western implant and major impediment to peace. The Taliban’s consistency and clarity on these issues notwithstanding, rather than being taken seriously, they are mostly treated in Kabul and Washington as an initial bargaining position.

While no one imagines trying to negotiate with al-Qaeda or Islamic State, the Taliban’s leaders are said to be nationalists, uninterested in exporting an ideology or terrorism. In reality, all three organizations share a rigid Salafist, ultraconservative brand of Islam whose proselytizing knows no state boundaries. Where they differ most are in their agendas and priorities. Al-Qaeda and Islamic State define their mission as transnational, whereas the Taliban is focused on efforts to capture state power. But the Taliban continues to value its symbiotic relationship with al-Qaeda, and its differences with Islamic State are territorial and tactical, an outgrowth of dissident politics. Once ascendant, the Taliban would in principle have no reason to thwart those dedicated to pursuing an Islamic caliphate. Indeed, cut off without Western assistance, a ruling Taliban would be greatly reliant on radical international Islamic aid and open to its influences.

The improbability of a comprehensive, enforceable, and sustainable agreement along the lines conceived in Kabul and Washington does not mean the Taliban are opposed to a negotiated peace. The Taliban may well be ready to reach a settlement, but only on its terms and not those likely to be the focus of discussion in Qatar.