Afghanistan arrests government official on charge of spying for Iran 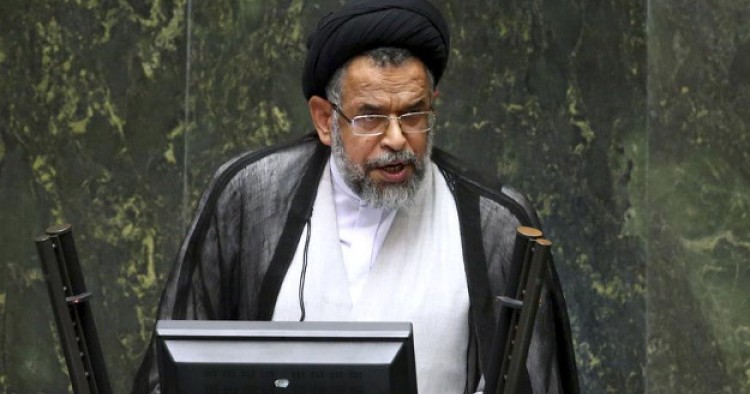 Afghan authorities in western Herat Province have arrested a government official who allegedly spied for Iran and transferred sensitive government documents to the Iranian intelligence agencies, the Afghan media reported. Jilani Farhad, the spokesman for the government of Herat, told the Khama News Agency that Asadullah Reza-yi, who previously worked in neighboring Farah Province, was under surveillance for a long time before he was arrested. The suspect is transferred to Kabul for further investigation, he added. It is not clear whether the suspect had links with Iran’s Intelligence Ministry or the Revolutionary Guards.

Several other individuals have been arrested on the charge of spying for Iran in Herat, which borders Iran. Last year, Afghan officials in southern Kandahar Province said they had arrested an Iranian national who had allegedly came to Afghanistan for espionage. According the spokesman of Kandahar’s police, the Iranian national had established links with Afghan insurgents in Zahedan and traveled to Afghanistan with their assistance. The spokesman added that the Iranian individual was assigned to take photographs and sketch maps of government buildings to provide them to the Taliban.

Comment: It is not the first time that Afghan officials have arrested someone who allegedly spied for Iran. Several Afghans and Iranians were arrested in Afghanistan on similar charges last year. In August, Afghan officials revealed that they were investigating reports that a spy drone entered western Afghanistan from Iran as well.

And about two weeks ago, Iran’s Quds Force, the Revolutionary Guards’ elite unit, claimed that its agents carried out an operation in Afghanistan to free an Iranian national.

The arrest of alleged Iranian spy comes at a time when Afghan officials claim the Iranian government has deepened its ties with the Taliban leadership and increasingly funds, shelters and arms terrorists fighting in Afghanistan, particularly in the three western provinces bordering Iran. They allege that the Islamic Revolution Guards Corps operatives recruit militants from across Afghanistan and run terrorist training camps for them inside the Iranian territory – further fueling the insurgency and complicating stabilization efforts in the war-ravaged country.

Afghan officials in western Afghanistan also accuse Iran of using the Taliban to obstruct the construction of water dams in southern and western provinces. “As the agreement for the construction of Bakhtabad dam [in Farah] was finalized, their [Iran’s] support [to the Taliban] increased and the Taliban are threatening Farah’s security with more sophisticated weapons so that work on the Bakhshabad’s dam does not begin,” said Jamila Amini, the head of Farah’s provincial council. Some Afghan officials allege that Iran’s support for the Taliban in Helmand Province, in addition to hurting U.S. troops still stationed in southern Afghanistan, is aimed at ensuring the free flow of Helmand River water into Iran.