Afghanistan: Where Chaos Is King and Plunder Is Privilege 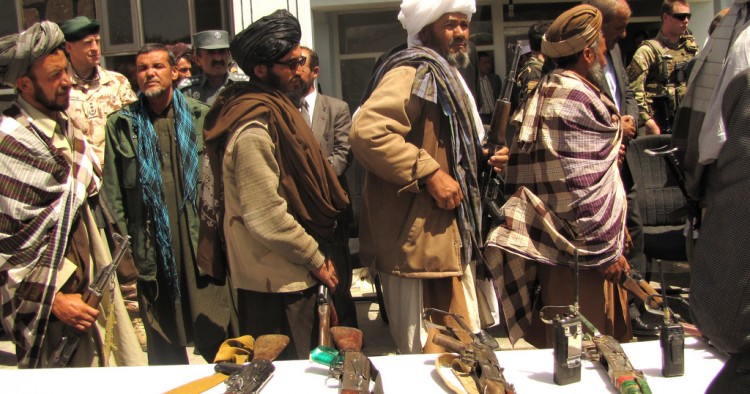 The “new and improved” tactics of “divide and conquer” are operational both at the vertical and horizontal layers of the government and society in Afghanistan.

The systemic corruption in Afghanistan is incentivized. It is no secret that numerous top-level Afghan government officials from the cabinet level down to the heads of departments are on the payroll of the CIA, receiving supplementary “salaries” and “hospitality expenses” in amounts upwards of $5,000 — 10 to 50 times their official salaries.[1] These officials can also recommend associates, friends, and family members, as recipients of these funds.  The unstated objectives are 1) to buy their loyalty by bribing them, 2) to make them dependent on American presence, and 3) to make them vulnerable by detaching them from their popular powerbase as they become socially isolated and objects of public resentment and hatred.

Once identified by society as “sell-outs” to foreign bosses, they cannot regain public trust — a trait that is reinforced by their lavish life style amidst the prevalent misery in the country. This lack of accountability spills over to the lower ranks of the government bureaucrats who create gridlock in order to demands bribes so they too can enrich themselves.

This systemic corruption permeates the horizontal layers of the Afghan society as well.  The constantly widening economic disparity between the doled out dollar recipients in the employ of foreign agencies and the salaried civil servants spreads the epidemic of systemic crime to the countryside where the police collaborate with criminal gangs in the kidnapping of the nouveau riche for ransom and conveniently blame the whole scheme on Taliban.

The prevalence of this modus operandi is of government employees and politicians of all stripes who in collaborations with their foreign bosses and the NGOs launder money skimmed from foreign aid projects.[2] Recent revelations in the media of bank transactions by some Afghan government officials attest to the fact that the $16 billion promised at the Tokyo donor countries conference in July is likely to go the way of the $17 billion already stashed away in Swiss and Dubai banks.[3] Meanwhile, the rumor mills are characterizing this as a case of ethnic rivalry as the only two cabinet ministers implicated in the alleged fraud are both Pashtun technocrats.

With the Pashtun majority marginalized, the coalition of ethnic minorities defines everything in terms of their own particular ethnic interests. Consequently, “national interest” becomes subservient to ethnic loyalties. Meritocracy gives in to a systemic nepotism where most government appointments are based on “tribal quotas” and the recommendations of the higher-ups.

This flawed system of deliberate exclusion has been sold to the Northern Alliance as “nation-building” and democracy, and they have swallowed it hook line and sinker. The Northern Alliance does not see democracy as the rule of the majority with implied and inferred guarantee of minority rights, but as the monopolized rule of the minorities at the exclusion of the vilified majority. This anomaly to social and political historical norms would have to be called “ethnocracy.”

There can be no peace in Afghanistan unless and until there is true democracy. A true democracy regardless of the brand (Western, Islamic, etc.) would have to have three major characteristics. It has to be participatory, representative, and inclusive. Based on these principles, no party can be left out of any democratic government.

The Northern Alliance stubbornly opposes any effort for a negotiated peace with any militant, ideological, or political party that (claims to) represent(s) the Pashtun majority fearing that a more representative democracy will end their monopoly of political power.  They also feel threatened by a peace initiative that would inevitably lead to the departure of foreign forces. That is why the Northern Alliance opposes any meaningful gesture for reconciliation by the Karzai administration and drowns out the calls for peace by statesmen and scholars as the “defense of the Taliban.”

It is the civic duty of every Afghan to defend the rights of representation of every segment of the society in a representative democracy, and this must include the Taliban.

A clear line must be drawn between the defense of individual or ethnic representation and ethnic affiliation. No Pashtun should defend any action of the Taliban during their reign of power by virtue of their ethnic affiliation, nor should any Tajik, Hazara, or Uzbek be held responsible to defend the actions of the leaders claiming affiliation with their respective ethnic communities.

But if eligibility to participate in national politics is denied to any party because of its blemished record, such criterion should be applied across the board.  If there is ever going to be a trial in an independent Afghan court for treason and aiding and abiding foreign invaders, or in the International Court of Justice or the International Criminal Court for crimes against humanity, the people of Afghanistan will have plenty to say including, but not limited to, the following:

In short, very few parties, foreign or domestic, will escape unscathed from charges of inflicting pain and suffering on the people of Afghanistan during the three and a half decade long nightmare.  Once such facts enter the equation, the newly designated “national heroes” of Afghanistan would be seen in a very different light.

The mere prospects of such revelations as suggested by the recently completed “Conflict Mapping in Afghanistan Since 1978” report by the Afghan Independent Human Rights Commission seemed to have sent shivers down the spine of the perpetrators.

When Ahmad Nader Nadery and his team of “some of the world’s top experts in forensics and… transitional justice” detailed the locations of 180 mass graves of civilians or prisoners and presented the findings of their six years of hard work to Karzai’s cabinet, Karzai was pressured to suppress the research and fire Mr. Nadery on the spot.  To some cabinet members a mere dismissal of the Commission’s president wasn’t enough of a punishment. According to the New York Times, “Marshal Fahim argued that dismissing Mr. Nadery would actually be too mild a punishment. “We should just shoot 30 holes in his face.”[7]

But until that day arrives, if it ever does, or if alternatively a South African-style Truth and Reconciliation Commission is established, it is incumbent upon people of conscience to measure the severity of the crime by the suffering of the victims and not by the claims of the perpetrators. We will not find comfort in defending the stance of our favorite political alliances and ethnic affiliations, but we may find solace in addressing the commission of these crimes against humanity at the highest level of our humanity if we can rise to that level.

[6] FerryPress: The Real News video of the massacre.  The video also appears on Youtube  under the title, “Afghan Dasht-i Leili massacre-The Convey of Death.avi,” http://www.kffr.com/musicvideo.php?vid=a64656d50.