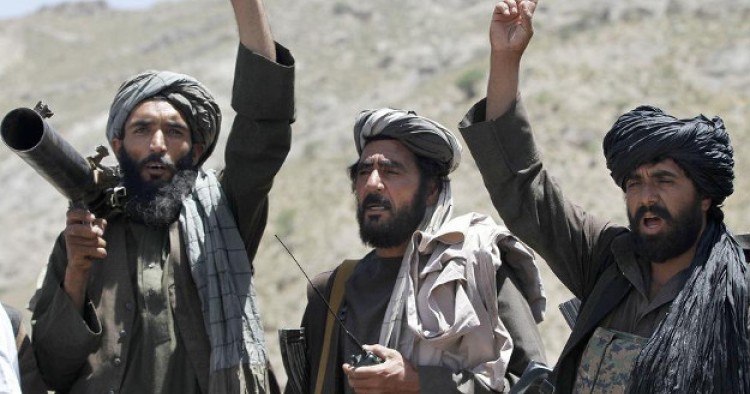 On Monday, the Taliban briefly overrun a district in western Afghanistan's Farah Province bordering Iran, just days after the insurgents killed several Afghan security forces in another district in the province. With Farah teetering on the brink of collapse, Afghan officials blame the Islamic Revolution Guards Corps (IRGC) for aiding the Taliban insurgents in western Afghanistan in an effort to torpedo construction projects and undermine stabilization efforts by the US-led coalition in the region. Unlike in the past, IRGC-affiliated media outlets now openly express support for the Taliban’s latest territorial gains in western Afghanistan, arguing that the Taliban pose no security threats to Iran and have managed to keep ISIS away from the Iranian borders. Commentary in the IRGC outlets also indicate that Iran’s support to the Taliban is aimed at expelling US and NATO forces from Afghanistan, particularly from western Afghan provinces. In addition, one IRGC news agency raised alarm about the “growing influence” of Arab Gulf states in western Afghanistan, specifically citing Saudi Arabia’s interest to help finance the Turkmenistan-Afghanistan-Pakistan-India (TAPI) natural gas pipeline, which will connect Central Asia to South Asia through western Afghanistan. According to Afghan officials, Tehran wants to undermine the TAPI project because it rivals Iran's own regional pipeline project.

Iran’s aid to Taliban in Farah

The Anardarah district in Farah briefly fell to the Taliban control on Monday as the insurgents killed the police chief of the district and several other security forces there. Musa Khan Nasrat, a member of parliament representing Farah, attributed the Taliban’s latest gains in Farah to sophisticated weapons the insurgents have allegedly received from Iran. “Iran is involved in supporting the Taliban in the western zone, particularly in Farah Province, which shares border with that country, and secretly empowers this group. Taliban freely travels to Iran through Anardarah District and receive support [in Iran].” He called on the government to shut down border crossing between Farah and Iran. Several Afghan analysts echoed similar concerns about Iran’s aid to the Taliban.

According to Afghan government officials and members of parliament, Iran funds, shelters, trains, and arms the Taliban for several reasons. Some local authorities in Farah believe that the IRGC empowers the Taliban in Farah to prevent the construction of hydroelectric dams, which would reduce the flow of Afghanistan’s waters into Iran. “Iran does not want this Bakhshabad dam to be built in Farah and therefore Farah is constantly insecure,” Dadullah Qani, a senior member of Farah’s provincial council, told the Afghan media this week. He urged Tehran to stop supporting the Taliban.

Lately, the Afghan government has become more vocal about Iran’s relationship with and support for the Taliban. Lieutenant General Mohammad Sharif Yaftali, the Chief of General Staff for the Afghanistan National Defense and Security Forces, for example, said in an interview with BBC Persian that the Kabul government has evidence that Iran is providing weapons and other military assets to the Taliban in western Afghanistan.

From denial to publicity

In the late 1990s, Iran considered the Taliban a national security threat, backed anti-Taliban Afghan resistance forces, and almost invaded Afghanistan to punish the Taliban for killing its diplomats in northern Afghanistan. But relations between the two ideological nemeses gradually began to thaw after 2002 as Iran saw the American troop presence in its eastern neighbor as a bigger threat.

While most Taliban leaders sought refuge in Pakistan, Iran also provided sanctuary to many leaders of the group; and in the years ahead, the Islamic Republic – albeit to a much lesser extent compared with Pakistan – helped the Taliban regroup and mount a fully-fledged insurgency against the United States and its allies in Afghanistan. Both Tehran and the Taliban denied cooperation during the first decade after the US intervention, but the unholy alliance is no longer a secret and the two sides now unapologetically admit and publicize it.

In December 2016, for example, Iran’s ambassador to Kabul, Mohammad Reza Behrami, sent shockwaves across Afghanistan by announcing that his government maintained contacts with the Taliban for “control and intelligence” purposes. Tehran “formalized” its partnership with the Taliban in early 2014, when it opened an office for the terrorist group in Mashhad, the capital of Khorasan-e Razavi Province near Afghanistan’s Herat Province.

Nor are the Taliban reticent about their relations with Shiite Iran anymore; on the contrary, the terrorist group boasts that its ties with Iran, Russia and China signify its “legitimacy and recognition” by regional and world powers. In October 2016, a Taliban official told Pakistan’s Express Tribune that Maulvi Nek Muhammad, a veteran Taliban leader, was now the group’s special envoy to Iran. Taliban delegations have also visited Tehran to “seek military aid.” When a US drone killed Taliban leader Mullah Mansur in Pakistan, he was returning from a trip to Iran.

It is also worth noticing that the Iranian state-run media no longer describes the Taliban as an enemy. Quite the contrary, IRGC-affiliated publications now hold a favorable view of the terrorist group. A lengthy analysis piece in Tasnim News Agency, for example, argued a week ago that the increasing influence of the Taliban in neighboring Farah province not only poses no security threats to Iran but serves the country’s national security interests. It said that the Taliban cleared Farah of ISIS and has pledged that the group will keep friendly relations with Iran and other neighbors of Afghanistan.

The article pointed out that militants raised the first ISIS flag in Afghanistan in Farah Province, and commended the Taliban for defeating ISIS-linked groups in the region. “The Taliban are trying hard to maintain control of their regions and to prevent Daesh [ISIS] infiltration, and this has been the reason the presence of Daesh in these regions have reached its nadir.” The article also noted that the TAPI project passes through Farah, which makes the province strategically significant for all stakeholders in the Afghan conflict. It said Saudi Arabia is trying to become a more influential player in Afghanistan, citing that Riyadh has pledged to help finance the TAPI project. In addition, the article accused Qatar of promoting religious extremist ideology in western Afghanistan, specifically pointing to Qatar’s funding for reconstruction of mosques in Farah.

Because of Farah’s shared border with Iran, the article alleged, Gulf countries are seeking to increase their influence and presence in Farah “under different pretexts.”

Tasnim also raised concern about improving relations between Kabul and Riyadh, citing frequent visits by Afghan officials to Saudi Arabia and alleging that Gulf states intend to establish military bases in Afghanistan, including one in Farah.

Since the 2001 US military intervention in Afghanistan, Tehran has provided measured support to Taliban groups to achieve several key objectives: to accelerate the withdrawal of US troops from its eastern border; to use its ties with the Taliban for its geopolitical agenda in South and Central Asia as well as in the Middle East; to pressure the Afghan government for political concessions; and lately to establish a buffer zone in western Afghanistan against a potential threat of Islamic State. While the IRGC may see the Taliban's growing influence in western Afghanistan serving Tehran's interest, the growing instability in western Afghanistan will have adverse consequences for Iran's security in the long term.