America’s reputation and local actors in a trust vacuum 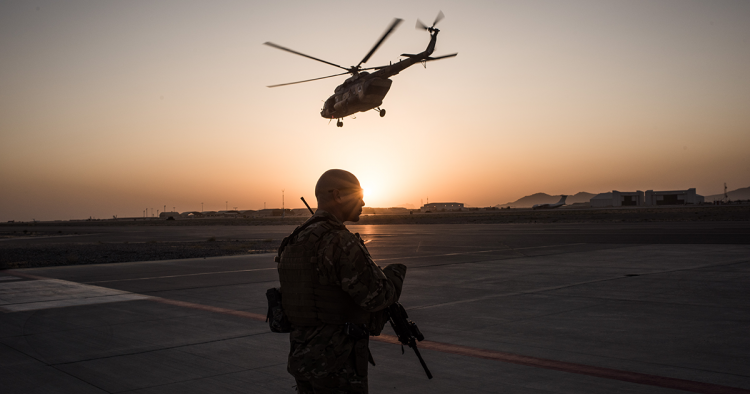 The rapid collapse of the U.S.-supported Afghan government after the withdrawal of U.S. troops raised a number of questions about America’s credibility and reputation in the eyes of its allies, especially those who had participated in and contributed to the 20-year war. Analysts and commentators have focused on how NATO member states or the European Union now perceive the U.S., but it is also important to consider the perspective of non-state groups or individuals who served or could serve as local partners for the U.S. government and military. By itself, the withdrawal from Afghanistan may not greatly affect how local partners perceive the U.S. But in combination with several other foreign policy decisions since 2019, the withdrawal will worsen America’s reputation among local partners and could greatly hinder its ability to achieve its foreign policy objectives and ensure regional stability in key locales.

America’s credibility and reputation are important for a number of reasons. First, local partners often offer critical support to the U.S. for the implementation of strategic missions. But the U.S. cannot create these local partners from scratch, and as Sara Plana’s work makes clear, they can walk away from, ignore, or distance themselves from the U.S. If local actors do not trust the U.S., this could mean that more resources might be needed to generate cooperation and achieve strategic objectives. Alternatively, non-state groups or individuals could turn to rival powers such as Russia or China. Second, the credibility and reputation of the U.S. are necessary to incentivize cooperation with policies that create regional stability. For instance, being a credible guarantor is essential for securing peace agreements that involve local non-state groups or individuals; without that credibility, the U.S. would find it more difficult to incentivize cooperation with key policies and goals.

To achieve strategic and political objectives around the world, the U.S. government and military work with local partners who can be individuals, such as translators, or non-state groups, such as the Syrian Kurds. Stronger ties between the U.S. and local partners facilitate progress toward shared goals, whereas weaker ties raise the costs of implementing policy, limit the degree to which certain objectives are achieved, or even lead local partners to collaborate with rival states.

Over the past few years, the U.S. government has made some decisions or poorly implemented policies that together have weakened its credibility and reputation among local partners. In Afghanistan, reports indicate that the U.S. embassy was slow to process visa applications from Afghan local partners, and President Joe Biden raised the annual cap on refugee admissions to 125,000 just recently. The lack of support for processing visas has meant that thousands of Afghans, who were critical to the U.S. mission, remain trapped in Afghanistan. Many already have much to lose in the wake of a Taliban takeover (e.g., some women), but this baseline risk could intensify as a result of partnering with the U.S.

Afghanistan is just the most recent example. In December 2020, the Trump administration recognized Morocco’s claims over the contested territory of the Western Sahara. The move sparked outrage across the political spectrum, with people from John Bolton to global progressives advocating that President Biden reverse course. The Western Sahara is home to the Sahrawis and the Sahrawi Arab Democratic Republic (SADR). This group of people struggling for independence from Morocco is represented by the Polisario Front, which for years has governed and administered Sahrawi refugee camps in unoccupied areas of Western Sahara, has secured recognition of sovereignty by several United Nations member states, and is a member of the African Union. Although the U.S. has not directly partnered with SADR, its cooperation with the U.N. peacekeeping mission and an ostensible plan for a referendum are critical for maintaining regional stability. The sudden American recognition of Morocco’s claim to the Western Sahara — and not SADR’s — has jeopardized any eventual implementation of a U.N.-mandated referendum and fueled tensions in the area. An escalation of violence could directly imperil the Sahrawi people as well as regional stability, and the U.S. could have fewer credible incentives at its disposal to prevent future violence. According to Ned Price of the U.S. State Department, the U.S. is “consulting privately with the parties about how best to halt the violence and achieve a lasting settlement” in the Western Sahara. Given the recent mercurial policy reversal under the Trump administration, however, it is unclear how much leverage the U.S. will have in securing cooperation now and in the future.

But SADR and the Polisario Front were not the first group representing persons seeking independence or autonomy that the U.S. abandoned. In 2019, the Trump administration announced that, after working with the Syrian Kurds to defeat the Islamic State, the U.S. military would move aside for Turkish forces to assault Kurdish forces in the region. During the Syrian civil war, some Kurds wanted autonomy and independence, and Syrian Kurdish forces constructed their own governance institutions in the territories they controlled. The consequences of Trump’s actions were swift and violent: a recent U.N. report describes abuses and victimization of Kurds in Syria, sometimes while Turkish forces were “aware” or “present.” The Kurds instead turned to Russia, which still maintains a presence in the region, consequently strengthening Russia’s influence and limiting America’s role.

In all three cases, surprising or inadequate policy planning put local partners and other actors at risk. From a global perspective, local partners are central to the pursuit of political and strategic objectives. During conflicts or disasters, non-state organizations have also delivered humanitarian aid in places where the state cannot reach, fought alongside U.S. troops, or agreed to processes that ensure regional stability. The absence of trusting local partners, or the presence of local partners who limit their cooperation with the U.S., raises the costs of achieving policy goals.

But for these local partners, working with the United States is not a just a small component of a broader global agenda. Rather, what’s at stake is often their lives and livelihoods, as well as those of their families. Where Americans might evacuate in the wake of failure, that option is seldom available to local partners. These three recent decisions and poor planning fly in the face of U.S. values. If working with local partners can mitigate conflicts and disasters, then the inability to work with them will have the opposite effect. Abandoning local partners can also imperil persons who have made sacrifices to support the U.S., or who wish to work towards shared goals. There is also a global strategic impact. Russia already has a strong military presence in the Middle East, and China is increasing its economic expansion through the Belt and Road Initiative. Ultimately, a trust vacuum could lead to greater influence for these global powers — at the expense of the U.S.