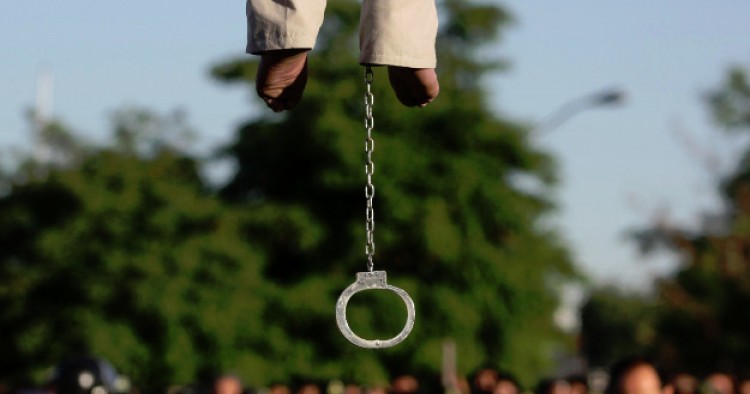 The Amnesty International Report 2016/17 released yesterday blasted the Iranian regime’s record of human rights abuses, particularly acts of torture and imprisonment of political activists after unfair trials, discrimination against ethnic and religious minorities, and an alarming number of executions. “The authorities heavily suppressed the rights to freedom of expression, association, peaceful assembly and religious belief, arresting and imprisoning peaceful critics and others after grossly unfair trials before Revolutionary Courts,” the report stated. “Torture and other ill-treatment of detainees remained common and widespread, and were committed with impunity. Floggings, amputations and other cruel punishments continued to be applied. Members of religious and ethnic minorities faced discrimination and persecution. Women and girls faced pervasive violence and discrimination. The authorities made extensive use of the death penalty, carrying out hundreds of executions, some in public. At least two juvenile offenders were executed,” it added.

Comment: The Amnesty International’s report provides further evidence showing that Iran’s appalling human rights record has not improved under President Hassan Rouhani in the past three and a half years. As documented in the report, the regime’s acts of repression against journalists, political and human rights activists, and ethnic and religious minorities have only increased in recent years. Under Rouhani’s watch, a new Law on Political Crimes took effect last June which criminalized all expression that the authorities perceived “against the management of the country and its political institutions and domestic and foreign policies.” As the report notes, Rouhani has also failed to stand up to the country’s repressive judicial authorities that continue to “impose and carry out cruel, inhuman or degrading punishments that amounted to torture, including floggings, blindings and amputations.”

Last month, the U.S.-based Human Rights Watch in its World Report 2017 also noted that President Hassan Rouhani has not delivered on his 2013 campaign promise to improve the human rights situation in Iran. “As Rouhani faces elections for a second term in May 2017, the hardline factions that dominate the security apparatus and judiciary continued to crackdown on citizens for the legitimate exercise of their rights, in blatant disregard of international and domestic legal standards,” the report stated. “Iranian dual nationals and citizens returning from abroad were at particular risk of arrest by intelligence authorities, accused of being “Western agents.”

The damning reports by international human rights organizations come as Rouhani, who is seeking reelection in May, is also under increasing pressure from his reformist at base at home to improve the country’s worsening human rights situation. In December, Rouhani unveiled a “Citizens’ Rights Charter” that he promised would guarantee Iranians’ individual rights and civil liberties. But his overdue and symbolic gesture has provided little assurance to Iranians who criticize the president for not standing up for their social and political rights.

Instead of taking practical measures to address international and domestic concerns, Iranian authorities categorically dismiss all cases of rights abuses in the country. Iran’s Judiciary Chief Ayatollah Sadegh Larijani describes all criticism of Iran’s human rights record as “Islamophobia,” while his brother Mohammad Javad Larijani, who heads head Iran’s High Council for Human Rights, condemns the United Nations’ plan to appoint a new special rapporteur for human rights in Iran. “Designating a special rapporteur for Iran is unjustified and is a byproduct of great powers’ politics and interference in human rights issues. This is a double-faced and hypocritical approach.”