The Army in Afghanistan, from Abdur Rahman to Karzai 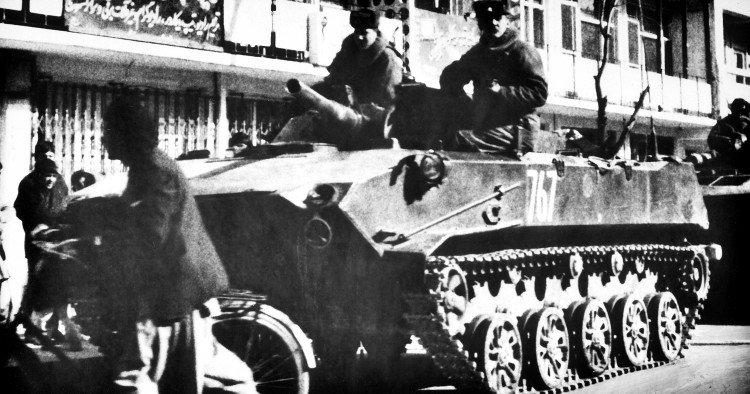 The project to develop a modern army has been at the heart of the state formation experience in Afghanistan since the emergence of the modern Afghan state in the mid-19th century. A historical survey of the military-building efforts of the various regimes that ruled Afghanistan over the past two centuries reveals a distinct pattern. Two models of military development and organization can be identified. The first favored the creation of a modern, centralized institution inspired by the Western example and can be referred to as the modernization model. The second, which can be called the hybrid model, is underpinned by a compact between the central state and tribal actors in the periphery and comprises a fusion of traditional practices and structures with a limited centralized military apparatus. The Afghan state has vacillated between these two paradigms, with the shifts between them often mirroring the conflict cycle.

An evaluation of the impact or effect of these models on the state building process and conflict dynamics also provides instructive conclusions. The application of the modernization model has tended only to provide transitory stability, largely dependent on the availability of external rents. The hybrid model, in seeking to reconcile tribal and modern structures and norms, has tended to foster greater stability and social peace. It only has broken down due to external intervention or the emergence of a radical domestic modernizing agenda.

The internationally sponsored state building process launched after the fall of the Taliban regime in 2001 has favored the modernization model, and like previous efforts to apply this approach, it has proven inadequate to contain domestic sources of insecurity. Frustration over the slow pace of change and numerous setbacks encountered in the implementation of this military modernization agenda have prompted Afghanistan’s state builders to experiment with elements of the hybrid model, such as the mobilization of militia groups to supplement the formal security forces. However, the process continues to rely overwhelmingly on the construction of centralized military structures that closely imitate Western military institutions. Despite historical trends, it is not clear whether jettisoning the modernization model in favor of the hybrid model would bring greater stability and security to contemporary Afghanistan, as the socio-cultural milieu has changed over the past three decades. Civil war transformed traditional Afghan society, facilitating the emergence of a new stratum of elites whose power is derived from their access to weapons and illicit markets rather than tribal or religious authority. While the scope of this transformation has varied in different parts of Afghanistan, it has nonetheless altered the state-society and center-periphery relationship in a manner that could impact the efficacy of the hybrid model.

The Development of the Afghan Army in Historical Context

Efforts to create an effective centralized Afghan army gained momentum in the late 19th century, first under Amir Sher Ali Khan (r. 1863-1878), credited with founding the modern Afghan army, and later under Abdur Rahman Khan (1880-1901), widely perceived to be the founder of the modern Afghan state. While the Durrani dynasty that ruled Afghanistan from 1747 to 1793 primarily relied on tribal levies (lashkars) to enforce their authority, Abdur Rahman endeavored, with British subsidies, to make the central army the main instrument of state power.[1] Although he was intent on curbing the dependence of the Afghan state on the tribal chiefs, he recognized that he could not completely sideline them. Accordingly, he adopted a hybrid military model that featured a centralized army at the center that was built and sustained with the support of the tribes. This approach was exemplified by the system of conscription instituted by Abdur Rahman, the hasht nafari or “eight person” system. It required one in eight Afghan men to serve in the military and gave village and tribal leaders the authority to select those who would fill state quotas. The families of those individuals spared from service were responsible for supporting the conscript’s family, a policy enforced by the tribe.[2] As Kristian Berg Harpviken states, “Abdur Rahman was able to exploit existing, or ‘traditional,’ organization in the service of the modernizing state.”[3]

Abdur Rahman’s grandson, Amanullah Khan (1919-1929), diverged from the hybrid model of his grandfather, advancing a more radical modernization agenda that sought to remove all vestiges of tribal authority from the army through the creation of a smaller, streamlined force trained by Turkish advisors. The confrontation with tribal society that this approach precipitated led to the collapse of his regime in 1928. The Musahiban Dynasty (1929-1973) reverted to the hybrid model of Abdur Rahman. It used foreign grants to reestablish the central army while also reinstating the hasht nafari and the tribe’s indispensable position in recruiting and sustaining the force. They recognized the limitations of a state-imposed societal transformation, moderated their objectives, and sought to enact a compromise with traditional forces in Afghan society. This approach facilitated a level of peace and stability almost unprecedented in Afghanistan’s modern history.

The Musahiban monarchy unraveled in 1973 when President Muhammad Daoud Khan (r. 1973-1978) seized power in a coup d’état, declared a republic, and forced King Zahir Shah into exile. Daoud sought to reorder state-society relations in Afghanistan, tipping the balance of power away from the tribes and in favor of the state. With Soviet assistance, Daoud further modernized the army, opening military training facilities and boarding schools intended to create a new generation of officers detached from tribal influence. Perhaps most importantly, Daoud, like Ammanullah, dispensed with the hasht nafari and introduced universal conscription. While this was a period of increasing assertiveness of the state in which the tribe’s historical position in Afghan society showed signs of weakening, it was also a time of growing political instability.

In April 1978, pro-Soviet Army officers belonging to the People’s Democratic Party of Afghanistan (PDPA) overthrew the Daoud government. The PDPA regime intensified Daoud’s modernization policy. An influx of Soviet troops, advisors, and military aid was designed to create a massive, centralized security apparatus capable of subduing the tribal periphery. As with the Amanullah regime, efforts to dominate and transform the tribal periphery aroused resistance from traditional forces, this time coalescing around Islam in the form of the mujahidin, which led to the withdrawal of the Soviet Red Army in 1989 and the weakening of the government and its institutions.

The Communist government under Najibullah survived for three more years, due in large part to its application of a hybrid military model, as evidenced by the mobilization of informal militia groups. With his army under increased pressure due to the withdrawal of Soviet forces, Najibullah enhanced the regime’s dependence on qawm[4] and tribal militias. He brokered new arrangements with militia groups, primarily in the north, to protect key roads, security installations, and economic assets. By 1990, the number of armed men in government-allied militias stood at an estimated 60-70,000, twice the size of the regular army. However, this compact between state and tribe was more unstable than in previous eras due to the war’s transformation of tribal society. The state was now dealing with factional, ethnic, and warlord militias rather than just tribal chiefs. Securing their allegiance required extensive bargaining and trade-offs and was more vulnerable to changes in political or economic dynamics. These new elites were conflict entrepreneurs that appeared less bound by the tribal conventions, customs, and codes that had imbued the state-tribal compacts with a semblance of stability and predictability. Reflecting the significance of this change, it was the defection of one of the largest government-allied militias led by General Rashid Dostum that triggered the collapse of the Najibullah regime.

The post-Taliban state-building process returned Afghanistan to the modernization model employed by Amanullah, Daoud, and the PDPA. The United States, together with several allied donors, set out to create a modern Western-styled military apparatus capable of projecting power across the country. The US eschewed existing structures and historical experience in building the Afghan National Army (ANA), choosing instead to construct the institution anew from the ground up. Although the ANA has gradually grown in numbers and effectiveness, reaching 80,000 troops by 2009, it has not been able to quell the growing unrest centered primarily in the Pashtun belt in the southeast. Afghanistan’s state builders have responded to this threat in two ways: First, they have flirted with the notion of moving toward the hybrid model, implementing several initiatives to recruit tribal forces to supplement and reinforce the formal security apparatus, including the Afghan National Auxiliary Police[5] and Afghan Public Protection Force.[6] Western officials have romanticized the notion of tribal self-defense forces epitomized by the arbakee, “a sort of tribal police … legitimized and controlled by tribal elders.”[7] Although only indigenous to rural Pashtun areas of southeastern Afghanistan (Paktia, Paktika, and Khost), it has been presented by some donor officials as a panacea for the whole country.

Similar to the Najibullah period, attempts to empower militia actors have run into the face of a tribal society in the midst of structural change. Many traditional security systems and norms active during the Abdur Rahman and Musahiban eras are no longer alive or viable in some parts of Afghanistan, illustrating the fluidity of culture and tradition in the face of historical change and societal upheaval.

Second, state builders have shown signs that rather than shift paradigms to a hybrid model as a means to address the security crisis, they may radicalize their modernization agenda through a large-scale expansion of the ANA and security apparatus, much in line with the strategy of the PDPA regime three decades earlier. Over the past eight years, the force target of the ANA gradually has increased from 70,000 to 134,000 and there are calls to expand the force ceiling to over 200,000.

History has shown that the hybrid model is the most effective approach to building and maintaining an army and security apparatus in Afghanistan. However, the transformative impact of the war may have made it less viable. By contrast, any effort to intensify the modernization model as a means to cure Afghanistan’s security ills can only work if external actors are willing to support and subsidize the force indefinitely. This was a commitment neither the British nor the Soviets were willing to make — resulting in the fall of their client regimes — and it appears unlikely that the current configuration of Western state builders will show greater resolve. What is clear is that the current approach is not working, and in line with Afghan history, a paradigm shift is needed. It may involve a new type of compact with rural traditional society, one based less on traditional norms and conventions and more on modern ideas of social empowerment and power sharing. On the other hand, the current state building process and the regime it has inaugurated may itself have to fail before a more viable alternative can emerge.

[4]. Qawm is often translated as tribe, but in actuality refers to any form of solidarity, whether based on kinship, residence, or occupation. See Barnett R. Rubin, The Fragmentation of Afghanistan: State Formation and Collapse in the International System (New Haven: Yale University Press, 1995), p. 25.