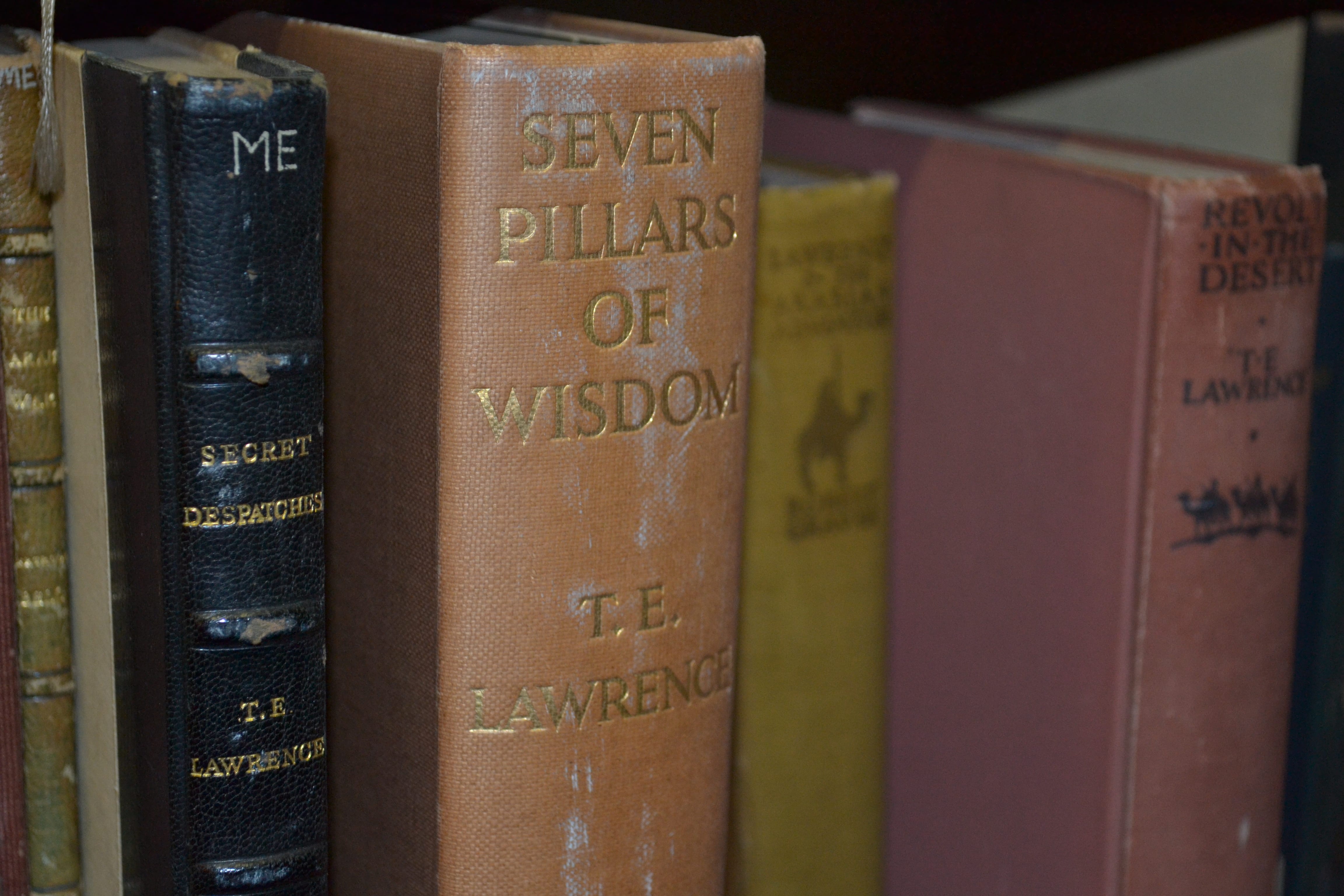 Our collection features three works written by T.E. Lawrence, the famed Lawrence of Arabia. His magnum opus, Seven Pillars of Wisdom, is perhaps one of our most prized items at the Oman Library—a tenth edition copy printed in 1937. Seven Pillars is Lawrence’s full tale of the Arab revolt against the Ottoman Turks in the First World War, and this copy is filled with striking depictions and images (mostly in pastel or pencil) of various important figures of the revolt as well as four beautifully detailed maps of Lawrence’s travels across the region. Seven Pillars builds off of Lawrence’s earlier abridged version of the same material, Revolt in the Desert, which was first printed in the United States in 1927. Of that first printing we have a copy replete with several beautiful illustrations.

The third text is a copy of Secret Despatches from Arabia, the contents of which were primarily extracted from letters from Lawrence that were first published in The Arab Bulletin, an intelligence publication that operated in Cairo during the latter years of the First World War. The Oman Library’s copy is a 1939 edition with minor corrections assembled by T.E.’s younger brother Arnold Walter Lawrence. The letters contain a variety of interesting analyses of military forces and movements during the revolt, comments on Arabian society and governance, and Lawrence’s own "Twenty-Seven Articles" of advice on etiquette and behavior for British advisory officers of Arab forces.

These three texts provide excellent (though not infallible) first-hand accounts of the Arab revolt and the British involvement in furthering the revolt. They also give insight on Lawrence himself, his habits and personality, his training and expertise, and his inclinations and aspirations. They are essential reading for any scholar working with either of these two topics. These works may also be useful for scholars exploring Arabian culture and society, Arabian identities and nationalisms in the early twentieth century, or the evolution of Western and pan-Arab understandings throughout the modern era.

Other sources on Lawrence or the Arab revolt within the Oman Library collections include: