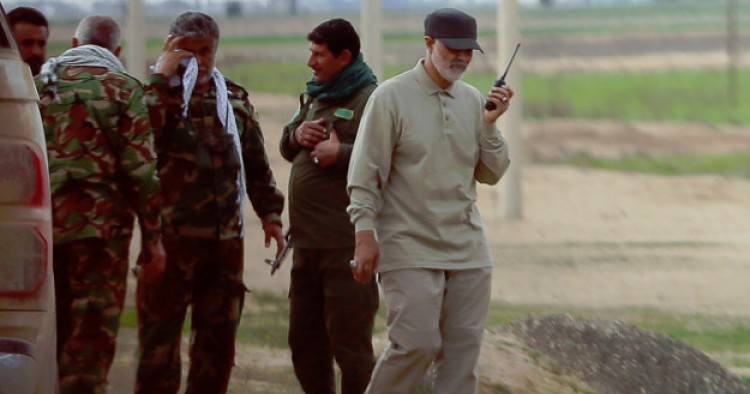 Iran’s security forces threaten Afghans living in Iran to go to Syria to “fight for Syrian President Bashar al Assad or be deported to Afghanistan,” according to a report the Pakistani Dawn newspaper. The report profiles a 22-year-old Afghan, Imam Ali, who accepted an Iranian government offer of $700 a month and a residence permit in Iran to deploy to the Syrian conflict. “Ali earned less than $300 a month in a Tehran shoe-making factory, so the offer proved difficult to reject,” the report said. Ali, a Shiite Hazara from Afghanistan’s Bamyan Province, had been in Iran only for four months when the Iranian police gave him the ultimatum to join the Afghan Fatemiyoun Division in Syria. Ali’s brother said the Syrian conflict is “a religious fight that allows Iran to continue to use Afghan refugees for their own benefit.” A Shiite religious leader in Bamyan, Mullah Sajad Mohseni, accused Iran of playing a dangerous game with the Afghan refugees. “Any Afghan going to Syria is going under the influence of Iran.”

Comment: The Fatemiyoun Division consists of thousands of Afghan Shiites recruited by the Islamic Revolution Guards Corps (I.R.G.C.) from the Afghan refugees and migrant workers living in Iran as well as Shiite Hazaras from inside Afghanistan. A senior Iranian official revealed earlier this year that 18,000 Afghan Shiites were now fighting in Syria, and Afghan militants played an instrumental role in the seizure of the Syrian city of Aleppo in December. Last year, I.R.G.C. Quds Force Commander Major General Qassem Soleimani acknowledged that the Afghans’ participation in the Syrian conflict had been very “productive,” and that it had also elevated the status of the Afghan refugees inside Iran. “Today, praise be to God, Afghans are looked at with a different view, different respect. Graves of Afghanistani [Afghan] martyrs are treated like the graves of imamzadeha [sons or grandsons of 12 Shiite imams],” the Quds commander explained.

Although the Iranian government deny forcing Afghan refugees to fight in Syria, the Afghan media and international human rights organizations have reported that the Iranian authorities recruit Afghan Shiites to fight in Syria in exchange for Iranian citizenship and financial rewards. Last year, Iran’s parliament passed a legislation granting the government permission to issue citizenship to non-Iranians fighting on Iran’s side – which drew angry reactions in Afghanistan. Over the past two years, the Iranian state-run media has significantly raised the profile of Afghan and Pakistani combatants. I.R.G.C.-affiliated websites publish photographs of Suleimani’s visits to Fatemiyoun units in Syria, and the state-run Islamic Republic of Iran Broadcasting often airs documentaries about the Fatemiyoun Division, lionizing its combatants and encouraging more Afghans to join in.

Interviews with Fatemiyoun militants with the Afghan media demonstrate that the I.R.G.C. recruits destitute and undocumented Afghan refugees by offering them permanent residency, financial aid, and other incentives for their families. Others say they joined Iran’s war in Syria to escape prison sentences. Of some 2.5 million Afghans living in Iran, a third are registered as refugees while the remainder are mostly illegal economic migrants.

The increasing role of Afghan and Pakistani Shiites in defending the Assad regime comes at a time when their fellow Sunni countrymen are fighting on the opposing side in Syria – sparking fears that they will fuel sectarian tension in their respective countries once they return. “It is likely that Sunni and Shiite Afghans fighting in Syria and Yemen return someday and their sectarian grudges get them to fight each other at home,” warned Afghanistan’s largest daily Hasht-e Sobh.